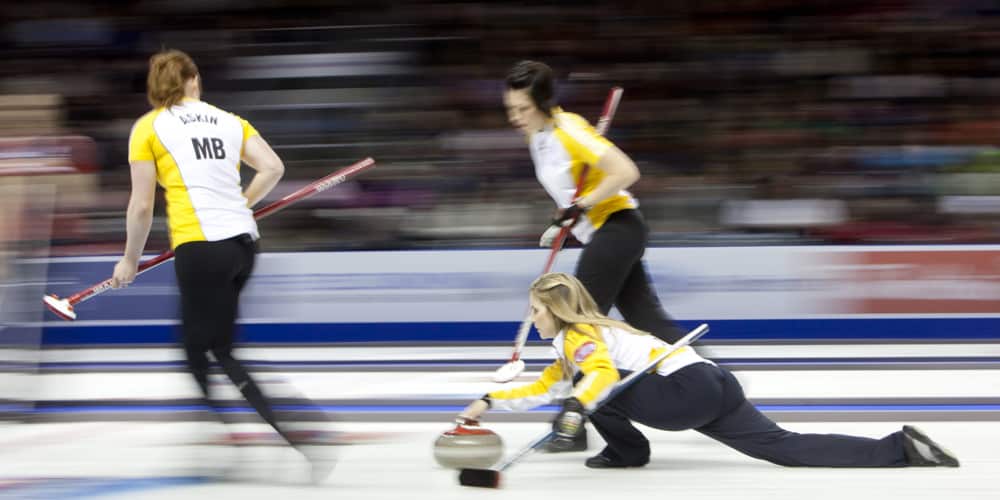 One day I said to Sean, “I think we should do a Scotties Tournament of Hearts and Brier preview.”

“What the hell is that?” Sean asked.

“They are the biggest curling tournaments outside of the Olympics.”

“Yeah, I think so let me check…. Yeah! *REDACTED* has odds*, also maybe we can get a curler to come on the podcast and talk about them?”

“You think you know someone?”

*An unnamed site has since pulled its lines, running scared from Degen Nation. But there are still sites with odds to win outright, group winners, and even match-by-match lines!

That my degenerate friends is why we are talking about the Scotties Tournament of Hearts. And why Tyler George, the vice of the US Men’s Gold Medal team from 2018, will be joining Sean and Kramer on the podcast as well.

For those uninitiated, the Scottie’s and Brier are like the March Madness of Curling. In a normal year, you have tournaments in every province in Canada to determine which rink, team, is the best in the land. All of those winners then descend on a central location to compete for the title of best men or women’s team in Canada and go to represent the great North at the World Championships. This year has a loaded field and some big-time odds to cash on, so get in on the action ASAP and enjoy the Scotties eh.

Like any great tournament, the Scotties features a group round and a final knockout stage as well. Pool play runs from Friday, February 19 through Thursday, February 25, all matches on TSN which usually means they are available on ESPN3 for you Americans. After that, the top four from each group will advance to the championship pool where they play every team from the other pool. The top team after that has earned a spot in the finals, while second and third place will battle it out in the semifinals. Here is more of an explanation and here is a breakdown of which teams are in which pools.

How should you bet on the Scotties Tournament of Hearts? Well, you are going to need to spread yourself out on a few different teams as this year has a high likelihood of being chaotic. There has been a hiatus from playing in high-level curling bonspiels, tournaments, this year. The only provinces to actually do playdowns were Prince Edward Island, Newfoundland and Labrador, and the Northwest Territories. Every other team was selected based upon their performance during the 2019-20 season, including three wild-card teams. Spread your action over some favorites and some underdogs to give yourself the best chance to win, especially since you get plus odds across the board.

Poke around a bit for where to bet, you may even stumble upon some match lines and over/under action as well as outright and group win odds.

Homan hits off one to roll to the centre and score three points against Jennifer Jones in the #BoostNational semifinals. #GSOC pic.twitter.com/y0223ZDkyU

Yeah, they are the favorites and are only +195 to win it all. However, they are still plus odds and Rachel Homan’s team has been on a tear since 2017. They won the Scotties in 2017, were in the Olympics in 2018, and placed second in 2019 and 2020. Homan has been THE force in Canadian women’s curling as of late. Heading into the 2021 tournament, they were placed in Pool A which has fewer of the top contenders. Their main competition will be from 2020 champion Kerri Einarson, but Homan will almost certainly be in the Championship Pool with a good shot at making the semi-finals. Sure, this team has not been in a competitive curling situation in a few months, but they have the talent and experience to rise above it.

This Wild Card squad is actually ranked higher than the actual Team Manitoba. Actually, they will not even be lead by their skip, Tracy Fleury. So this Manitoba Wild Card will be lead by two-time Scotties winner Chelsea Carey. Carey moved to Alberta but is leading this Manitoba squad. Last year, Team Fleury just missed out on a wild card birth to the Scotties but had a solid Grand Slam season that saw them in the knockout round four times, including one win. This is a tough and competitive squad, but they have a tough Pool. If 2019 Champ Carey can get on the same page as her team, look for Fleury to make a deep run.

One of the few provinces to actually hold a play-in tournament was PEI and for the third year running, Suzanne Birt and her squad won. This will be Birt’s 12th appearance at the Scotties. She started her career with a bang, going 10-1 in the round-robin, but faltering in the playoffs to finish in third place. Since then Birt has never medaled at the Scotties Tournament of Hearts. This year could be different though. Earlier this season, she did put up two second-place finishes and has some of the most recent competitive curling experience as she successfully won the PEI qualifier. Factor in that Pool B is stacked from top to bottom with talent and a veteran Brit could earn a championship berth.

Speaking of the gauntlet that will be Pool B, Sherry Anderson is a veteran skip who is making her tenth Scotties appearance. Anderson medaled twice, but back in 1994 and 2002. At 57 she is one of the more seasoned skips in the field and was highly ranked in the 2019-20 season. She was ranked 14th at the end of last season and has had success at the Senior Curling Championship, winning gold medals in 2018 and 2019. With a tough schedule in Pool B, and an experienced skip like Anderson could emerge in the Championship round to make a run at a title.

There are 18 teams in this year’s Scotties field and there is talent from top to bottom. 2020 Champ and Team Canada entry Kerri Einarson has been on a tear in the Grand Slam the last five seasons. Coming in at +180 odds to win it all Einarson has an easy path to the Championship pool but may run into trouble against the tougher Pool B teams. At -105 to win Group A, there are better places to lay a bet there.

Team Nunavut is one of the longest shots to win the tournament at +6500 to win it all. However, skip Lori Eddy won second at the 1997 Scotties Tournament of Hearts as vice. She is a curling veteran and could help Nunavut win some matches in a tough Pool B and squeak into the Championship round. You can pick up nice +3700 odds on Eddy to win Group B as well.