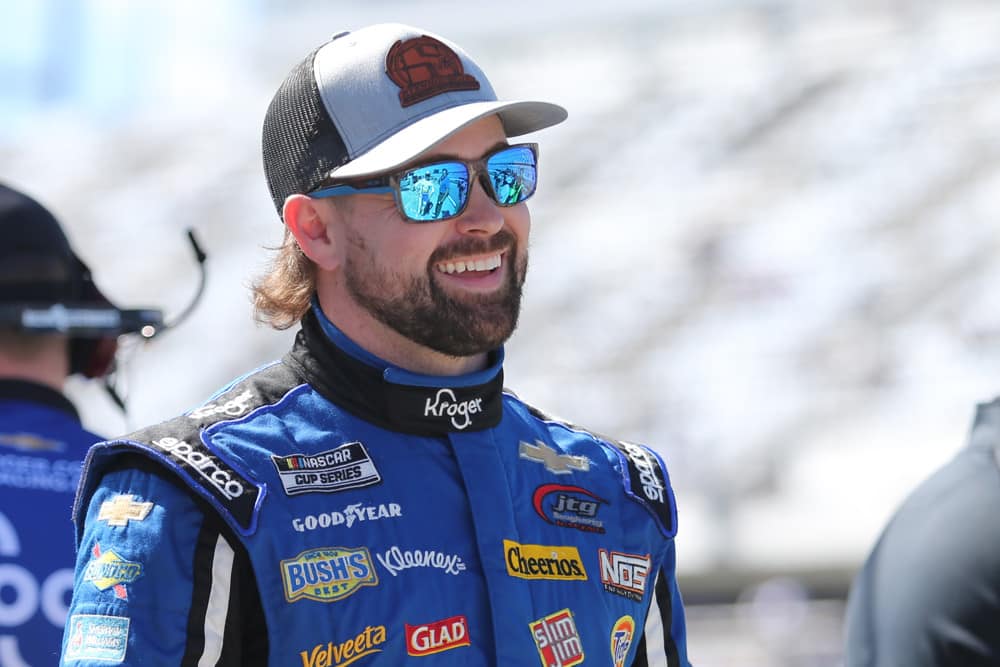 The pro circuit hits the dirt for the first time in 50 years for the first-ever NASCAR Food City Dirt Race at the Bristol Motor Speedway. Drivers have mixed feelings about this event. Some are excited, some aren’t. Some drivers have used other dirt races to prepare for Sunday while others have used iRacing. Most, have left their fate up to chance by not preparing at all. Not much can be predicted going into the weekend given the nature of this race. Suggestions this week come from a variety of data much of which comes from past dirt racing experiences.

This week is also the first race of the season in which there will be actual qualifying. This means that, unlike previous weeks, we won’t know starting positions until Saturday night. So, the following drivers are not weighted by starting position, and place differential won’t be calculated into their value.

Kyle Larson is the hottest car on the circuit right now. Despite his second-place finish last week in Atlanta, he was out front for just about the entire race. Out of a possible 325 laps, Larson led an unbelievable 269 of them. Were it not for a heroic late-race effort from Ryan Blaney from being the first two-win driver of the season. Since Daytona, he has yet to finish worse than seventh. This includes his win in Las Vegas. He’s the favorite, he’ll be the highest owned driver, but all of it won’t be unwarranted. 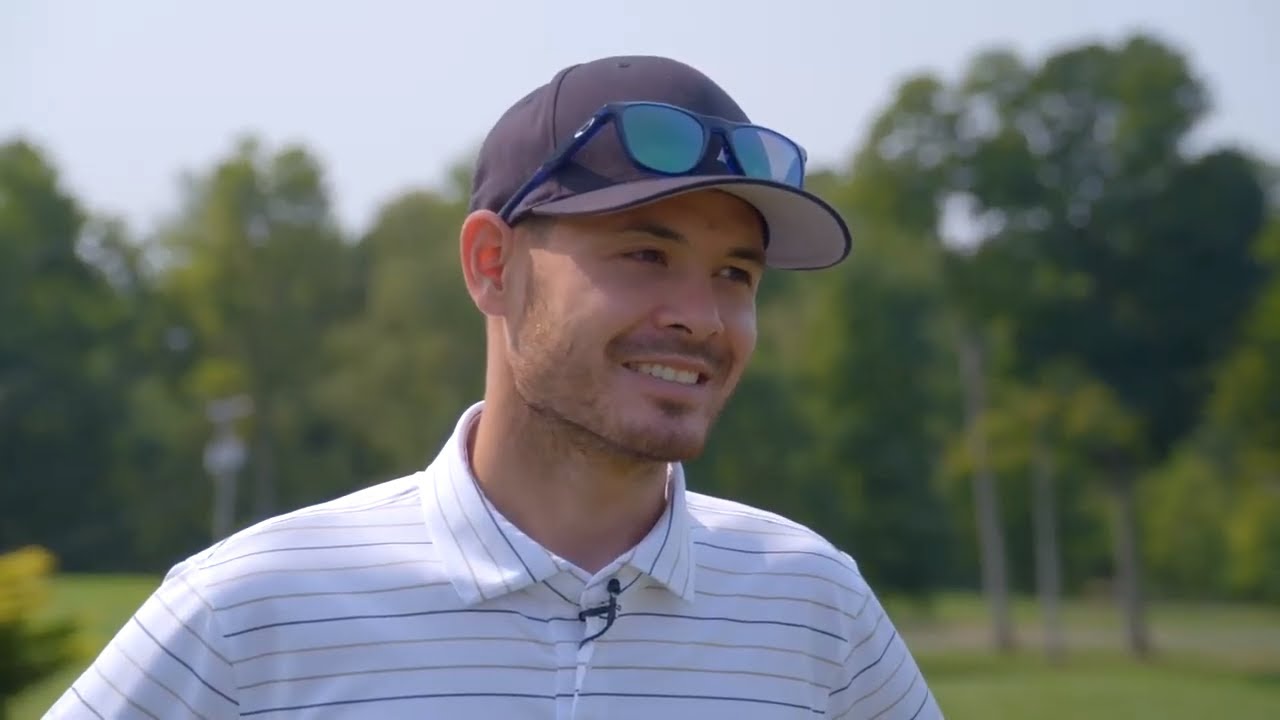 After his Cup series suspension, he took to the dirt and dominated. In fact, he won so many races, other drivers were happy to see him leave. He’s won the Chili Bowl, which is a major accomplishment in the dirt track world. Recently, he finished second in the late model race on the same dirt he’ll run on this Sunday in Bristol. He’ll be a cash game lock and hard to get away from even in tournaments. Don’t go too crazy, but make to have plenty of exposure in your NASCAR Food City Dirt Race lineups.

This will likely be the only time you will ever see Ricky Stenhouse Jr. priced up this high all season. The reason for this is his dirt track background. Like Larson, Stenhouse Jr. spent most of his formative racing years running and winning dirt races in Outlaw cars. While most of the Cup drivers will need a few laps to get their bearing on the new Bristol surface, Stenhouse Jr. will be right at home.

His challenge will be the same as the rest of the field though as up until this week, no one has attempted to run a Cup car package on a dirt track. A lot of his value will come as a result of his qualifying effort. Regardless, his dirt background should make this adjustment a little easier as he grew up pitching it hard into the corners and sliding into the straightaways. It will be a costly one-two punch to roster him and Larson but should be attempted in a few of your entries this weekend.

If You Must Fade

If anyone can win on the Bristol dirt track, it’s Austin Dillion. In fact, he did just that a week ago running the late model race. He led all 20 laps of his feature after starting from the pole. He’ll look to translate that knowledge to his Cup car in the attempts of capturing another NASCAR victory on a dirt track. It’s yet another distinction he owns as he was the first NASCAR driver to win on the dirt since Richard Petty did it in 1970. Dillon won the first Truck Series race at the Eldora Speedway in Ohio in 2013.

I asked Austin Dillon on Wednesday about the possibility that dirt Bristol could revert into old school bump and run Thunder Valley.

On top of his top series successes on dirt tracks, Dillon, like most of the other names here, has an extensive dirt background. Kyle Larson might be the headliner in most people’s lineups due to his dominance last week which puts him in front of mind. Where you can pivot some from that is by rolling out a few Dillon-only lineups for salary relief and cushion in case something were to happen to Larson. He’s a great building block for some NASCAR Food City Dirt Race tournament lineups.

In the same spirit as Stenhouse, Stewart Friesen is this high up in price based on his dirt racing success. He’s been a monster in just about every level of this type of driving. This includes a win in the Truck Series event in 2019 at the Eldora Speedway. He’ll have an advantage on Sunday having some manner of actual racing experience on the track by way of his participation in this week’s truck race.

Stewart Friesen explains why he thinks those who raced trucks at Eldora could have a little bit of an advantage at Bristol this week and how he expects the track to change over the truck and Cup races (interview conducted last Thursday): pic.twitter.com/hhujRu2JJP

Expect Friesen’s name to make several appearances on the broadcast this week. Also expect for his Spire Motorsports Halmar Chevrolet Camaro to be competitive. Of course, this may not be a full fade as many eyes are on him for obvious reasons, but, there may be many casual players out there not familiar with his talents and may not roster him as a result. Here is an opportunity to pick up a small edge on those players.

For The Bargain Shopper

It seems like every week Kyle Busch is offered up as a DFS option. The simple explanation for that is the fact that every week, Kyle Busch is a DFS option. His frustrations so far this season are not due to a lack of talent but some extremely bad luck. Despite the fact that this dirt race poses new and unique challenges, it’s still a Bristol race, and Busch runs very well here. He has 22 wins at this track across all three divisions of NASCAR. Not to mention, he’s proven to be good on just about any track, under any configuration, under just about any circumstance.

He was also one of the drivers that took part in the late model race last week on the dirt track. He hustled his way to Tennessee from Atlanta to finish second place in a qualifying heat. Unfortunately, he only managed an 11th place finish in the actual race. That said, he did gain some valuable information on how the track should handle on Sunday. That’s more than most of his competitors can say. Busch is much cheaper than he’s been most of the season and offers enough potential to sprinkle him into several of your lineups. Your NASCAR Food City Dirt Race tournament rosters would benefit from his presence.

Road-course “ringers,” are drivers most teams bring in for those specialty tracks. Dirt track ringers though may have a better chance to capitalize on their unique skills. We won’t truly know that for certain until the checkered flag. This will be the first time a race like this has been run in over 50 years. That said, when you enlist the services of a proven Outlaw Series champion such as Marlar, you can expect the learning curve to be far less steep than most. Marlar is the lotto ticket you’ll need in order to load up at the top. If he hits big, you’ll be happy you had him in your NASCAR Food City Dirt Race lineup.