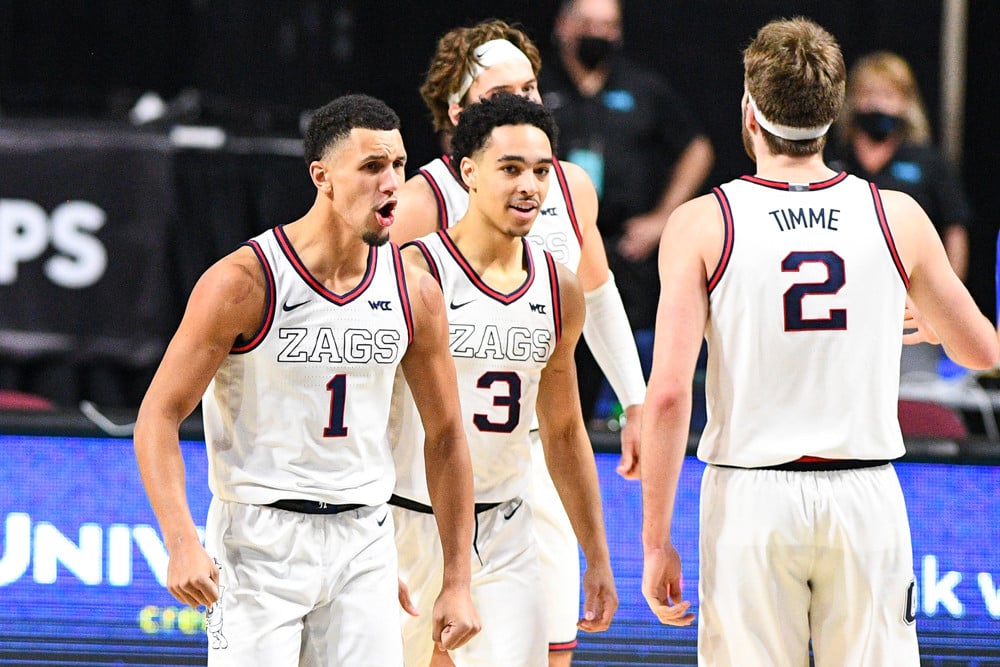 The beginning of this year’s March Madness has been one to behold. Of the sixteen remaining teams, a quarter of them are double-digit seeds, making this one of the crazier tournaments ever. The West Region, however, is the lone region without a double-digit seed left. That doesn’t mean there hasn’t been plenty of upsets though. In fact, the #1 overall seed Gonzaga is the only team left out of the top four. Will that mean smooth sailing for Mark Few’s crew? At this point, who knows.

Drew Timme did exactly what the Zags needed him to in order to avoid the upsets that have been plaguing the higher seeds of the West Region. While drawing attention away from their shooters, he put up 30 points. Meanwhile, he also managed to lead the team in assists and rebounds. That kind of effort is exactly what Gonzaga will need in order to keep their heads above water against some of the other big names in the tournament.

Luckily for them, their next opponent isn’t even one of those big names. Creighton did what they needed to in order to get to the second weekend. After narrowly avoiding an upset against #12 seed University of California Santa Barbara, the Blue Jays looked a little more assured against #13 seed Ohio.

Neither of those games instills enough confidence in me to think they can come close to covering the spread. The problem for Creighton ultimately is their pace of play. They like to slow things down quite a bit. According to KenPom, they rank 132nd in tempo. Because of the speed at which they play, Gonzaga should make it look easy to move on to the West Region final.

Oregon has the unique experience of being the first team in the modern tournament era to make the Sweet 16 with only a single win. After VCU was unable to field a team due to COVID protocols, Oregon advanced on a no-contest. While some thought that might hurt them in the second round, it did not. The rested Ducks came out firing on all cylinders. They got hot and stayed hot, shooting 44% from 3 and racking up 95 points on Iowa.

USC had a phenomenal shooting day themselves during the second day of the tournament. They managed to hit 61% of their 3s en route to an easy victory over Kansas. They also held the Jayhawks to just 29% shooting. Some of this may be due to the staunch defense of USC, but more likely it is due to the COVID issues and lack of extra practice finally catching up with Kansas.

While USC won the lone meeting between these two, Oregon has looked like the far more polished team since then. With the exception of a hiccup against Oregon St, Oregon has won nearly every game comfortably. Having taken out a tough Iowa team last time out, I’ll side with Oregon here, especially getting the points.

The pick for the West Region at the beginning of the tournament was Gonzaga. The pick now is still Gonzaga.

The consensus #1 team in the country has handled every task thrown their way all year. Now with the #2, #3, and #4 teams in their bracket all having been shown the door, Gonzaga seems to have one of the easier paths to the final 4. As much as you can expect something in this wild March Madness, you can expect Gonzaga to take the West.