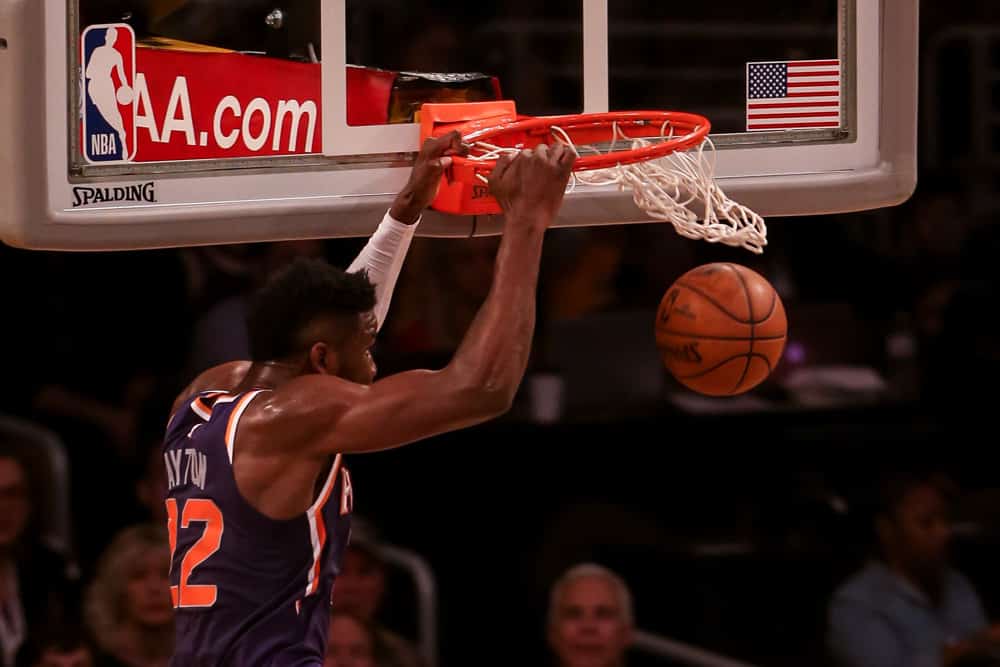 The NBA Gambling Podcast  starts off the second half of the season with Dan “The Prop God” Titus and Munaf “The Machine” Manji.   The guys discuss NBA picks Thursday which features 11 games. The guys breakdown each game discussing their leans and bets for each side and total. In addition, Dan and Munaf also give a few player props to look out for heading into tomorrow. Furthermore, the guys get in depth on the a few games of the night featuring the Boston Celtics at Brooklyn Nets (-2.5) and the Phoenix Suns (-2.5) at the Portland Trail Blazers.

The New York Knicks are having a surprising season. The guys also break down if there is any value and to bet on Tom Thibodeau to win Coach of the Year? Are Munaf’s Houston Rockets a team to fade in the second half of the year? In addition, are the Heat and Celtics poised to make a run in the Eastern Conference?

Lastly, make sure to get join the locker room chat on Friday with Ryan “Rich Fat Baby” McKee as they will break down the Friday games!