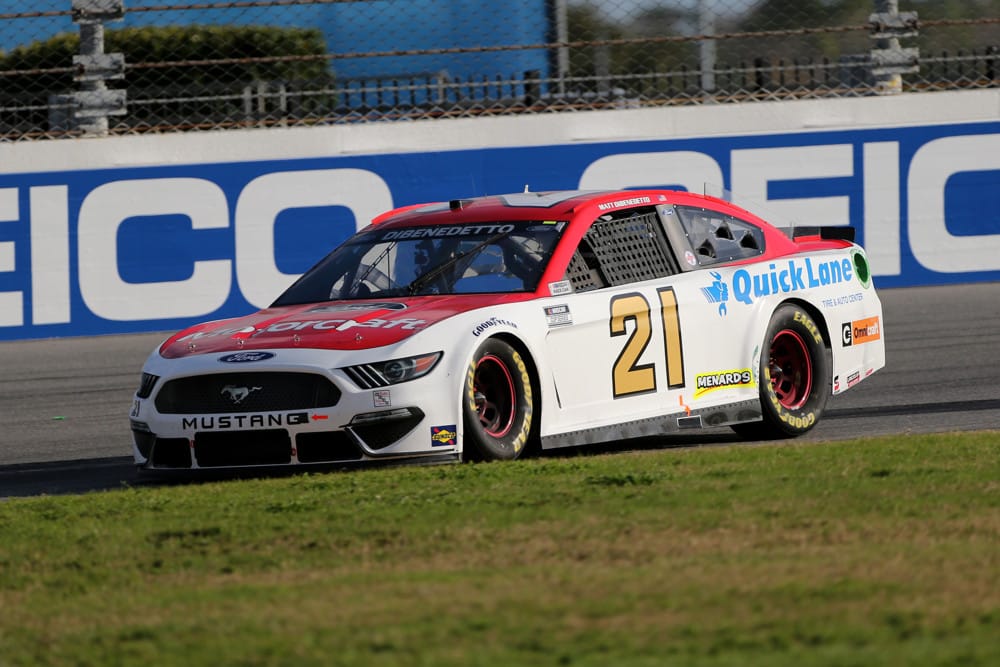 It’s time again to head to Sin City to hit the track at the Las Vegas Motor Speedway for this week’s NASCAR Pennzoil 400 DraftKings Picks. Drivers will look to tackle this mile and a half, progressively banked tri-oval for 267 laps of racing under the bright Nevada sun. This will be the 24th offering of the Spring race here and this year, it serves as the fourth race of the season.

Once again, NASCAR has used the weighted formula to determine starting positions for this race. Unlike last week, this starting grid doesn’t do us any favors when compared to DK pricing. That means that roster construction will take as much maneuvering as navigating the big one. Despite that, there are some decent plays on the slate, but that also makes them chalky. It will be necessary to eat some of that. Just know that there are places to zig, and I have at least one here for you in this article.

As expensive as Ryan Blaney is this week, his upside could more than pay his cost of admission. Blaney has run this track nine times in his career. Of those nine, he placed in the top ten in six of them. This is not too fair of a statement considering one of those finishes outside the top ten was an 11th place finish last season. The point is, Blaney has a great feel for this track and is almost assured to cross the finish line at least tenth or better.

This has not been the start to the season Blaney hoped for though. He was jockeying for the win in the Daytona Duels when he got mixed up with Chase Elliot. In the 500, he fell victim to the lap 13 mayhem. Last week, he slipped from a 14th place start to a 29th place finish. This might make paying up for him not as appealing as spending a couple hundred more for Martin Truex Jr. But, when push comes to shove, Las Vegas has always been good to Blaney. So here, go with the track history. His base 16 points even if he only logs a 10th place finish will go a long way to cushion the sticker shock of this pick.

Dominator points are an important factor in DraftKings NASCAR contests. If you need proof, you need only look to William Byron. He led a total of 102 laps in Miami last week for an impressive 25.5 fantasy points. If you are hoping for value from a driver starting towards the front, these are the kind of points you are hoping to get. Getting them from Harvick this week is almost a foregone conclusion.

Only two drivers have Top-10 finishes in all three races this season: Kevin Harvick and Michael McDowell. pic.twitter.com/tAcS1dFIfa

Since March of 2015, Harvick has led a total of 598 laps in Las Vegas. In that same span, he has clocked the fastest lap 289 times. Three years ago he took the checkered flag on this track. That Sunday, he started in second. It only took a single lap before he passed Ryan Blaney for the lead. Overall, he paced the field for 214 of the 267 total laps. Turning a force like Harvick loose from the front of the pack is not even fair to the rest of the drivers. He’ll chew up a ton of laps from the front which is reason enough to have him on your cash game lineups for sure.

If You Must Fade:

Lady luck was smiling on Matt DiBenedetto last season in Las Vegas. In both races he ran, he started from the 19th position. In both races, he came in second. Both represented his highest finishes of the year. This week, he’ll have more work to do as he finds himself rolling off 30th on the grid. But, despite some bad luck so far this season, he’s been in the mix at times for a solid finish. If he can avoid trouble, there is a fighting chance that DiBenedetto will put together a sneaky good race. When he does, you stand to benefit from the plentiful differential points you’ll get from his efforts. Another second-place finish will turn this into a fantastic NASCAR Pennzoil 400 DraftKings lineup pick.

Matt DiBenedetto, who finished second at Las Vegas, says he feels the Wood Brothers and Team Penske have confidence in him as he awaits a decision on his option for 2021: pic.twitter.com/vUR35EHNYt

For The Bargain Shopper:

Here is a dart throw that should be considered in a tournament or as a pivot in a multi-entry cash game. Cole Custer doesn’t have the most stellar track record in Las Vegas. Although, that’s not a very fair statement given he doesn’t have much history on the track. He’s only raced this particular mile and a half three times in his career. What you are hoping for here is not a repeat of history, rather than anticipating his growing momentum.

You will also hope that he shakes off a tough run last week at Homestead and can return to his Daytona form. Custer managed to turn a bad day for just about everyone into an 11th place finish at the 500. He then held serve on the road course and finished in 13th place. So far 2021 has been decent to Custer. If he can find a way to sneak into a decent finish again this week, you’ll be fine to invest in him.