I thought 2021 was supposed to be a “better year”?! Apparently that doesn’t apply to my UFC picks, because the train has not gotten on the track this calendar year as of yet. But that will change with my UFC Vegas 20 predictions, which contains nothing but winners for this ever-changing fight card.

We start things off with a very tough one to call in the UFC heavyweight division. French striker Ciryl Gane is a perfect 7-0 as a pro, including 4-0 in the UFC, but Jairzinho Rozenstruik hits like few other men do. I’m counting on Gane’s reach advantage, youth, and superior striking and grappling skills to carry the day, but this is a risky one, especially at a number this high.

This one is far less risky a pick, but an even higher number unfortunately. Magomed Ankalaev has only lost once in 15 pro fights and has won five straight in the UFC after losing his debut. Meanwhile, Nikita Krylov is only 7-5 in the big show and has traded wins and losses back and forth over this last four fights (he won his last fight, so….).

I’m going back on what I said on this week’s episode of the MMA Gambling Podcast and I’m switching my pick in this women’s flyweight fight to the underdog, Montana De La Rosa. With both women being great grapplers, this will probably turn into a striking battle, and MDLR has better knockout power.

Here’s another one I’m flipping on. When I recorded the podcast I forgot that Jimmie Rivera and Pedro Munhoz had already fought back in 2015, with Rivera winning a split decision. He’s also bigger, younger, and on a better roll than the slumping Munhoz.

This is another rematch, four years in the making, and was just added to this card less than a week ago. Angela Hill won the original matchup, and I expect the same to happen on Saturday.

In a battle of top shelf nicknames (Alex ‘Bruce Leeroy’ Caceres vs Kevin ‘The Hard-Hitting Hillbilly’ Croom), I’m giving the nod to long-time UFC veteran Caceres. He’s won three-straight and has the superior resume and complete game to beat Croom.

This is an underdog pick I agree on with my podcast co-host, Daniel Vreeland. Thiago Moises has won two straight, has never been finished in a fight, and is the younger man in this battle. After starting his UFC career as a highly thought of prospect, Alexander Hernandez has swapped wins and losses in his last four fights.

Ramazan Kurmagomedov is taking this fight, his UFC debut, on only a few days’ notice, so I’m going with the grizzled veteran Alex ‘Cowboy’ Oliveira. But it speaks to the newcomer’s reputation that despite the short notice and this being his debut and only sporting an 8-0 pro record, the fight is currently in the pick ’em range. 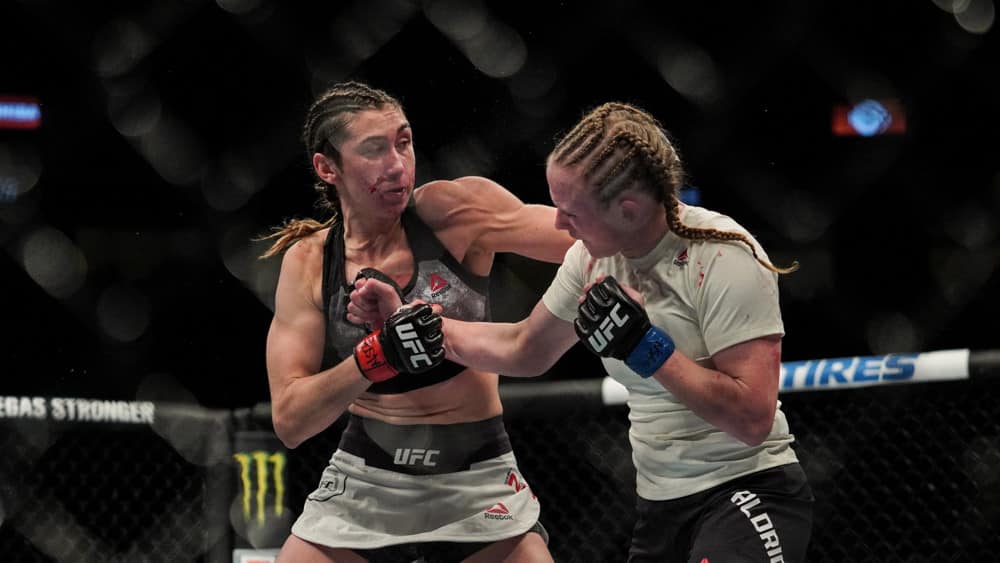 I hate to have to pick against my fellow Canadians, but Sabina Mazo is bigger, younger, has superior striking and grappling stats, and has won three straight fights. Sorry ‘Ally-Gator’.

Got to like getting another live dog here in my UFC Vegas 20 predictions. Ronnie Lawrence is making his debut, and while Vince Cachero dropped his only UFC fight thus far, Dan and I like him beating the newcomer this weekend.