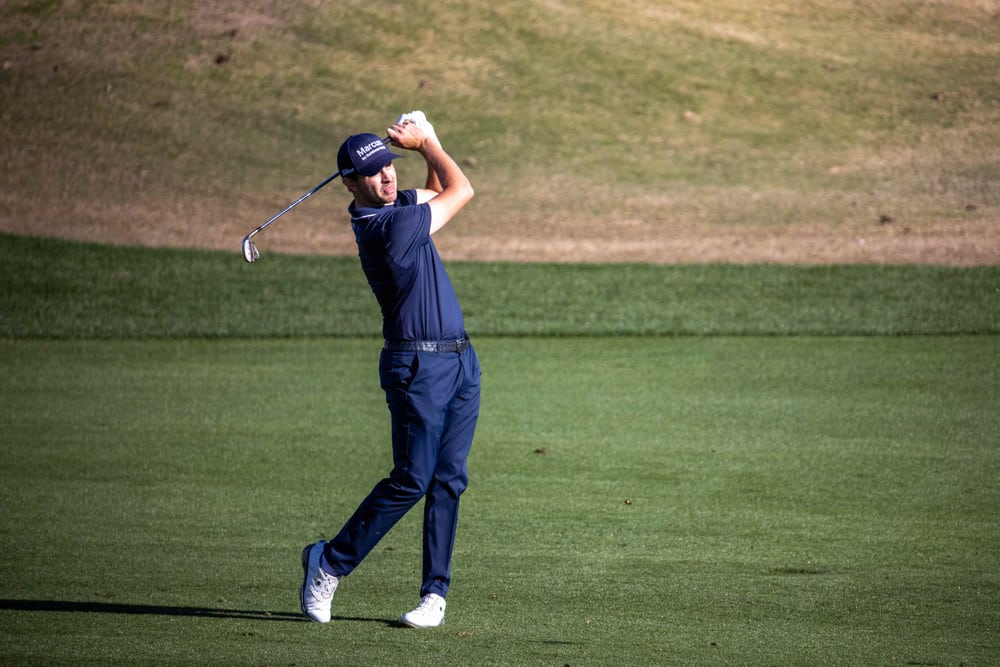 We are in for a treat with the star-studded group of golfers headed to Riviera Country Club in Palisades California. This player pool is stacked with 15 of the world’s top-25 vying for the trophy. With the WGC and Players right around the corner, guys are going to be using this difficult track to fine-tune their game for the upcoming majors. This weekend is a great chance to try golf DFS and here are the picks for your Genesis Invitational DraftKings lineup.

The Riv is a Par 71, 7300+ yard gem of a golf course constructed in 1829 and designed to withstand the test of time. It remains a nod to the old world of golf courses and ranks 10th in all courses on tour in terms of difficulty. Fairways and rough are seeded with Kikuyugrass while the greens are once again Poa Annua. Past winners include Adam Scott (20‘), J.B. Holmes (19‘), Bubba Watson (18′ and 16‘), and Dustin Johnson (17‘). Our key stats for the week will include SG BS, SG ARG, and driving distance.

If there is anyone who is overdue for a win, it’s Patrick Cantlay. Cantlay is playing some really good golf. He placed 3rd last week at the AT&T Pro AM and 2nd at the American Express. In his last five events, he is averaging 9.9 strokes total on the field, and 6.6 OTT which is crucial this week. With three top 20 finishes at Riviera, we are starting our lineup with Patrick Cantlay.

We have the opportunity to see Collin this weekend after he has taken the last month off. A golfer primed for a breakout is a great addition to your Genesis Invitational DraftKings lineup. He began 2021 with a pair of 7th place finishes at the Tournament of Champions and the Sony Open. Those were his first events back after a 2-month layoff and showed no rust, gaining over 5 strokes T2G. Collin is an elite ball-striker, arguably the best in the game, and that’s exactly what this course requires. He was 26th here last year posting a score of -3, and that was with rounds of 73 on Thursday and Sunday. If those rounds are even par he’s just a couple of strokes off the lead. Collin is a much-improved golfer from a year ago, he just needs to find the mamba mentality on Sundays.

Scottie is already making his third appearance at the Genesis in his young career (30th 2020, MC 2019). He was 7th two weeks ago at the Waste Management where his OTT and P game dominated. He has length off the tee (29th in Drive Distance in the field) and is an above-average ball striker (28th) leading him to hit tons of GIRs (23rd). Those stats represent the recipe for success this weekend and are key to Scottie getting his first PGA Tour to win.

In last week’s article, we talked about Tringale and he did not disappoint us. We mentioned how he is an excellent Poa putter and he went out and gained 6.3 strokes putting on the field, finishing in 7th place. Tringale has made the cut here 4/5 last outings with an 8th place finish. With another top 10 finish and playing on his favorite surface, we are going back to Tringale this week.

Sam Burns is coming off a disappointing 39th place finish at last week’s AT&T Pro-AM, but we are not too concerned. Burns’s style of play is meant for Riviera. As a long ball course, Burns comes into the event as the 7th longest driver in the field. He is also gaining 2.9 strokes on the field T2G. With a 23rd place finish last year at this event, we are expecting a nice bounce-back week from Sam Burns. He will be a solid anchor for your Genesis Invitational DraftKings lineup.

Russell is coming off of a 7th place finish last week at AT&T, where he gained a staggering 10 total strokes on the field. He did it mainly with his irons and on the Poa greens. We’re back on Poa this week so he will have some confidence walking up to those greens. His game relies on approach play leading to many GIRs, where he ranks 5th in the field. Russ hasn’t had past success here, with MCs in 2014 and 2020, but if he can continue his performance from last week don’t be surprised to see his name climb this stacked leaderboard.