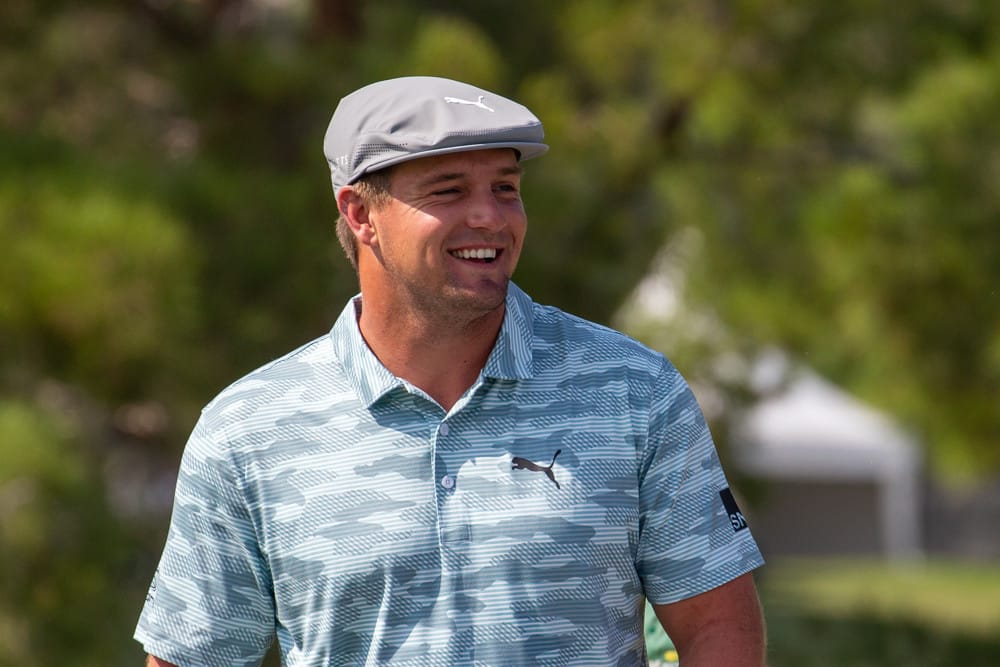 Given the ceiling and his ability to overwhelm golf courses, Bryson DeChambeau‘s odds this week are too low. Bryson also appears to treat Riviera Country Club with the respect it deserves. Bryson didn’t fully unleash the bomb and gouge tactics last year in this event, opting for positional golf when appropriate. That resulted in his best finish at the event. Bryson has also improved his scrambling over the last few months, which was a major weakness of his last season. He also putts really well on poa greens. He’s a great pick at these odds for an outright bet.

Patrick Cantlay‘s price is coming down, but there are a few books out there that still have him at 18/1 to win. Cantlay’s form is too good not to consider for an outright this week. Over his last four ShotLink measured tournaments he has gained 1.84 strokes per round tee-to-green. He is also gaining strokes in every single statistical category over his last 50 rounds. Riviera is a complete test of all a player’s skills, which makes him a great pick to win this week.

Speaking of complete players, Collin Morikawa does almost everything well in his game. He possesses a great combination of length and accuracy off the tee to put himself in the best position for great angles into pins. He’s a superb player with his irons. And he has significantly improved his scrambling too.

His one weakness is putting, which has dogged him in his young career. But he’s due for significant positive regression in that area. Somehow, someway Collin Morikawa managed to lose 11 strokes putting at the Omega Desert Dubai Classic a few weeks back. But in the three tournaments before that, he had gained about 0.34 strokes per round putting. He has good enough putting in him to win this tournament. At this price, it’s worth a shot on.

With his good form returned, Marc Leishman checks a lot of boxes of a player to target for an outright. He has a long and successful track record at Riviera. He’s a very solid ball striker with his irons. And he’s a good scrambler. Australians have a ton of success at the golf course because the layout is similar to the ones they played in their home country. They also are familiar with how to handle the kikuyugrass fairways and rough. Leishman could make it two straight years an Australian takes down this tournament.

Matthew Fitzpatrick is receiving almost no buzz this week. He absolutely should though. Maybe the lack of buzz is because he didn’t show very well over in the Middle East on the European Tour recently. He lost strokes to the field tee-to-green in both Abu Dhabi and Dubai.

But he won the DP World Championship in the fall and had some tremendous showings in the fall on the PGA Tour. He also gained 1.20 strokes per round on the field in his lone appearance at Riviera. It’s a golf course that fits Fitzpatrick’s strengths. What he lacks off the tee he makes up for accuracy and pinpoint-precision with his irons. He’s also a good scrambler and a good putter. This is a classic golf course setup and one that Fitzpatrick tends to thrive on. He’s a great longshot pick this week.

One of Sam Burns‘ chief contemporaries is the one getting most of the buzz this week. Cameron Davis is a trendy pick to win this tournament. But I’m going to opt with Sam Burns, who is virtually an identical player to Cam Davis. Both players are long off the tee and good with their irons. Both of them are strong putters. And both can be a little dodgy around the greens (certainly a negative trait for this tournament).

The difference between the two is Cameron Davis comes into this tournament after a fantastic putting performance at Pebble Beach. He’ll likely have to meet or exceed that performance if he wants to win, which is a difficult task. Sam Burns, meanwhile, underachieved with his putter at Pebble Beach and has nowhere to go but up. Both are solid options for outrights this week, but of the two Sam Burns is my pick.

Much is discussed about Xander Schauffele‘s inability to win a tournament. So instead of betting him 14/1 to win the Genesis against a stacked field, why not go for a layup and bet him +150 for a Top 10? This bet is an investment in a player who has eight Top 10’s in his last 12 starts, is gaining 2.17 strokes per round on the field over his last 50 rounds, and has gained over two strokes per round at Riviera in 12 career rounds. If a book is giving me plus odds for a player who is a perfect fit for Riviera, sign me up.

The same thoughts to Xander can be applied to Tony Finau this week. If you don’t want to bet Finau 25/1 to do something that, frankly, he hasn’t shown he can do, this is a great alternative. Like Schauffele, Finau has solid course history at Riviera and checks a lot of boxes of a contender at the golf course. He’s long off the tee, a good iron player, and a good scrambler. He also has some positive putting regression in the chamber, as he lost over a stroke per round at the Saudi International a few weeks ago. Look for Finau to once again fall short, but go long for your account.

I find it a little strange that Joaquin Niemann took a month off from tournament golf after the Hawaii swing. I don’t think anyone knows the reason why except for Joaquin himself.

What we do know, however, is that Niemann was one of the hottest players in the field before taking a break from the PGA Tour. He had Top 5’s at both the Sony Open and Sentry TOC and has been a ball-striking monster over his last 50 rounds. He also has greatly improved on his scrambling since last Fall. My hold up to going all-in on an outright for him is that he only has 6 rounds at Riviera, and does not possess the winning equity that, say, a Collin Morikawa has. With that said, I’ll be investing in a Top 10 on him at +400 for yet another strong finish.

Cameron Smith has a tempting outright price this week of close to 100/1. I’m not willing to go that far, but I do like him to rebound for a Top 20 finish. Cameron Smith fell victim to the hellish weather conditions he faced at Torrey Pines South a few weeks back. After an opening-round 66 on the North Course, he was punched in the mouth on the tougher conditions at the South Course. That day he shot 79 to miss the weekend. I expect a nice bounceback with both his ball-striking and putting at Riviera, which is a golf course that suits his strengths.

Other Top 20 Props To Consider

Viktor Hovland is a very popular pick this week. It’s for good reason. He’s a wonderful ball-striker and an improved scrambler. He also finished 2nd at Torrey Pines, which has a lot of attribute comparisons to Riviera Country Club. But what I think people are overlooking is that inexperience at Riviera can be very detrimental. Whereas everything is right in front of you at Torrey Pines, Riviera is a place that takes a few tournaments under one’s belt before one can learn the subtle tricks and nuances of the golf course.

There are several talented players in this field who in limited experience at Riviera have terrible showings. The players who have historically gained the most strokes per round at Riviera are some of the more experienced players at the golf course. This will be the first time Viktor Hovland has played Riviera as a professional. He did play there as an amateur at the U.S. Amateur in 2017. Hovland was a complete non-factor, shooting +10 during the stroke-play portion to finish nowhere near qualifying for the knockout phase.

There’s not a lot of strong contenders in this pool that Jon Rahm needs to beat to take this down. His chief rivals are Viktor Hovland, Sergio Garcia, Francesco Molinari and Henrik Norlander. Molinari has a consistently bad course history at Riviera. As I wrote above, I have concerns about Viktor Hovland this week. While Sergio has a great record at Riviera, he hasn’t struck his irons well over his last 50 rounds and his putter is a massive liability. And this is Henrik Norlander’s first time at Riviera and he’s a poor scrambler in his nature. The other two players in his pool, Alex Noren or Sepp Straka, are not threats either. The favorite in Rahm should be the top player from Continental Europe in the tournament.

There are only three South Africans in the field this week – Dylan Frittelli, Charl Schwartzel, and Branden Grace. Branden Grace has red flags all over the place in his profile, so he’s out for consideration. That leaves Schwartzel and Frittelli.

Both have been very up and down players over the last few months. Both of them also are very good scramblers. And they both have good track records at Riviera. Where Schwartzel separates himself slightly is that he’s been a much better putter and a little better ball striker statistically over both of their last 50 rounds. That breaks the tie for me, and he’s my pick for Top South African in the tournament.

There are several things going Carlos Ortiz‘s way in his matchup against Matthew Wolff. Ortiz has a distinct advantage in both Riviera success and history than Wolff. Ortiz is also a much better scrambler than Wolff is and is in much better form. While Wolff’s long-term ball-striking trends are better, I do not have confidence that he knows where the ball is going off the tee. He might not either based on his recent showings. Ortiz should beat Wolff straight up.

As referenced above, Henrik Norlander will play Riviera for the first time this weekend. While he’s been on a ball-striking heater over the last few months, playing Riviera for the first time is a tall task. He also isn’t a very good scrambler, which may make things a tough go for him. Take a more experienced and successful James Hahn getting 1.5 strokes against Norlander this week.

It was tough to watch Nate Lashley’s epic meltdown at Pebble Beach last week. There’s reason to think the disappointing close call may bleed into this week. He also massively overachieved both with his ball-striking and putting over the course of the tournament. There’s nowhere to go but down for him. Meanwhile, K.H. Lee has a great track record at Riviera and is playing well heading into this event. He should beat Lashley straight up to wrap our Genesis Invitational picks.