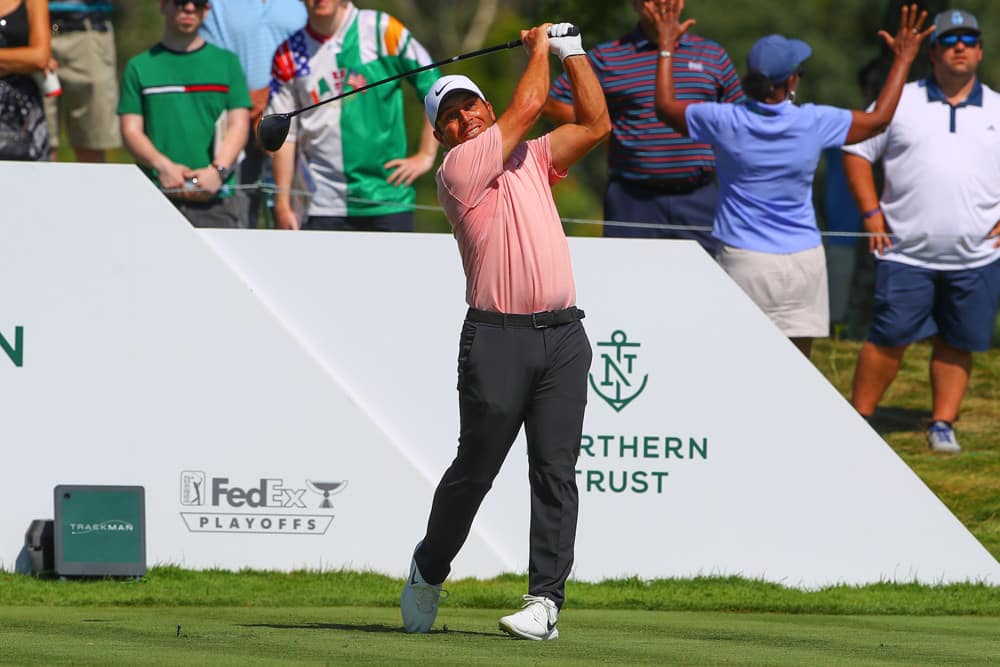 Welcome to Pebble Beach Golf Links in Monterey Peninsula, California. Typically played as a Pro-Am on three courses with a 56-hole cut, but once again Covid-19 has changed things. There will be no amateur’s and the players will get one round on each of Spyglass and Pebble on Thursday and Friday. Those who make the cut will be on Pebble for the remainder of the weekend. Weather will be a major factor this weekend as both courses are situated along the California coast. Expect scattered showers and 9-14 mph winds throughout the tournament. As if the course wasn’t challenging already, now players will have even more difficult decisions on how to attack the courses. All factors in the DFS golf picks this week.

Spyglass Hill, a Robert Trent Jones track, is the more challenging of the two courses. The course plays a touch over 7,000 yards, par 72 with Poa greens. Pebble, designed by Jack Neville and Douglas Grant, plays over 7,000 yards, par 72 and Poa greens. Navigating these courses will require accuracy, both off the tee and with approach shots. Driving distance will help golfers have smaller irons with their approach shots. Both tracks exhibit smaller than average greens, so anticipate this tournament will be won around the greens. Players will also see more difficult than average putting surfaces. Pebble produces more missed putts within 5-foot than any other course. Key stats are Good Drives Gained, Dr. Distance, SG BS, SG ARG, Par 4 400-450, BOB gained, and Poa putting.

Zalatoris is the front-runner for ROY and cementing his name with the rest of the big names on tour. His first PGA win will be soon and we don’t want to miss it. Check out last week’s article where we highlighted his play and we feel just as strongly about him this week. He was 17th at WMPO, and would have been much higher if not for lackluster performance on Sunday and a slow start on Thursday. His ball-striking will elevate him up the leaderboard, but I’m excited to see his short game and scrambling game in action at Pebble Beach.

Molinari has been in a slump ever since losing the 2019 Masters. He took the majority of the 2020 season off to move his family to the United States. Well, he’s back and is starting to find himself, posting two back to back top ten finishes in January at the Farmers and American Express. Molinari gained 8.9 strokes T2G and 4.1 on approach at the Farmers. Molinari was once a top-ten golfer in the world. Do not be surprised when you see him teeing off late Sunday morning and cashing in DFS golf picks.

Sometimes you have to go back to hot hand, and Henrik Norlander has been on fire lately. Norlander is coming off three top 25 finishes the past three weeks. He is also familiar with playing Pebble Beach, making the cut in his last three appearances and finishing in 25th place last year. So between current form and course history, Norlander is a must-play for this week’s event.

Cameron fits this course. He is a phenomenal putter (16th in the field), with Poa being his best surface. He’s 7th in BOB, 7th in Par 4 400-450, 17th in scrambling, and 21st in ball striking. He is a well-rounded golfer and in the midst of a great run. He was top-20 at his last 2 events (WMPO and Farmers), and 3rd at RSM. Week in and week out he does it with SG APP and SG P, which is the recipe for success at Pebble Beach.

Peter is another great putter averaging 2.9 SG over his last 10 events. When he is finishing high, he’s doing it with the flat stick (9.2 SG at Sanderson). With difficult greens on the horizon, the best putters will rise to the top. Prior to Sanderson Farms, he had lost strokes OTT for basically his entire career. Since the start of his run at Sanderson, he has been gaining strokes OTT. That turn around gives us the most optimism for this weekend since during that span he posted two top-10s and 4 top-20’s since October. He has played this event 6 times before, finishing 11th last year.

Our long shot for the DFS golf picks this week … Scott Piercy. He has struggled the past few weeks with a couple of missed cuts, but this does not concern us because Scott Piercy loves playing Pebble Beach. Piercy has made every cut since 2017, with three top 20 finishes. At $7,100 you are looking for Piercy to make the cut and get your lineups 6/6 through the cut sweats.