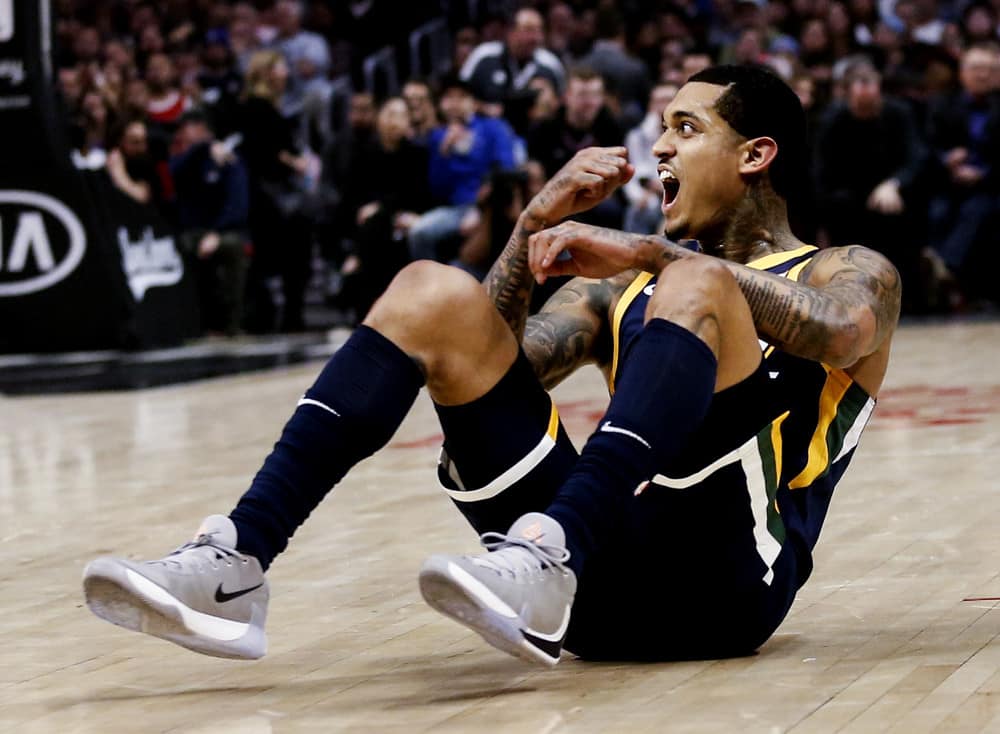 Jordan Clarkson looks like a easy front runner for Sixth Man of The Year, which NBA Gambling Podcast discuss after NBA picks for today.

Zach ‘Swiss Bank’ Broner makes his triumphant return to the NBA Gambling Podcast after an injury (aka not enough time in his schedule) forced him to sit out last episode. Ryan ‘Rich Fat Baby’ welcomes him back. The guys speed through their Best Bets on NBA picks for today, Wednesday, February 3, 2021. Then, around the 16-minute mark, they start previewing three games for Thursday, February 4, 2021. Those games include: Portland Trail Blazers vs Philadelphia 76ers, Houston Rockets vs Memphis Grizzlies, and Denver Nuggets vs LA Lakers.

After giving out NBA picks for today and Thursday, Ryan and Zach switch gears to discuss updated futures for NBA Championship odds, Conference winners, and award leaders. First up, the guys both still like the Lakers as the favorite to win the Larry O’Brien Championship Trophy, despite there being not much value at +240 odds. They also discuss some title contenders that bettors might be sleeping on, including 76ers (15-1 odds), Celtics (16-1) and Bucks (+650).

Next, NBA Gambling Podcast looks at Conference champion odds for both the West and East. And then they finish off with potential award winners for Defensive Player of the Year, Sixth Man of the Year, Most Improved Player and Coach of the Year.