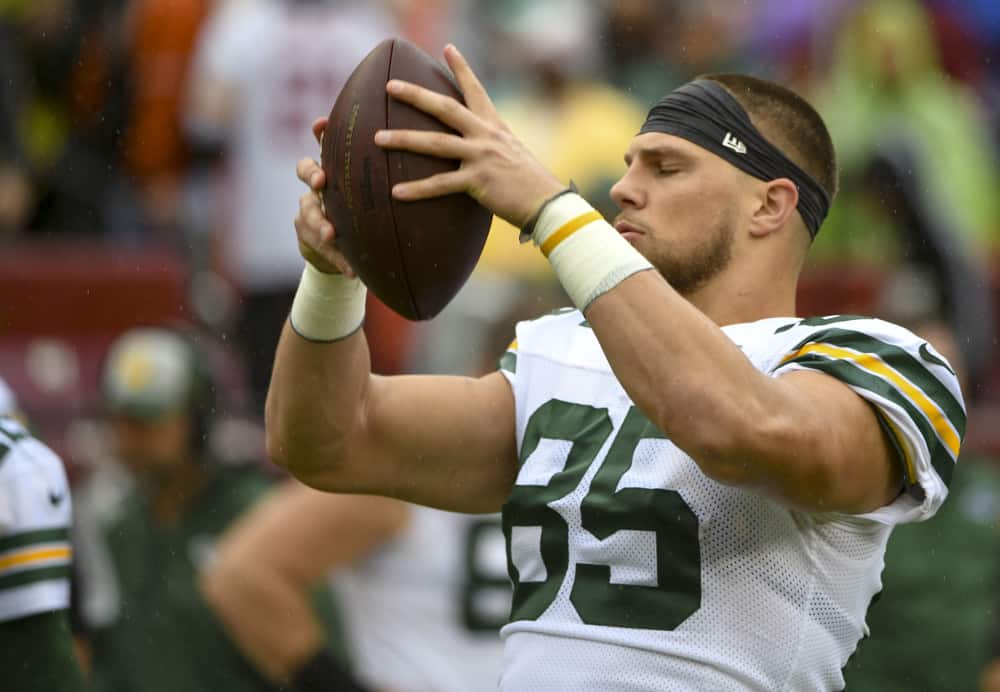 We are down to the final eight teams of the playoffs and the Divisional Round kicks off this weekend. My plus-odds player prop bet on Dawson Knox to score a touchdown anytime hit as he caught the first touchdown for the Bills last week against the Colts.

In this post, I will give you two player props for each game on Saturday, along with a #DegenOnly player prop!

Cam Akers has become the feature back for the Rams since he returned from his injury. In fact, since Week 13 Cam Akers has carried the ball at least 15 times in every game. Furthermore, he has carried the ball more than 20 times in all but one game since Week 13. Jared Goff gets the start on Saturday and we all know how he performs in cold weather. In addition, the Packers’ rush defense ranks #21 in opponent yards per rush attempt at 4.5. Lastly, I fully expect the Rams to establish the run game allowing Akers to have plenty of carries.

This prop bet is simple. Tonyan is one of Rodgers’ favorite targets in the red zone. In fact, Tonyan has scored a touchdown in six of the last seven games. Furthermore, I expect the secondary of the Rams to focus on trying to shut down Davante Adams, opening the opportunities for Tonyan.

This could turn into a Tonyan game for the reasons I listed above in the anytime touchdown prop bet. If the Rams are going to focus on shutting down Adams this will open the opportunity for Tonyan.

Bills have weapons at the skill positions, especially at wide receiver. However, defenses focus their attention and try to take away the best receiver on each team. But, Davis has been targeted a minimum of four times since Week 12 and exceeded the 28 receiving yard mark in all games except two. Furthermore, Davis had 107 receiving yards and 85 receiving yards in the last two weeks.

Ravens are a run-first team and that will be an area the Ravens take advantage of against a below-average Bills run defense. Furthermore, Jackson has exceeded 200 or more passing yards five times all season long. In addition, the Ravens faced the Bills in Week 14 and Lamar Jackson recorded only 145 passing yards on 25 pass attempts.

The Bills’ pass defense does not perform well against tight ends. If the Ravens win this game they will need a big game from Andrews and this seems like a prime spot for that.