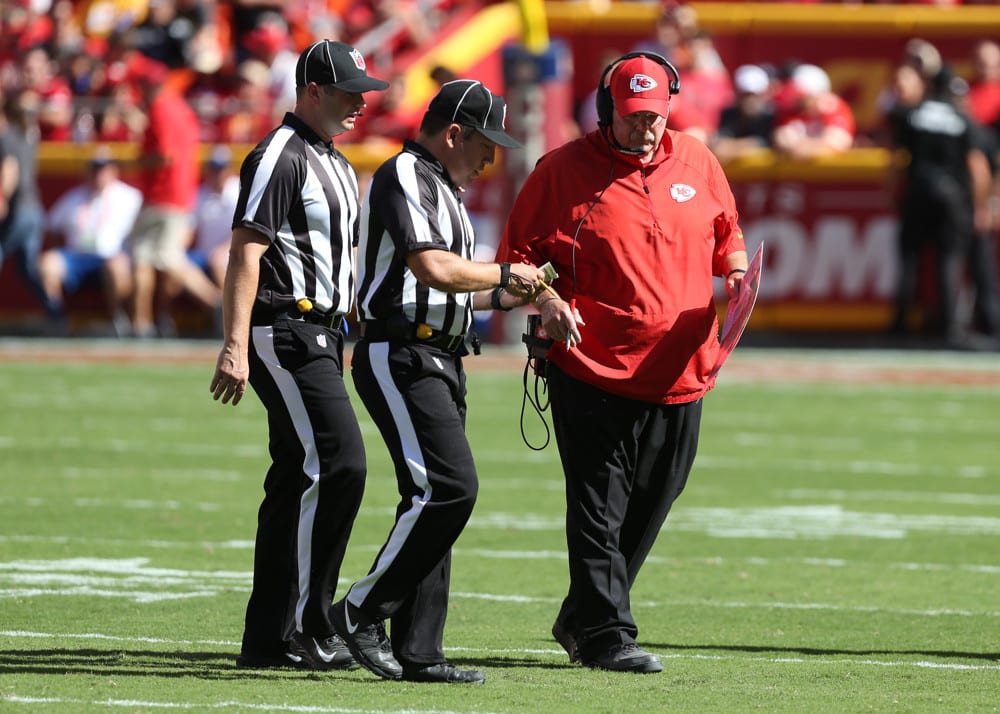 After an interesting Super Wild Card Weekend in the NFL, we are days away from the Divisional Round of the NFL Playoffs. There are only seven games left in the NFL season. We have four referees assigned for the games this weekend. Let me dive right into it!

I want to point out that the more experienced referees will be officiating this weekend and I assume for the conference title games next weekend.

Ron Torbert is one of the few referees who officiated all 16 regular-season games. The stats for Torbert are not subpar. As a matter of fact, home teams were 11-5 straight up in the games he officiated. Furthermore, favorites are 10-6 against the spread in Torbert’s games this season.

In addition, Torbert is one of the best referees to the Under. Torbert finished the season with a 12-4 record the under with an average total of 40 points per game. Lastly, Torbert is assigned to the matchup between the Los Angeles Rams and the Green Bay Packers this Saturday.

Like Torbert, Carl Cheffers is a referee who has a stellar record to the Under. In his 15 games this season, the Under is 10-5 with an average total of 46.5 points per game. Cheffers is assigned to the much-anticipated matchup between the Baltimore Ravens and the Buffalo Bills. Lastly, Cheffers officiated two games involving the Buffalo Bills. As a result, the Bills went 1-1 straight up and 0-2 against the spread.

Clay Martin was one of the referees I highlighted the most this season. Martin only officiated 12 games this season, but the stats are eye-popping for him. As a matter of fact, road teams have a 10-2 record against the spread in games officiated by Martin. However, road teams were only 7-5 straight up.

Furthermore, Martin finished with a 10-2 record to the Over averaging 56 points per game. In addition, Martin will officiate the matchup between the Cleveland Browns and the #1 seed in the AFC, the defending Super Bowl champion Kansas City Chiefs.

In the 14 games officiated by Hochuli, the total is close to even. The Under finished slightly better with a 7-6-1 record. However, the average total in these games was 51 points per game. Furthermore, Hochuli is assigned to the NFC South showdown between the Tampa Bay Buccaneers and the New Orleans Saints.