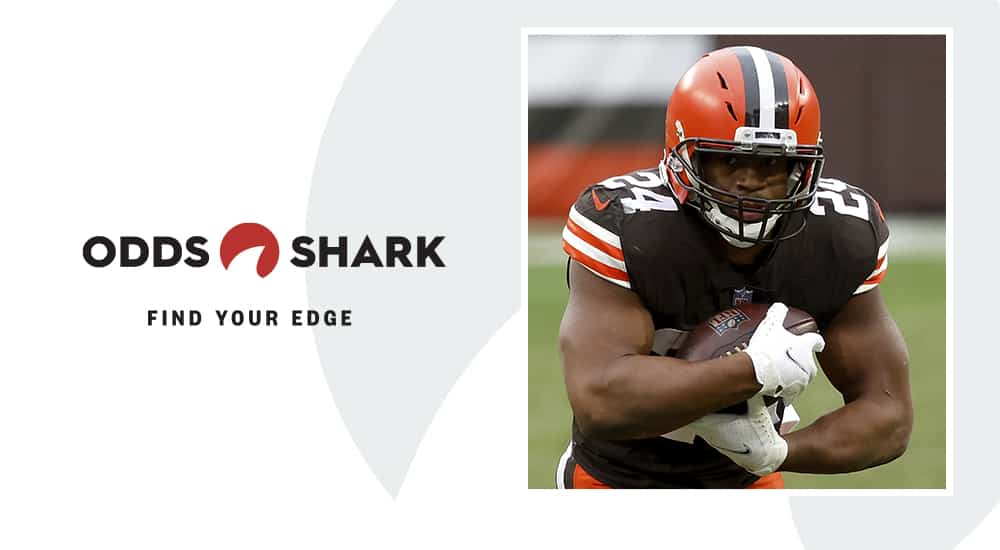 If you thought the NFL’s COVID-19 issues would be left behind in 2020, think again – the Cleveland Browns (11-5) are making their first playoff appearance since 2002 on Sunday night against the Pittsburgh Steelers (12-4), and they will do so without head coach Kevin Stefanski on the sidelines. Stefanski has tested positive for COVID-19, and his Browns will take on the Steelers as 6-point road underdogs on the NFL odds at sportsbooks monitored by OddsShark.com to close out this weekend’s Wild Card playoff action.

Stefanski remains in the conversation for NFL Coach of the Year honors even though Cleveland lost two of its last three games, needing to beat Pittsburgh 24-22 last Sunday in Week 17 to make the postseason. The Browns closed as 10-point home favorites at sports betting sites in the most recent meeting and failed to cover three of their last four games along with eight of 11 down the stretch. The Steelers were even worse, dropping four of five straight up and going 2-4 against the spread in their previous six. The good news for Pittsburgh fans and backers is that their team has won the past 17 home meetings SU, with the host going 5-1 ATS in the last six matchups.

The Buffalo Bills (13-3) will kick off this round of the playoffs on Saturday when they take on the Indianapolis Colts (11-5) as 7-point home favorites. The Bills have been the league’s hottest team, riding a six-game winning streak and covering eight straight en route to taking home the AFC East title for the first time since 1995.

Buffalo will host a postseason game for the first time since 1996 as well and face the team’s former backup quarterback in Indianapolis head coach Frank Reich, who sat behind Hall of Famer Jim Kelly between 1985 and 1994. The Colts finished second in the AFC South under Reich, as they won four of their last five games SU but have failed to cover three in a row.

The third AFC playoff game is the first of Sunday’s slate, with the Baltimore Ravens (11-5) visiting the Tennessee Titans (11-5) as 3-point road favorites. The Ravens will have revenge on their minds after getting upset 28-12 as 10-point home chalk in the divisional round a year ago. Baltimore entered last postseason as the No. 1 seed in the conference and also suffered a 30-24 overtime loss to Tennessee as six-point home chalk in Week 11 of this season. It is worth noting that Ravens quarterback Lamar Jackson is still searching for his first playoff win.

In the NFC, there are two games scheduled for Saturday, with the Seattle Seahawks (12-4) hosting the Los Angeles Rams (10-6) first as 4-point home favorites followed by the Tampa Bay Buccaneers (11-5) visiting the Washington Football Team (7-9) as 8.5-point road chalk. The Seahawks beat the Rams 20-9 as 1.5-point home favorites two weeks ago for the NFC West title. Los Angeles quarterback Jared Goff dislocated his thumb in that game and is out following surgery. John Wolford replaced Goff last week and led the Rams to an 18-7 win over the Arizona Cardinals as 1-point home chalk, although they would have gotten into the postseason anyway because the Chicago Bears (8-8) lost 35-16 to the Green Bay Packers.

However, the Bears qualified for the playoffs anyway with the Cardinals losing, and they will now visit the NFC South champion New Orleans Saints (12-4) as 10-point road underdogs on Sunday. Surprisingly, the visiting team has gone 4-1 SU and ATS in the past five meetings between Chicago and New Orleans, according to the OddsShark NFL Database.