This week, we’ll be doing region-by-region previews for the upcoming Sweet 16. On Monday, we previewed the West region. Yesterday, the South Region. Here, we have the Midwest. For more Sweet 16 content, be sure to check out the full Sweet Sixteen Preview Podcast.

The Midwest was set up to be the most enticing region of all, with a prospective chalk Sweet 16 featuring Kansas, Michigan State, and Duke, three of the ten most storied college basketball programs we have in 2018. Bill Self and Coach K held up their ends of the bargain; Kansas survived a brief scare from Penn (Kramer’s private school pussies) before outlasting Seton Hall in a quite fun second-round game, while Duke has looked like the most talented team in the tournament in back-to-back thrashings of Iona and Rhode Island. Robbing us of the legendary triumvirate, however, were the Syracuse Orangemen, a team who absolutely did not deserve to make the field but just fucked around and won three straight games anyways. Elsewhere, Clemson and Auburn both turned down popular first-round upset bids before a massive blowout in the battle of the Tigers; I won’t even mention Trae Young aside from saying if the Knicks draft him there are going to be serious problems.

The second round games that got us to this point finished as follows: 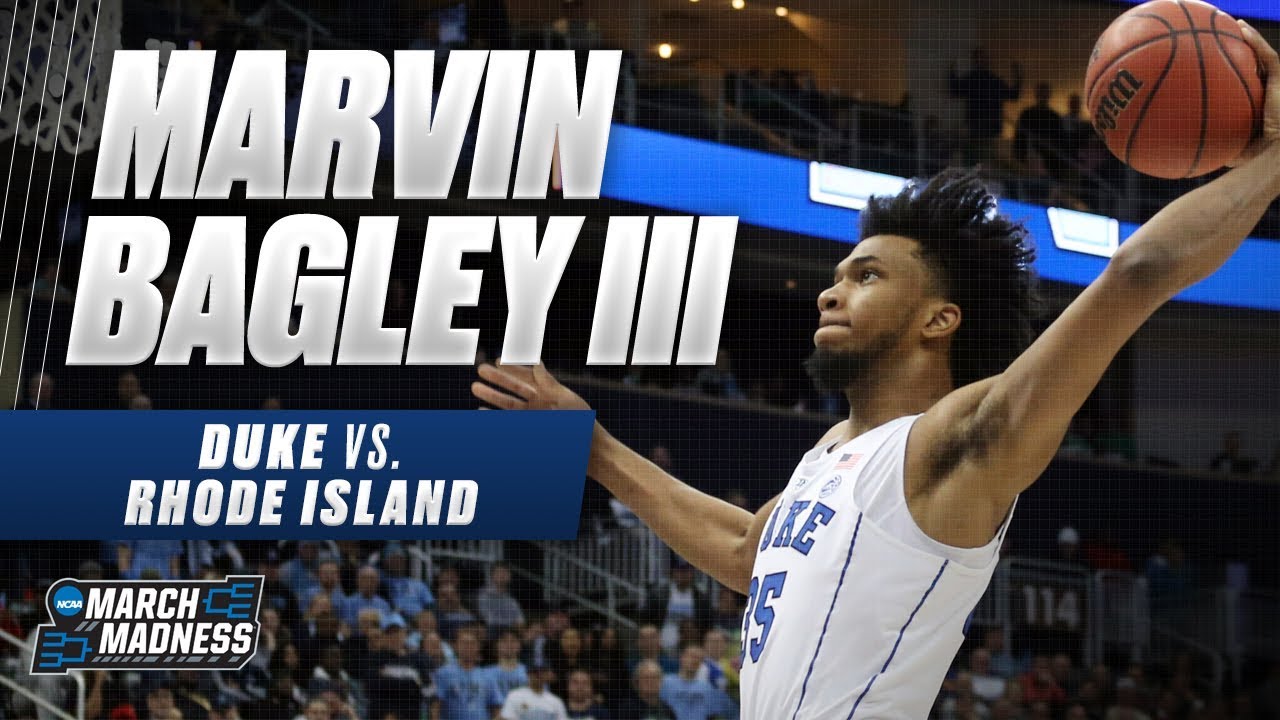 Kansas (27-7, 18-14-1 ATS): Welp, another year, another Big 12 title for Kansas. They went ahead to win the conference tournament and got a #1 seed just for kicks too. This is one of Bill Self’s more interesting teams, as he had trouble finding his typical Perry Ellis/Thomas Robinson big guy to anchor things but was stabilized by one of the best backcourts in America. Devonte’ Graham, who had served as “Robin” to Frank Mason for most of his career, has emerged as one of the best point guards in America, winning Big 12 Player of the Year over He-Who-Shall-Not-Be-Named and playing his way into the first round of the NBA draft. Svi Mykhailuk and Malik Newman are both top-level guards, flanking Graham with shooting, athleticism, and occasional secondary playmaking. Their one weakness is at the free-throw line, which is something to keep track of in a tournament featuring close game after close game.

Clemson (23-9, 17-12 ATS): Clemson head coach Brad Brownell even admitted it himself: he was sitting firmly on the hot seat heading into the season, needing to perhaps even exceed, let alone meet, expectations in order to keep his job. He and the team responded with one of the best seasons in recent program history, winning 11 games in the ACC and advancing to this point despite losing senior star forward Donte Grantham to a season-ending knee injury in January. In his place, a host of guys have emerged to step up, with four starters averaging in double figures. This group plays hard, smart, and unselfish, and seems to relish in the “nobody believes in us” role, in which they’ll find themselves once again vs. Kansas. They have the 7th ranked defense in America by KenPom, combining aggressive athleticism with flexible switchability to really give their opponents problems on that end.

Syracuse (20-13, 14-17 ATS): A classic Boeheim team, this group runs the Syracuse zone to perfection and has NBA talent offensively in Tyus Battle, Oshae Brissett, and Frank Howard. All three average 14+ points per game and no one else on the roster averages more than six. They are quite thin in the frontcourt and have a very difficult time rebounding the basketball, a product of both that lack of size and the awkward positions in which a zone scheme can put you. Of course, much has been made of the fact that this team did not deserve to make the tournament — this is true, they flat out did not. They finished 8-10 in the conference and did not have a meaningful win on their resumé aside from Clemson at home and at Miami. Alas, they’re now playing their best ball of the year and are legitimately scary heading into the Sweet 16.

Duke (26-7, 20-11 ATS): This is the new standard for Duke — a handful of five-star one-and-dones who play around that one White guy who lingers around just long enough for America to hate his guts and then start to feel bad for him once again. Bagley and Carter make up one of the best frontcourts in recent college basketball history, and have been too much to handle for just about everyone this season. They’ve gotten inconsistent guard play as point guard Trevon Duval hasn’t necessarily lived up to his billing, though, as much as it pains me to say it, they tend to run good offense with Grayson Allen as a floor general in the second half of games. Coach K really has turned to the dark side as he has this team, which showed an absolute inability to stay in front of people and communicate in man-to-man defense, playing an expanded 2-3 zone that is giving people problems night after night. Their length is quite hard to deal with. Duke and Villanova are the two best teams remaining in the tournament.

Clemson vs. Kansas (-4.5): This is practically a home game for Kansas, which is why the 4.5 spread seems a bit short to me. I would have had this closer to six or seven. If there’s one thing I love in March and especially the Sweet 16 and beyond, it’s a senior point guard who’s been around the block a few times. Devonte’ Graham is that dude, and he is going to be hungry for a big performance after really struggling against Seton Hall. This tournament is an opportunity for Bill Self to make a major statement about where he falls in the national coaching ranks, and he and Graham will have this group ready to go against a Clemson team who brings a defensive tenacity that must be prepared for.

Clemson had a tremendous record this season, but struggled against elite competition, going just 1-4 against UVA, Duke, and UNC. They feasted on the rest of the ACC, sure, but Kansas is a step up from that general competition. How will they handle the uptick?

Clemson’s offense, however, ranked just 11th in the ACC, and even despite Kansas’ mediocre defense, the Tigers won’t be able to run up the score against a hungry and engaged team that will have Azubuike back, healthy, and protecting the rim like it’s his baby. Clemson rarely turns their opponents over and likewise turns the ball over frequently themselves, a bad sign against a Kansas team that is scary in transition.

In the end, there is a talent gap that definitively separates the two teams. That’s problem #1. Beyond that, though, we have Kansas playing a practical home game in Omaha and Bill Self starving for another final four. Clemson’s Coach Brad Brownell, however, is relieved to be off the hot seat and doesn’t need another win to confirm this season as exceeding expectations. Brownell can afford to take a deep breath while a loss here would be potentially disastrous for Self’s legacy. Kansas is the play.

Syracuse vs. Duke (-11.5): This is one of those rare instances in which an NCAA Tournament is a rematch of a game played earlier in the year. These two teams played each other at Cameron Indoor less than a month ago, a game which Duke won handily 60-44. What is so important from that game is that Duke had already, by then, switched their primary defensive scheme from man-to-man to the 2-3 zone in which they’ve begun to excel. Sure, Duke struggled to score from outside against Syracuse’s zone, shooting just 11% from deep with their backcourt of Allen, Duval, and Trent combining for just 16 points on 6-28 shooting. Bagley and Carter, however, had their way all night long. They are both highly skilled bigs who are comfortable in the high post/short corner offense that is NECESSARY to beat Syracuse’s zone. Michigan State couldn’t get into it, and they suffered tremendously. Bagley and Carter combined for 35 points, 17 boards, and shot 13-20 from the floor. Even more telling is Carter’s four assists — the dude can facilitate from the high post and will find both Bagley for lobs and open shooters on the wing. Duke will score more than 60 points this time around.

Syracuse, however, really struggled with Duke’s version of the 2-3 zone. The source of their incompetence was (and is) two-fold. First, they don’t have skill in their frontcourt — let alone the comparison to Duke’s guys (who are arguably the best in America), it’s not even average for the tournament field. They don’t have a guy who can post up hard in the middle of the zone, catch the ball, face up, and make decisions. Anyone who’s played basketball at an organized level knows how crucial this is to beating a 2-3. Second, and well-related to the first point, Syracuse’s scoring comes from guys like Battle and Howard running down the shot-clock and then making NBA-level moves in isolation to either pull up clean, finish at the rim, or get to the free-throw line. Against aggressive ball pressure man-to-man schemes, this can be incredibly effective, as Battle especially consistently makes high-level individual moves with the basketball. Against a zone, however, and particularly a zone featuring the absurd length of Duke’s roster, driving lanes are far tighter and help naturally comes far quicker. I’m sure Tyus Battle would relish the opportunity to clear out one side of the floor against Grayson Allen and give him that work. In a zone, individual defenders are hidden within a 5-man concept, and Syracuse’s guards won’t get that opportunity. An already bad offense will have an even tougher time than usual scoring the basketball.

11.5 points is a ridiculous number to lay in an NCAA tournament game, but I do think it’s appropriate in this spot. Syracuse should struggle mightily to score, and won’t have answers for Bagley and Carter either within Duke’s offense or on the glass. I expect both of those two to have massive games, especially after watching Sparty outrebound these guys by 20 just a few days ago. They should feast like it’s fucking Thanksgiving. Duke boasts the third-ranked offense in America and their defense has now climbed to eighth. Coach K wants Boeheim bad. I like Duke here BIG.