NHL Central Division Futures: Can Avalanche or Wild catch Stars and Jets at the top? 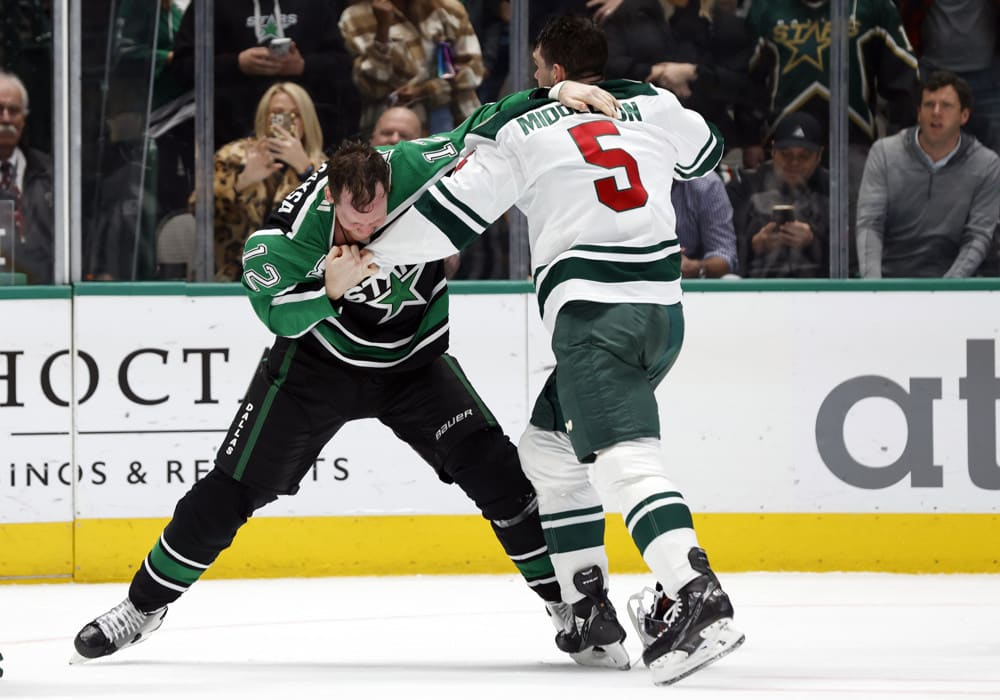 The 2022-23 NHL season is now in its second half with every team having played over 41 games. Teams have mostly shown what they are thus far with the cream of the crop rising to the top. However, there are some teams that will make big moves in the standings in the final months of the season. We looked at each division before the season, so now let’s take a look at them here in late January. We’re continuing here in alphabetical order with the wide-open Central Division odds, picks, and best bets as the Boston Bruins have taken control.

The Dallas Stars are the current favorites at between -120 and +110 on different books. However, the Winnipeg Jets, Colorado Avalanche, and Minnesota Wild are all in the hunt.

The Stars lead the division as of now and they have the pieces to keep that going. Jake Oettinger is proving to be a great goalie in net and Jason Robertson has been in the Hart Trophy conversation thanks to his terrific season.

Dallas can win at home (13-5-4) and on the road (15-8-4) and it has the veteran talent in Jamie Benn, Joe Pavelski, and Tyler Seguin to complement Robertson’s great season. Miro Heiskanen is an underrated defenseman on the blue line as well.

Dallas can keep doing its thing and win the division at plus odds.

The Jets have battled through injuries and a lack of defensive depth to be right there with the Stars atop the Central Division. Connor Hellebuyck is once again in the Vezina Trophy conversation and could win it if the Jets break through in the Central.

On top of that, the Jets have gotten a bit healthier now with Nikolaj Ehlers back as well as Blake Wheeler and Cole Perfetti. They may be able to add at the deadline to get some defensive help.

Winnipeg just needs to make up one point on Dallas and stay ahead of the teams behind them to take home the Central. There has to be at least a one-in-four chance of that, right?

Much like the Jets, the Avalanche are also getting healthier with Valeri Nichushkin back, although Cale Makar has a mysterious day-to-day injury that has been hampering him. Nevertheless, Nichushkin is a key piece for Colorado and the Avs are in the midst of a six-game winning streak with some winnable games coming up before the All-Star Break.

The Avalanche won the Stanley Cup last year and have what it takes to go on a run. Making up nine points in 13 games (with three games in hand) shouldn’t be an issue for the reigning champs with Nathan MacKinnon yet to truly take off this season. However, the Central is proving to be a more competitive division than many thought this season.

It may seem like it’ll take a lot for the Wild to climb to the top of the division, but a good week or two could get them there. Minnesota is 10 points behind Dallas with three games in hand.

The Wild are a streaky team that has win streaks of four, six, and three games over the last two months. Marc-Andre Fleury knows how to win in big games and Minnesota is still waiting for its top players not named Kirill Kaprizov to show up.

I wouldn’t be surprised if the Stars are able to hang on and win the Central or if the Avalanche storm back to take it, but the Jets are getting disrespected at these odds.

Winnipeg has been pretty consistent this season, even before some key pieces came back. Now that the Jets are healthy they should be able to support Hellebuyck and win games that they may have lost by one or two before.

As a long shot, the Wild would be my bet. As I said above, +1000 is disrepectful to this club. The Wild have shown that they’ll go out at the deadline to add pieces if they need to and they haven’t played up to their potential yet this season.

If you aren’t already in on the Central Division market, entering with the Wild at +1000 isn’t a bad look at all.

As much as I hate to say it, I do think the Avalanche have a good chance of coming alive in the second half. However, I didn’t bet on them or include them in the best bets due to the Makar injury and the fact that they may be satisfied with a playoff spot and turn on the gas later in the season as opposed to some of these other teams.

I also wouldn’t be surprised if the Stars kept it up to win the division, but there’s simply no value at +110.

With no odds involved, I would predict the Central Division to finish:

However, as explained above, those bottom two teams deserve more respect in the odds — especially Minnesota.