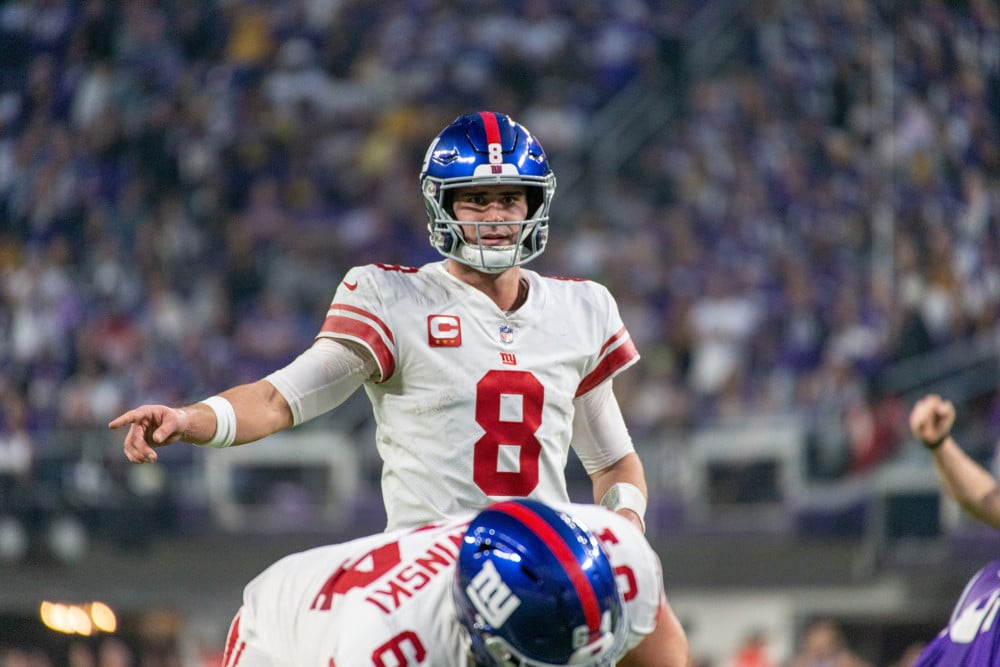 The NFL Divisional Round has arrived, one of the best pure football weekends of the year. In this article, we’re going to take a look at the NFC side of things. Now, the NFC has been quite the rollercoaster this season, but nevertheless, here we are. We’ve narrowed it down to four NFC teams in the 2023 race to the Lombardi.

In this article, we’re going to break down both NFC Divisional Round games and sought out some of the best bets and props.

The Philadelphia Eagles will be heading into this matchup well rested as they did secure the #1 seed during the regular season. On the other hand, the Giants are fresh off a season-defining Wildcard Weekend victory over the Minnesota Vikings. Let’s take a look at some of the key stats and see who has the upper hand going into Saturday Night:

This Eagles’ defense is a massive step up in class for this Giant’s offense. They rank #3 Overall in Defensive DVOA. For comparison’s sake, The Vikings’ defense ranks 27th in overall defensive DVOA.

The only flying in Philly this weekend may be done by the Eagles. They are the #1 team in the league when it comes to opponent passing yards, allowing only 179 passing yards per game.

The Giants may have the upper hand on the ground this weekend. Their premium back, Saquon Barkley, appears to have the hot hand, scoring two touchdowns during Wildcard Weekend. The weakness of this Philadelphia defense comes from their run game; the eagles currently rank 16th in the league, allowing 121 yards per game.

The Eagles also rank #3 in Offensive DVOA, putting up an impressive 241 passing yards (9th) in the air and 147 yards (5th) on the ground. The Giants’ defense (21st ranked in DVOA) will have a tough time containing this offense; they currently rank 25th in the league in total yards allowed.

In Week 13, The Eagles were 7-point favorites ON THE ROAD versus the Giants. If you recall, the Giants lost 48-22. I struggle to believe we should be getting a similar line for this Eagles team off of a BYE at home in the playoffs.

If the Eagles are put in a RedZone situation, I expect them to attempt to give Boston Scott the ball. This may be a nothing statistic, but I like Boston Scott Anytime TD (+325 at WynnBet) to keep his streak alive.

Last week, Saquon Barkley was heavily involved in the passing game, catching 5 of his six targets from Daniel Jones. As previously stated, The Eagles are a juggernaut when it comes to defending the pass, the #1 pass defense in the league. I expect the Eagles’ secondary to lockdown the Giants’ receiving group.

This will give plenty of check-down opportunities for Barkley. You also have to imagine that Daboll will script up some plays for his best player. I like Barkley to have a big day catching passes.

Did anyone happen to see TJ Hockenson’s game versus the Giants last week? Ten catches on 11 targets for 129 yards. Despite a recent usage drop for Dallas Goedert, I expect him to have a big game this Saturday.

The Giants struggle against the TE, ranking 31st in DVOA. Last week, the Giants did a phenomenal job at shutting down Justin Jefferson. Shutting down Jefferson allowed for more opportunities for Hockenson. I expect Goedert to play a similar role and collect his 4th touchdown of the season.

Both of these teams looked impressive last week in their respective matchups. After a rough start in the first half, the 49ers  stepped on the gas in the second half and showed what they were capable of versus the Seattle Seahawks.

For the Cowboys, it was domination from start to finish on Monday Night, demolishing Tom Brady and The Buccaneers. Let’s look at the stats and see who has the upper hand going into Sunday’s classic NFC matchup.

The 49ers are currently on an 11-game winning streak and appear to show no signs of slowing down. They finished the season with a record of 13-4 after a 3-4 start. They are 7-1 ATS in their last eight games. The 49ers finished the year an impressive 11-6 ATS and 7-2 at home.

Now don’t get me wrong, this Cowboys team is probably the best version of the Cowboys we have seen in years. They are Top 5 in both points scored and points allowed. The Cowboys average roughly 27 points per game, and they hold their opponents to under 20 points per game.

The Cowboys finished the season 9-7-1 ATS which is very good, but it’s important to note that on the road, they were 4-4 ATS.

This Sunday, the 49ers will be at home with a significant rest advantage over the Dallas Cowboys. I think this #1 ranked 49ers defense will be too much for Dak Prescott to handle.

Part of the reason for San Fransisco’s success over the past eleven games has been because of the addition of RB Christian McCaffrey. He is an absolute game-changer.

McCaffrey has rushed for 100+ yards in four of his last six games. He will be going up against a Cowboys rush defense that surprisingly ranks 22nd in the league. I like CMC to play a big role on Sunday Night.

Among running backs this season:

Last week, Dak Prescott rushed seven times for 24 yards in the Cowboys’ victory over the Buccaneers. The Cowboys QB has been sneaky mobile over the past few weeks!

Dak Prescott has rushed for 15+ yards in 5 of his last six games. He’s had multiple games in the past six games that he’s rushed for 20+ yards. Dak’s going to have to run to win this game.