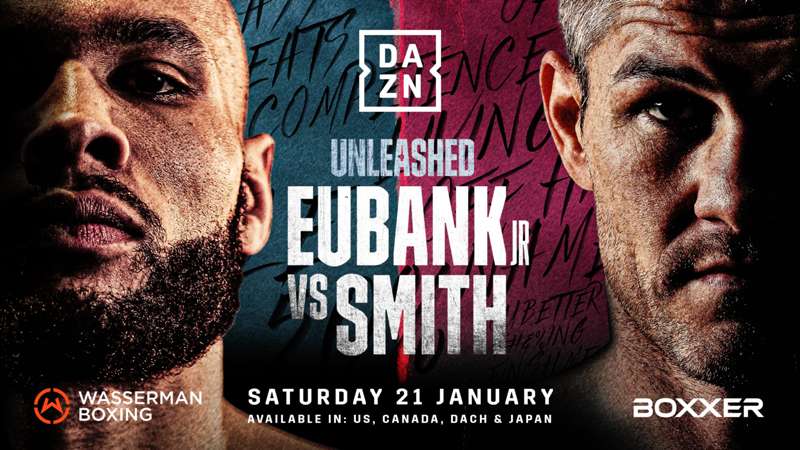 Chris Eubank Jr. vs Liam Smith is the first big boxing match of the 2023 calendar for the UK. Both fighters’ families are well-known in the boxing landscape. Eubank Jr is the son of former two-division world champion and Hall of Famer Chris Eubank. Liam Smith has brothers Callum, Paul, and Stephen that are all active boxers. The 12-round tilt inside the AO Arena in Manchester is the marquee of the weekend. Boxing odds for Eubank Jr. vs Smith with picks and bets from the Sports Gambling Podcast Network are coming up. DING DING!

Liam Smith enters this fight as a replacement for Conor Benn. Although the 34-year-old veteran is a former world champ, he is best known for his losses to Canelo Alvarez and Jaime Munguia, and notoriously, not being able to win the big fight. Liam Smith has won three straight fights via TKO. Smith’s strength is using his size against his opponent. He applies constant pressure walking down his opponents. The problem is Chris Eubank Jr. is the bigger, stronger man because Smith has recently moved up a weight class.

Chris Eubank Jr. enters this bout on a five-fight win streak. Much like Smith, Eubank Jr. runs his mouth too much for not owning a massive victory on his belt as a 32-year-old. Recently, Roy Jones Jr. has taken the role of “trainer” for Eubank. The issue is that Jones Jr. teaches a more passive style that doesn’t fit Eubank Jr.’s personality and power. In Eubank Jr.’s previous fights, his footwork has been sloppy, and his technique hasn’t been sound.

This fight is so perplexing. Liam Smith is a pressure fighter. In a typical fight, Chris Eubank Jr. will control the tempo. Chris Eubank Jr.’s size and strength on paper is a bad matchup for Smith, though what if Eubank Jr. follows the tutelage of his new trainer? However, Eubank Jr.’s footwork isn’t good enough to be a passive fighter. Eubank Jr. could get baited into fighting in his old ways by Smith’s aggressive style. That would actually suit him best.

I think this fight turns into an exciting mess. I think if Smith wins it will be on points, and if Eubank Jr. wins it is via KO. Ultimately, I think Eubank Jr. has a bigger drive to win knowing he is trying to live up to his father’s world champion status. Eubank Jr. has good hand speed, and I think he may be able to find a few uppercuts through Smith’s guard to set up a late-round KO finish.