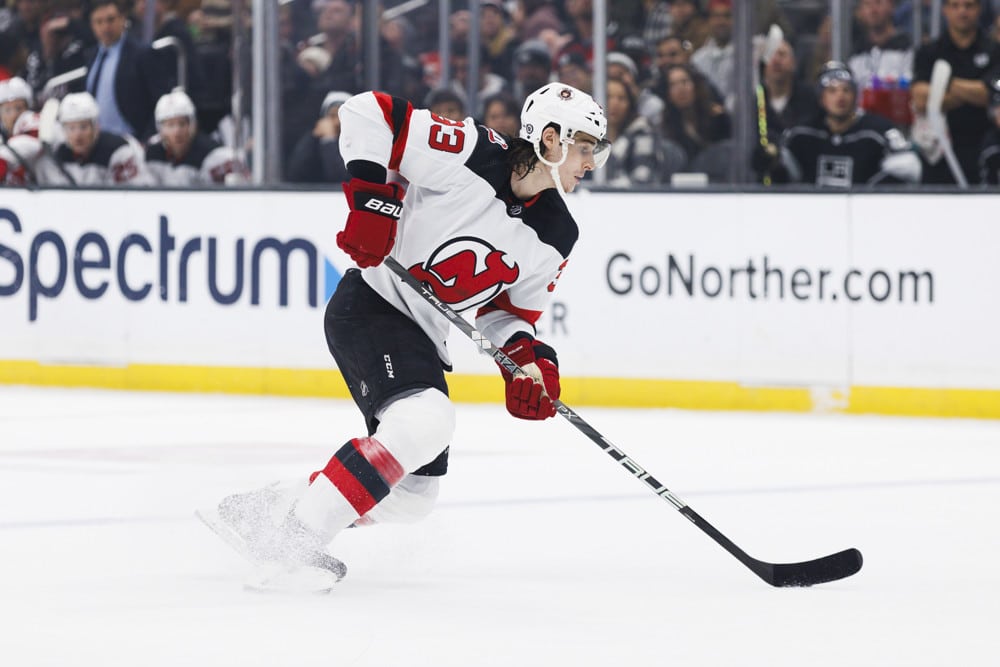 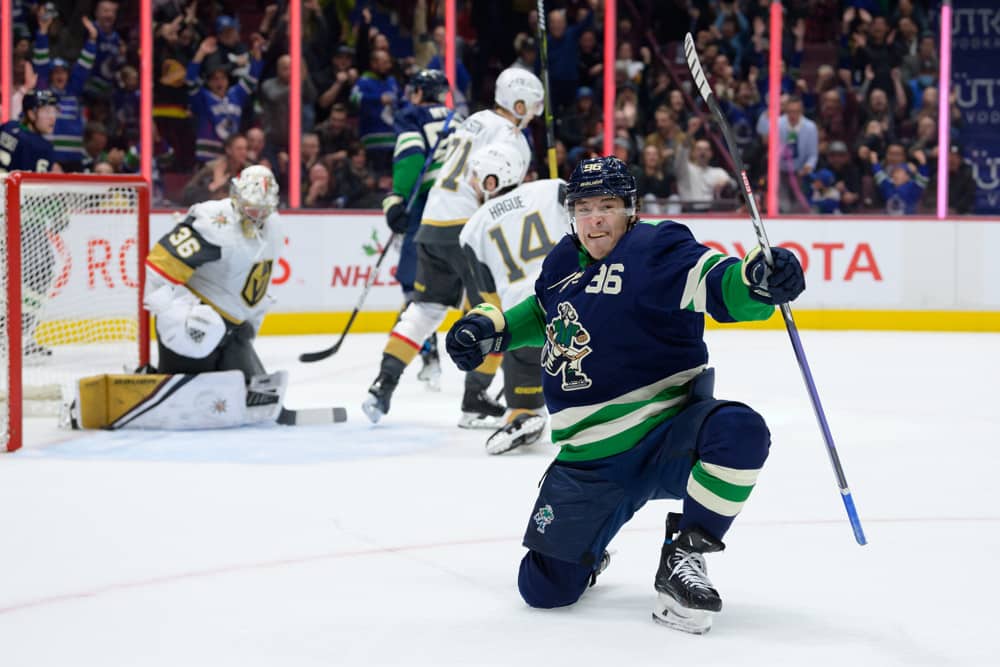 Surprising slim pickings in the forward portion of this week’s fantasy hockey waiver wire column. My top recommended pickup is Vancouver forward Andrei Kuzmenko. He’s having a very solid freshman campaign in the NHL, with 39 points already on the season. He helps you in all categories, and going into Wednesday’s action he had four assists in the past five games.

It’s been a while since I’ve written about Philadelphia’s Kevin Hayes, but a hat trick in his last game has propelled him back onto our list. His 13 goals and 40 points are already better than what he put up in his last two seasons, and he’s only nine points away from tying his career-best. As long as he doesn’t get himself healthy scratched again, he should be a solid pickup.

Ryan Graves is on a tear, with points in five straight games (two goals, four assists). And that plus-minus rating listed above is not a typo – he’s a robust +31 on the year, tied for the best in the league. Plus, he helps you in all the categories you look for in a defenseman – including blocked shots. Plus, he gets quite a few pucks on the net for a blueliner.

Ryan Graves jumps into the rush and tallies the opening goal just 29 seconds into the game!#NJDevils pic.twitter.com/xkXpbQwmIK

Let’s keep on the plus-minus train and talk about the Stars’ Esa Lindell. His +24 rating is tied for ninth best in the NHL this season, and while he doesn’t bring you much scoring, he helps in all the other categories. The blocked shots are there, as are the shots on goal for a defenseman.

The Wild’s Filip Gustavsson continues to excel between the pipes, to the point where he’s sharing time with Marc-Andre Fleury. In January he is 3-1 with a minuscule 1.38 goals against and a .949 save percentage. On the season, his 2.16 goals against are second-best in the NHL, and his .926 save percentage is third-best.

Filip Gustavsson gets JUST enough of the puck with his heel to keep it out! 🦂 pic.twitter.com/Yer82NKvk7