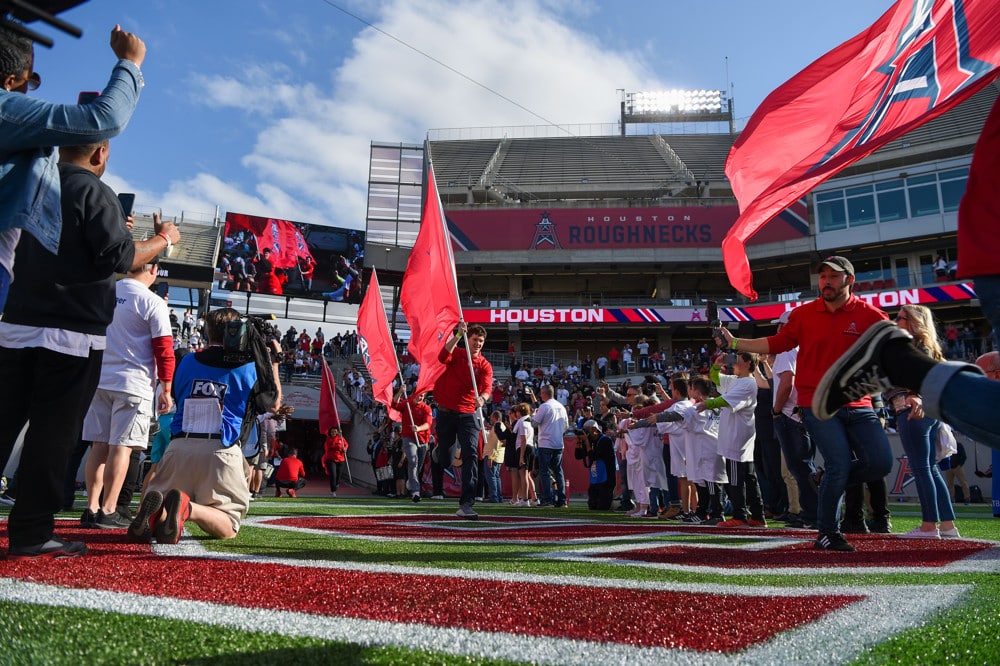 The wait is finally over! The much-anticipated 2023 XFL schedule was released on January 5th via the league and ESPN. The release has fans going berserk over the matchups and storylines ahead of the season. Whether you’re a fan of returning teams from 2020 like the D.C. Defenders and St. Louis BattleHawks, or a fan of any of the newly formed franchises including the San Antonio Brahmas or Vegas Vipers, the excitement and buzz has begun to take over each of the eight cities across the United States.

Below we’ll look at where each team will call home this upcoming season, a quick summary of the league’s two divisions, the XFL’s full schedule with insight into some of the highly sought-after matchups throughout the season, and its playoff schedule. With that, let’s get started on each of the eight teams’ home turf in ’23!

Before we dive into the thick of the XFL schedule, we need to know where all eight squads will call home in 2023. However, only seven of the eight franchises had already announced their home stadiums before the schedule was released. The lone team without a home, at least before the announcement and release of the 2023 schedule, was the Vegas Vipers. Finally, the league announced Cashman Field will be the home of Rod Woodson’s Vipers squad in 2023.

Next, the eight teams were assigned to two different divisions ahead of the 2023 season. The North Division will consist of the Defenders, Sea Dragons, BattleHawks, and Vipers. Meanwhile, in the South Division, you’ll get rivalries between the Renegades, Roughnecks, Guardians, and Brahmas. These divisions will create plenty of high-octane games across the schedule in 2023.

Lastly, regarding back-end announcements as they pertain to the XFL schedule, the league announced a partnership with The Walt Disney Company and ESPN. The announcement signifies that the media company will be the exclusive broadcast partner of the XFL. In total, 43 XFL games will air on a combination of four different networks.

Those are ABC, ESPN, ESPN2, and FX. Additionally, each game will be viewable via ESPN+ and will be simulcasted to over 140 countries around the world. While the bulk of those 43 games will commence on either a Saturday or Sunday, an occasional Thursday, Friday, or Monday game will pop up throughout the season.

“Through the global scale and support of Disney and ESPN, our fans will have multiple options to access and experience the XFL across broadcast, cable, and streaming…” – XFL President Russ Brandon

The 2023 season kicks off in just a few short weeks with a head-to-head matchup between two of the better teams on paper. The Vipers will take on the Renegades on Saturday, February 18 at Choctaw in Texas. The game is set to begin at 3 pm ET on ABC.

Following the action with the Vipers and Renegades, the Guardians and Roughnecks will square off in a Saturday night showdown at 8:30 pm ET scheduled to air on both ESPN and FX. The opening weekend concludes with a pair of games on Sunday, February 19. First, the BattleHawks and Brahmas will collide followed by a Sunday night matchup between the Sea Dragons and Defenders live from Audi Field in DC.

Eight of the ten weeks during the regular season will feature at least one divisional matchup of epic proportions. Following the conclusion of the regular season, the top two seeds from each division will meet in the divisional round of the playoffs, with two games scheduled for Saturday, April 29, and Sunday, April 30. Those two winners will represent their respective divisions in the XFL Championship Game. That game is scheduled for Saturday, May 13 at 3 pm ET.

All 43 XFL games (40 regular season, two playoffs, one championship) will be featured on a combination of ABC, ESPN and ESPN2, and FX. And all games will be streamed on ESPN+ and simulcasted in 142 countries around the world.

Key Matchups Right Away On Schedule

We know that all four Week 1 matchups will be in high demand for viewers of the XFL. Perhaps the most intriguing will be the newly formed Brahmas taking on the BattleHawks at the Alamodome in San Antonio. Attendance is sure to be high as the Dome will be buzzing with yellow and grey populating the arena.

Week two is set to feature a “rematch” of sorts between the Renegades and Roughnecks. Dubbed “The Texas Throwdown” during the 2.0 iteration, this game promises to live up to the hype from Week 4 in 2020. Renegades Head Coach Bob Stoops coached in the game in 2020 and will have his team ready to go against Wade Phillips’ Roughnecks.

Week 3 will feature all eight squads locking horns in divisional battles highlighted by the Sea Dragons traveling to Vegas to take on the Vipers. As we jump to week five, the BattleHawks and Defenders will clash for their second game in three weeks. Both teams should have interesting camp battles leading into the 2023 season as highlighted by their respective Quarterbacks.

The spring league of GRIT and PASSION- kicks off with our OPENING WEEKEND 2/18!

Click the link to get your game tix NOW! https://t.co/PURvFSi6Bw

The second half of the schedule opens with The Guardians hosting the Sea Dragons in what should be a great contest. However, the Guardians face a true quarterback battle heading into camp. All three gunslingers on the roster have a chance to snag the starting job ahead of the season opener.

Week 7 features a game being played on three consecutive nights. Friday, March 31 will feature the Renegades and Sea Dragons. The next night showcases the Brahmas and Vipers in what should be a fantastic game of football. Finally, Sunday, April 2 will see the Defenders and Guardians play an inter-divisional matchup in primetime on FX.

The remaining three weeks will feature games on Saturdays and Sundays, with the final regular season game scheduled to start at 9 pm ET on ESPN2. That matchup will feature the Vipers and Sea Dragons from Cashman Field in Las Vegas.

The highly anticipated 2023 XFL season will be here before we know it. The league has finally released its 2023 schedule with thousands of XFL fans having purchased season tickets already. The aurora that surrounds the XFL is something that cannot be explained. Fans clamor and invest in this league, unlike most other Spring Football leagues.

Now that the schedule has been released, players and coaches alike can begin their preparations for week one. Be sure to get your tickets to your favorite XFL squads’ home games as the clock continues to tick down to the opening kickoff for the XFL’s 2023 season! 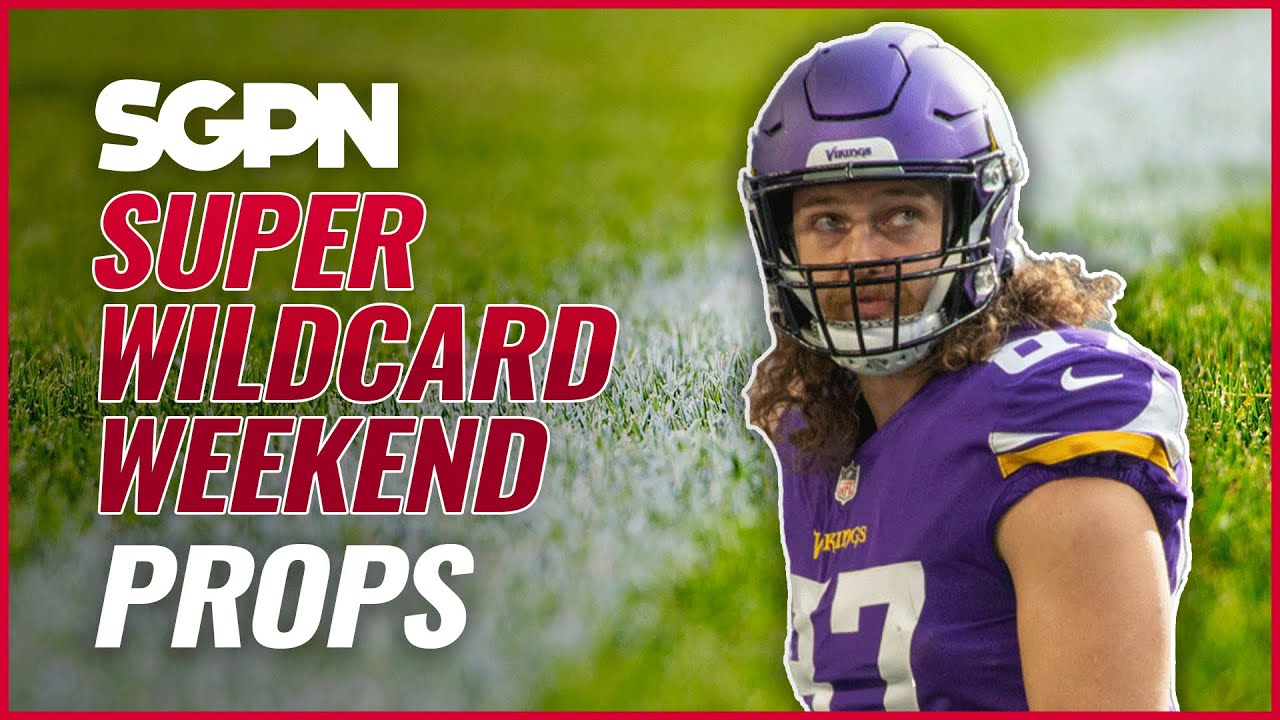