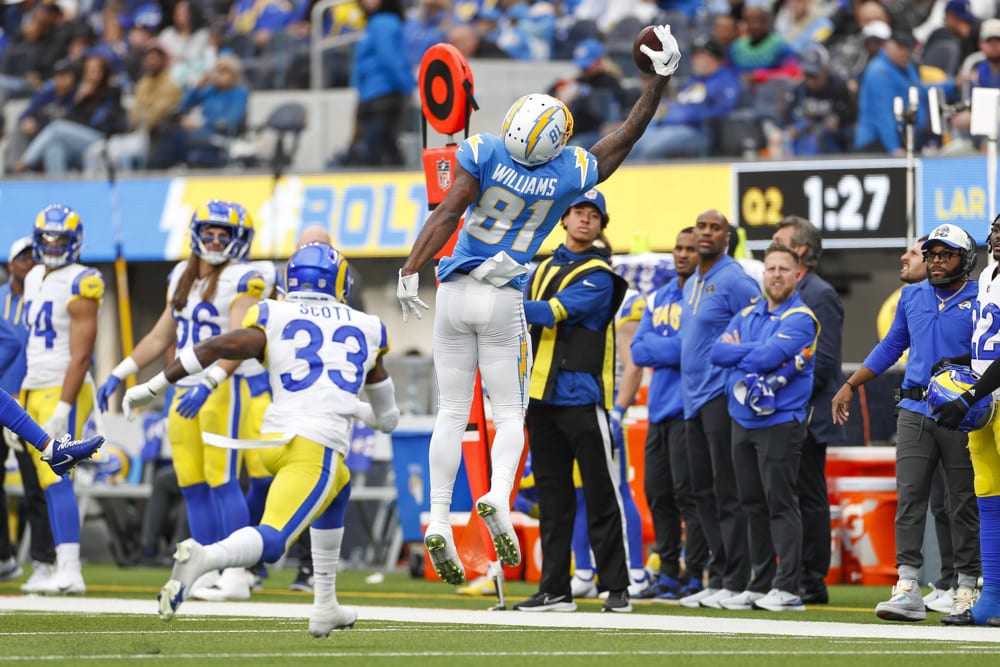 The NFL playoffs used to mean the end of the fantasy football season. Thankfully, that is no longer the case in 2023. With DFS and player props taking over, there is plenty of fun to be had and cash to be made.

Understanding player injuries is a great way to gain an edge over the sportsbooks and your opponents. I’m here to provide injury analysis and advice for another week of the National Football League. Welcome to the Wild Card Weekend Fantasy Football Injury Report!

Note: This injury report will be updated until the conclusion of Wild Card Weekend. For the most current injury news and analysis, follow me on Twitter @SGPNFootballDoc!

We kick off this Wild Card Weekend injury report with a bit of a mystery. Cincinnati Bengals WR Tee Higgins did not participate in practice at all Wednesday. He picked up an apparent hip injury last week and was forced to sit out a few plays.

However, Bengals coach Zac Taylor denies this was the reason he missed practice. Taylor claims Higgins is just dealing with an illness and nothing else. The Cincinnati WR was able to return to the game last week, meaning the hip injury is likely mild. Whether it is for the illness or injury, his practice status is worth monitoring this week.

Bengals WR Higgins missed a practice with an illness but is good to go. – START

Although stud rookie RB Kenneth Walker III missed practice Wednesday, it is likely a false alarm. Walker injured his ankle last month and has since returned to play in the past few games.

However, he has still hit the injury report most weeks for some well-deserved rest and produced on Sundays. I am not expecting this week to be any different.

There have been some conflicting reports on where and what exactly the injury is. Seahawks head coach Pete Carroll described the injury as not an ankle sprain but that he “jammed” the ankle. Since an ankle “jam” isn’t really a thing, I’m going to go off what we do know.

Although the exact nature of Walker’s injury is still a mystery, his injury situation is clearing up. I would expect him to return to practice soon and be ready to play this weekend. He is facing one of the best rush defenses in the league, however.

Walker missed practice Wednesday but is still likely to play this week. – START

The Baltimore Ravens decided to rest many of their key players last week against Cincinnati. However, they still did manage to add a new name to the Wild Card Weekend injury report.

Skilled RB2 Gus Edwards was forced to leave last week’s game with a concussion. He starts this week unable to practice and is in jeopardy of not clearing concussion protocol in time.

A concussion is a mild traumatic brain injury that leads to disruption in the function of the brain. A player’s ability to quickly process information on the field will be temporarily hindered. Additionally, a player’s reaction time will be delayed while recovering from this injury.

Research has shown that most NFL players return to playing in less than seven days from injury. However, this injury provides uncertain expectations. Concussions are still largely a mystery, and everyone’s recovery can differ depending on the symptoms.

The NFL has a standardized protocol requiring players to complete five steps before being able to play.

Los Angeles Chargers head coach Brandon Staley has made many questionable calls in his short career. One of the most egregious may be what leads to his star WR landing on the Wild Card Weekend injury report.

The Chargers had a meaningless game last week, yet Staley chose to play his starters. This quickly led to WR Mike Williams having to be carted into the locker room with a back injury.

However, imaging did show a contusion, which just refers to muscle damage or a bruise. Back spasms are typically an injury that can be played through, but it is painful and nagging.

A wrong movement or tackle can also lead to the back becoming locked up and not very functional again. Williams is not practicing as of Wednesday and needs to participate in some fashion Thursday.

Chargers WR was unable to practice this week and will miss multiple weeks after a spinal fracture was discovered. – SIT

The Miami Dolphins seem to be limping into the playoffs. With numerous players on the Wild Card Weekend injury report, they have an uphill battle this week. RB Raheem Mostert was running hard last week before he had to leave the game with a thumb injury.

He was unable to return as he suffered a fracture in one of the bones in his thumb. The fracture was described as a “significant break” by head coach Mike McDaniels.

It has not been disclosed how the Dolphins and Mostert will handle this injury. If he does play, his hand function will be limited, and he will have to wear some sort of protective brace.

The brace would allow him to play but only limit his hand function further. His pass-catching ability and ball-carrying skills will be hindered if he is able to play this week. Mostert was a non-participant in practice to start the week Wednesday.

Mostert is dealing with a thumb fracture and will be unable to play this week. – SIT

The majority of the Baltimore QB room is on this Wild Card Weekend injury report. Backup turned starter QB Tyler Huntley is still on the injury report even after resting last week.

Huntley picked up a shoulder injury two weeks ago, which has led him to hold off on throwing recently. Shoulder tendinitis describes an injury to one of his shoulder muscles in his throwing arm. Specifically, the portion of the muscle that attaches to bone is inflamed.

This is a painful injury that responds well to rest and rehab. Huntley was lucky to be able to take last week off and allow his shoulder to calm down some. It was reported that Huntley practiced in a limited fashion today, but it is unclear if he threw at all.

This makes sense, as the Ravens will want to limit his throwing volume until it is needed on gameday. This is a painful injury that is likely to worsen the more Huntley throws it until it is fully healed. I expect Huntley to start this week with a minor limitation of his shoulder.

Huntley is dealing with a shoulder tendinitis that is limiting his throwing volume and ability but will likely start. – MONITOR

Tua Tagovailoa has been one of the most talked about players this season. Unfortunately, a big reason for this has been his injury concerns. It’s safe to say that seeing Tua on the injury report with ANOTHER concussion is not what anybody wanted.

A concussion is a mild traumatic brain injury that leads to disruption in the function of the brain. It hinders the speed and ability of players to process the information on the playing field.

Research has shown that most NFL players return to playing in less than seven days from injury. However, this changes when multiple concussions have been suffered in a short period of time.

Due to the increased health concern with multiple concussions, Tua may have been shut down. He was quickly ruled out last week and has not returned to practice. The Dolphins do not seem to be factoring him into the QB situation for Wild Card Weekend.

In fact, Dolphins head coach Mike McDaniel has already ruled Tua out this week. He is still in concussion protocol, which makes his lack of progress concerning. Even if the Dolphins pull off the upset, I would not expect to see him next week, either.

Tua is still not practicing, and all signs indicate him being inactive this week. – SIT

Dolphins’ HC Mike McDaniel ruled out Tua Tagovailoa for Sunday’s game vs. Buffalo. He still has not cleared concussion protocol.

Dynamic Baltimore QB Lamar Jackson remains on the injury report for Wild Card Weekend. Ravens fans and fantasy owners alike held their breath a few weeks ago as Jackson had to be helped off the field. He suffered a knee sprain and was quickly ruled out of the game. Tests revealed that Lamar suffered a PCL strain and is being referred to as “week-to-week.”

The PCL is a stabilizing ligament in your knee that is often injured by another player running into the back of a player’s knee. The strain appears to be mild, as the team’s initial recovery window was between 1-3 weeks.

As of Wednesday, Lamar is still not practicing. This is now over a month of missed practices for the Ravens QB. There is real cause for concern at this point. There are some rumors that this absence could be contract-related, but reports are that his knee is still actively injured.

With such little progress, this indicates he either suffered a setback in training or the injury was worse than initially thought. Either way, the expectation at this point is that Huntley will be starting at QB this week.

The Ravens QB has not practiced yet this week and is unlikely to play. – SIT

To add injury to insult, he also dislocated his pinky finger upon releasing the ball. He hit his finger on the helmet of a defender and was unable to return to the game.

A dislocated finger refers to the bones being forcibly moved out of their normal positions. This results in pain, swelling, and some loss of function of the finger. This does not have to be a long recovery, but typically it takes about 3-6 weeks to heal fully.

It is almost certain that Bridgewater’s pinky on his throwing hand will not be 100% by Sunday. However, there is a small chance it may be functional enough to play through.

The news early on in the week does not look too promising. He is practicing in a limited fashion to start the week but reportedly only throwing short passes. He is having trouble gripping and holding the ball with his pinky finger.

It is very important that all your fingers are functioning on your throwing hand to control the ball. I would not trust a limited Bridgewater in my lineup if he does try to play.

Miami QB Teddy Bridgewater is dealing with a dislocated pinky and is unlikely to perform well this week. – SIT