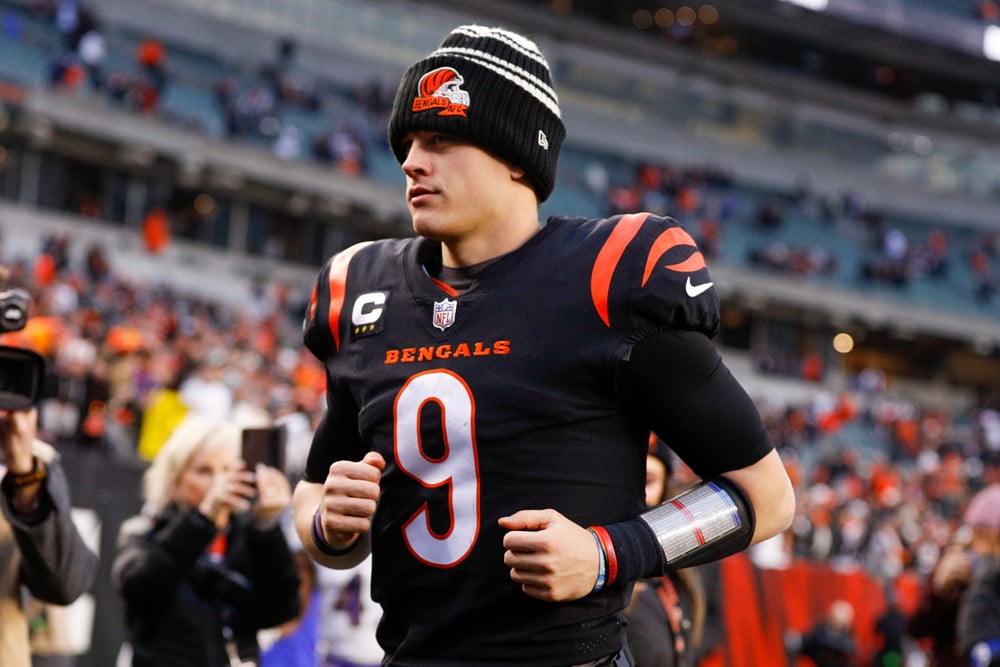 The guys (@GamblingPodcast) give out their best bets in this AFC Super Wildcard Weekend picks podcast.

In this show Sean and Kramer go live from Las Vegas to give their AFC picks for Super Wild Card Weekend. Once long ago when they were in Vegas, they emptied hefty sums of money on Giants ML, and watched Brandon Jacobs and Big Blue steal a Super Bowl from the Patriots.

A fun fact for the public is that Georgia QB and 2x National Champion Stetson Bennett is less than two years younger than the oldest starting AFC quarterback, Pat Mahomes. Another one is that Jaguars Head Coach Doug Pederson is the 7th Head Coach to go to the playoffs with two teams.

The Chargers and Jaguars matchup seems to be the most exciting matchup this weekend as both quarterbacks are starting in their 1st playoff game. Kramer believes this will a true Pros vs. Joes in the betting world, as people will try to over break down the numbers in this one.

Chargers Head Coach Brandon Staley has shown questionable decision making in the year, but he most likely has the better offense in this matchup. Plus, with an active Joey Bosa, the defense can put on a show if they all click. Mike Williams will also play this weekend despite fighting back issues.

With no Tua this weekend and Buffalo playing with a fire like no other, Vegas is giving the Dolphins no chance to win. In addition, they are 0-10 in their last 10 games under 40 degrees. However, the Bills are 1-3 against the spread recently, and double-digit home favorites are 1-7 in the playoffs in the last 8 games. The Bills could be in a let down spot as they played two close games together in their regular season, and the Bills could be looking ahead too much.

With a very questionable running back situation, Jeff Wilson should get plenty of volume especially with an injured Raheem Mostert too. With a defense that has been shaky at times and a potential end to the tragic magic, the Bills could be caught off guard if the Dolphins do the right thing for the running game. Skylar Thompson is the likely starter, which will benefit Trent Sherfield.

Lamar Jackson will be playing per Adam Schefter but reports from Ravens practice say Lamar does not appear to be 100%. He is trying to push through against Joe Burrow who is 10-3 against the spread from December on through the playoffs. He dropped one last week when the Ravens covered in a meaningless game, so he is really 10-2.

The Ravens offense has looked abysmal since Lamar’s injury, even if he plays hurt, the offense will still struggle. Although, the Bengals could be looking ahead to the Bills to enact revenge in a situation they felt mistreated. In addition, Baltimore has the third best defense since Week 9 and it is an AFC North playoff matchup, which means gritty, nasty football.