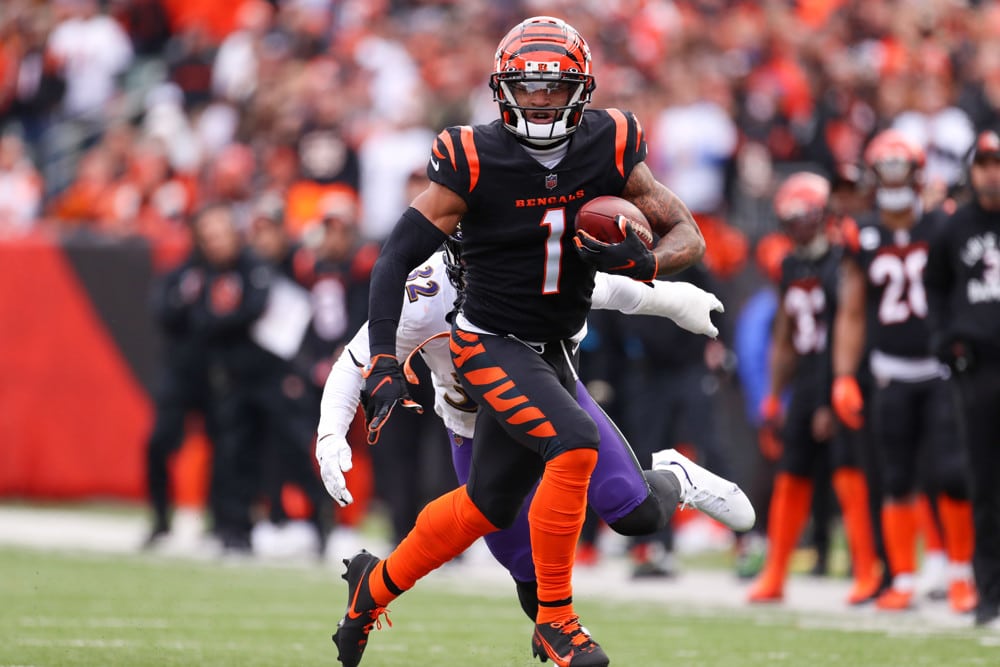 The guys (@GamblingPodcast) do their next NFL playoff best ball draft and are joined by Emerson Beery (@Dynasty_Analyst) to draft their NFL fantasy football playoff teams.

Emerson Beery joins the show from the SGPN Fantasy Football show to discuss and draft Best Ball teams. Underdog Fantasy is allowing the chance to win a pot of 1 million dollars if you can make the most elite playoff fantasy lineup. Use promo code “SGPN” at Underdog Fantasy for a deposit bonus of 100% up to $100.

There are many strategies to pick the best team for this Best Ball draft. One strategy is drafting based off of what your Super Bowl matchup is. In the first five rounds, focus on taking players from both teams you expect in the Super Bowl. After this, take guys who will get you over that week 1 hump while other guys are probably on bye, such as a Saquon Barkley.

For example, Kramer’s second team would benefit well from a Bengals vs Buccaneers Super Bowl, but he also has Isaiah Pacheco to rely on. Emerson also attempted this with his second team, looking at a Chiefs vs 49ers Super Bowl.

Taking guys playing each other in the first round early seems like it doesn’t make sense, but it can be beneficial. When you do this, you ensure that you will be able to return at least one. This can be a positive when you have two guys like Stefon Diggs and Tyreek Hill. Doing this strategy can be safe but also very limiting.

Josh Allen having the perceived extra game since the Bills are in the Wildcard Weekend has made him a consistent first overall pick. Most teams such as the Cowboys, Jaguars, and Seahawks don’t have players getting much attention in early rounds as it doesn’t seem too likely they will advance. Running Backs are somewhat of a question when drafting in Best Ball as their value can sometimes in question after the elite ones on the Super Bowl favorites go.