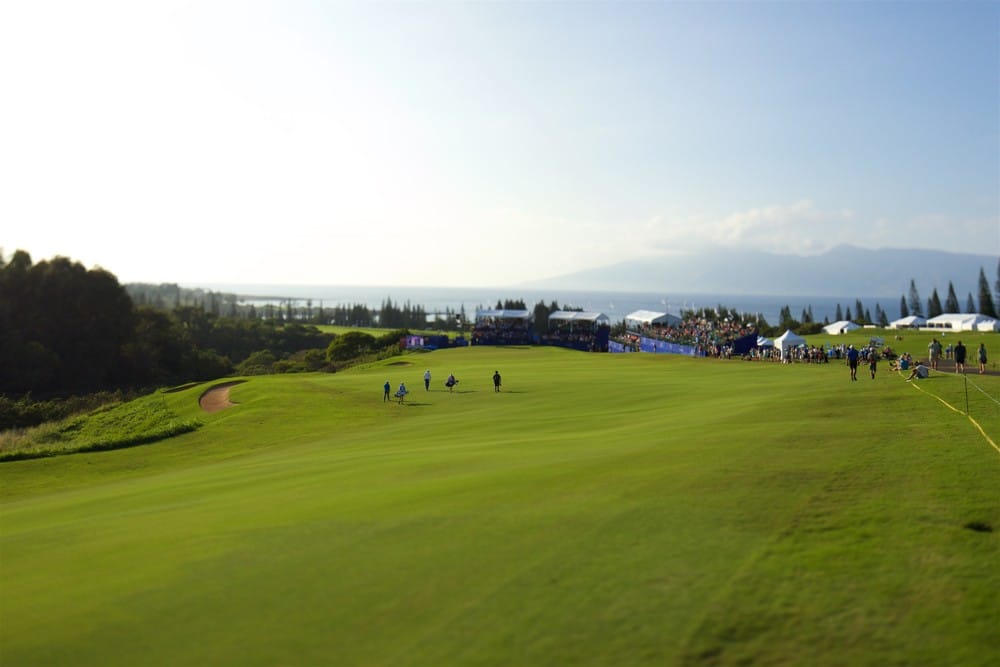 No longer is the Sentry Tournament of Champions limited to winners on the PGA Tour over the last calendar year. As part of their restructuring, the Sentry Tournament of Champions was elevated in status on the schedule. Not only will the purse increase, but the top players on the PGA Tour were guaranteed to make an appearance if they wanted to retain their Player Impact Program bonuses.

The only notable not in the field this week is Rory McIlroy. Rory doesn’t typically play the Sentry Tournament of Champions even if eligible. And this year is no exception. The next time we’ll see him tee it up will be in the Middle East at the Abu Dhabi HSBC Championship at Yas Links.

Otherwise, every big star on the PGA Tour will appear at Kapalua. Rahm. Justin Thomas. Xander. Morikawa. You name it. They’ll all appear on your televisions for primetime golf at a wonderful venue.

The Plantation Course at Kapalua was designed by Ben Crenshaw and Bill Coore in 1991. It has played host to the Tournament of Champions since 1999. Pros and amateurs alike rave about the course. From its breathtaking views overlooking Honokahua Bay and Molokai Island to its wide fairways, the course is both fun and challenging to play because of the elevation changes and the possibility the prevailing ENE winds wreak havoc on the golf course.

The round kicks off on the downhill 520 yard Par 4 running towards the bay. For a right-handed golfer, a draw off the tee should allow the winds to assist the golf ball towards the slope about 312 yards away and funnel the ball down the hill. Those who successfully navigate the ball down the slope will set up the perfect angle to a left-to-right sloped green with a mid-iron. Because of the helping wind and the downhill routing, driver is overkill for this hole.

After taking on the Par 3 2nd, the golfers start the climb up the hill from the 3rd to the 5th hole. The total elevation change over this stretch is about 250 feet. If the wind is up, tricky crosswinds will make the golfers uncomfortable, especially on the uphill approach shots. Once at the top of the hill, Holes 6 through 8 take the golfer all the way back down the hill towards the bay and then wraps up the Front Nine uphill to the clubhouse.

The first half of the Back Nine loops around in a counterclockwise fashion at the bottom of the golf course, and features the dueling banjos of the 12th and 13th holes:

The golfers will have the wind at their backs at the downhill 420 yard Par 4 12th. They’ll lick their chops as they attack a 70-yard wide fairway with the driver. This hole routinely yields the longest drives of the year on the PGA Tour, as even the shorter hitters have little trouble sending their tee shot 375+ yards down the slope. As long as they avoid the centerline bunker short of the green, the 12th is a very good opportunity to card a birdie.

The 12th was the scene for one of the best drives ever on the PGA Tour:

Their feelings as world-beaters are short-lived as they step onto the tee at the uphill 407 yard 13th. The aiding wind from the 12th is now punching them right in the mouth, and if the winds are howling even the longest hitters will have trouble clearing the fairway bunker 230 yards out. Anyone who scrapes out a par at this hole will count their blessings.

After another three-hole stretch up the hill, the round concludes from the highest point of the golf course at the Par 4 549 yard 17th down to the 663 yard Par 5 18th. Despite their behemoth yardages, the holes play much shorter thanks to a helping wind and a 300-foot drop in elevation from the 17th tee to the 18th green.

The 17th is definitely reachable in two as a long Par 4. The 18th is reachable as long as players hit the speed slot down the hill. Otherwise, the ball can get caught up on a slide slope far away from the green. This makes reaching in two almost impossible, even with the wind and downhill assist.

The Plantation Course is a few years removed from a significant renovation. By now, the rebuilt greens have softened up after a lot of foot traffic. The greens also run much truer than they previously did with the new TifEagle bermuda surface. As such, how difficult or easy the scoring is at the 2023 Sentry Tournament of Champions will come down to the weather. If there’s significant wind, then the winning score should be in the upper teens under par.

The current weather forecast calls for calm conditions. That might mean we see lots of birdies like in 2022. Last year, Cameron Smith beat Jon Rahm with a winning score of -34. And 18 of the 38 golfers in the field reached at least -20. Modern equipment and players are too good for a golf course like Kapalua to put up much of a fight. But between the breathtaking views and the return of golf in primetime, the 2023 Sentry Tournament of Champions is a must watch.

Here are some relevant facts and statistics about the Plantation Course at Kapalua:

1. The Plantation Course is wall-to-wall bermudagrass. Specifically, the greens are TifEagle Bermuda. This is the same exact strain of bermuda as the following venues on the PGA Tour:

Drilling down into these specific golf courses might be beneficial to determine who putts well on this particular strain of bermuda. Overall, though, simply referring to bermuda in general is sufficient.

2. The Plantation Course is just under 7,600 yards long and is a Par 73. However, the true yardage of each hole depends on if it plays uphill, downhill, or into the wind. Players might have short irons in hand on a dramatically downhill/downwind hole even if the yardage is 175 yards or more.

3. The fairways and greens are wide and huge at Kapalua. Some fairways are almost 100 yards wide. And the greens average just a little over 8,700 square feet in area. That explains why both the driving accuracy and greens in regulation rates are typically well north of 80%.

4. The Plantation Course is annually one of the easiest stops on the PGA Tour. The field averages a little over 2 under on each round. The Par 73 setup does aide in most of the field significantly under par every year. But anytime a professional is given wide fairways and big, soft greens, they’re going to set themselves up for plenty of birdie opportunities.

5. If there is a defense to the Plantation Course, it’s the greens. Of all golf courses on the PGA Tour with at least five total tournaments played on it since 2015, Kapalua features the 5th most difficult greens to putt on. The challenges seem to be on all putts greater than 5 feet in length. The slower green speeds and subtle undulations of the greens seem to give players a bit of trouble.

Next, let’s look at what types of approach shots players will hit at the Plantation Course. This will help preview what to expect at the 2023 Sentry Tournament of Champions.

There are higher rates of approach shots under 100 yards and over 200 yards than the average PGA Tour stop. But there isn’t a single dominating concentration of approach shot ranges that players will hit from. That’s a testament to the work Corre and Crenshaw did when laying out all 18 holes at Kapalua. As such, I don’t recommend using a specific proximity range to use in your handicapping. Every range is important. Target good iron players across the bag.

Next, let’s look at the relative skillset chart per DataGolf: 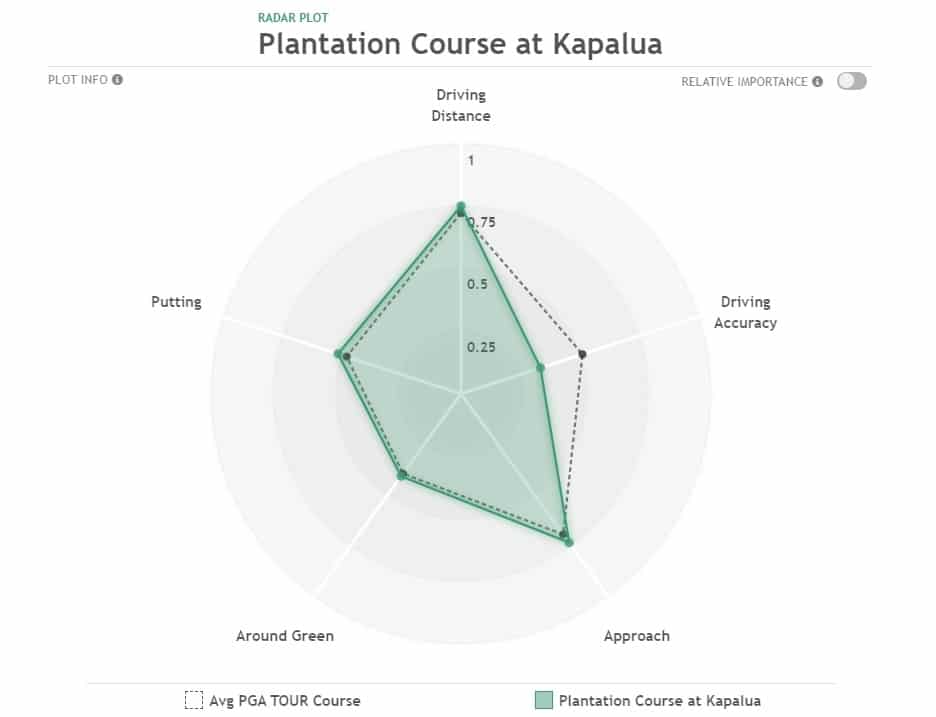 And nothing embodies the parity at Kapalua like last year’s leaderboard did: 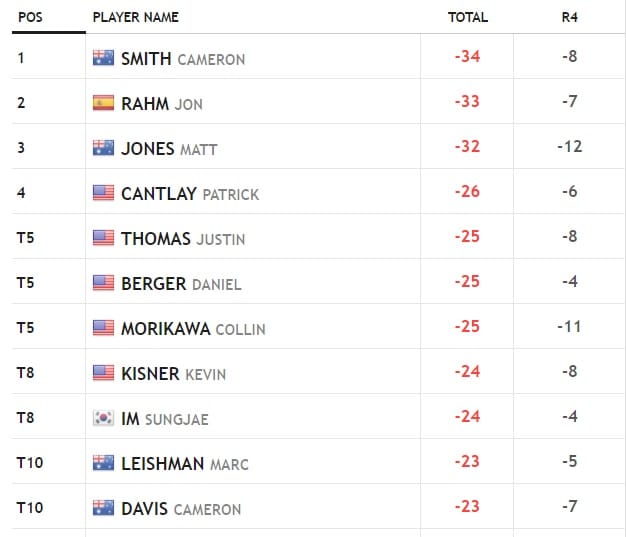 Pick your poison here. Rahm, Cantlay, JT, Berger and Sungjae do a little bit of everything well. Cam Smith typically isn’t elite off-the-tee, but he drastically improved his irons and is a god on and around the greens. Morikawa is a Top 3 ball-striker in the world, but struggles with the putter. And Kevin Kisner is the polar opposite of Morikawa in almost every single way.

Kapalua allows any type of player to excel so long as their strengths show up in the week of play. It’s similar to that of Augusta National, which coincidently DataGolf lists as the most correlated golf course to Kapalua. That might help explain why so many players that have found success at Augusta also find success at Kapalua. Here’s the list of examples:

Other players with significant crossover success at Augusta National and Kapalua include Hideki Matsuyama, Rickie Fowler, and Adam Scott

Between the variety of skillsets that can find success at Kapalua and the requirement to hit approach shots from a variety of different lies, referring to players with success at Augusta is a great way to handicap players at Kapalua. Expect a winning score near around -30 once again, with almost half the field at least -18 or better. Players who struggle to putt or convert birdie opportunities might see their ceilings capped.

Lastly, relying on both short term and long term stats might be a dangerous proposition this week. Most of these players haven’t teed it up in a competitive environment in well over a month. Who knows what form they’ll have coming in. This is a great week for those who rely more on gut feel than databases.