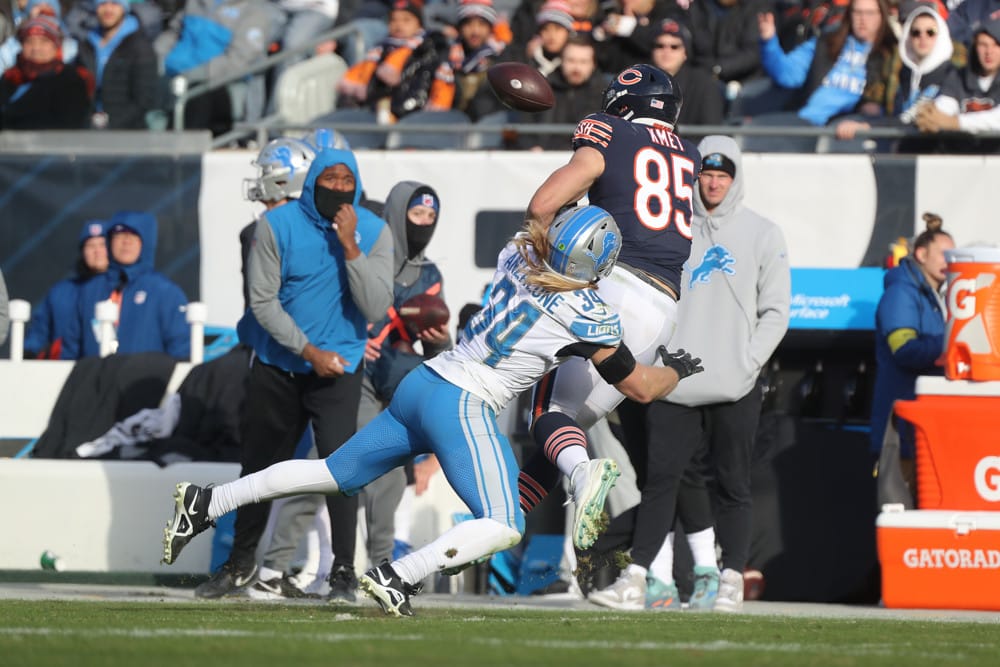 It’s Week 17 IDP fans! And we’re here because we’re wanting to win a fantasy football championship. And whether it’s for the championship, just for a better losing record, or even just the respect we’re here to help you do just that. So let’s make a list of NFL defensive players that just may be on your league’s waiver wires if they’re open. I will also be breaking down the hot positional matchups that can bring home that fantasy football title.

By championship winners I mean they won’t lose you anything based on their projected floor. They also have very favorable matchups on paper according to what’s allowed to their positions.  Of course, player history and performance have been taken into consideration as well.

We’re suggesting the Chargers ILB Drue Tranquill first if he’s available. This long-time veteran has been the most consistent LB1-performing linebacker on this list. It doesn’t matter what the matchup is either. With this stronger matchup versus the Rams, he is a lock in lineups this week. Tranquill’s odds are strong that he’ll be one of the best IDP darlings in Week 17 IDP leagues.

Count how long it takes Drue Tranquill to get to the QB. 😳

The Lion’s ILB Alex Anzalone started off the season with higher volume LB1 production. However, he recently has cooled off in the box score. That’s not going to be the case in this contest versus the Bears in Week 17 IDP leagues though. They’ve been allowing top-10 numbers over the last few weeks. Furthermore, the first time these two teams met Anzalone recorded his second-highest total number of tackles for the year with 10. Setting an IDP ceiling that’ll pad a win in the fantasy football playoffs.

Although he has been up and down recently with Pete Werner in and out, eventually ending up on injured reserves. The Saint’s breakout ILB Kaden Elliss resumed full-time duties in Week 16. That’s great news for fantasy managers as he plays against the Eagles this game. While by the numbers they aren’t elite at allowing ILB production, Elliss has proved he can get the job done. He has done it consistently with overachieving stats and he plays all over the field.

The Bear’s Joe Thomas might be another replacement but by the numbers, Thomas is as solid as they come as a backup. He has shown history, as we have seen in Week 16, to absorb the production by simply not being out of place. That’ll bold well versus an opponent like the Lions in Week 17. The Lions have crept up the ranks and allowed more production to the ILB position in recent weeks. So Thomas will make good on his opportunities when the Bear’s DL struggles to stop anyone up front again.

A late-season option after multiple injuries to the Titans ILB unit. Monty Rice has emerged again as an option for getting full-time snaps. He’s recording default production with a little bit of style. Although it might be way better if Dylan Cole is out again. Either way Rice will still see enough secondary ILB snaps to record those tackles when Dallas comes to town. They will run the ball with Ezekiel Elliott and Tony Pollard, and then try to keep Derrick Henery off the field as much as possible. Hence, their approach in most contests and why they allow so much to the opponent’s run stoppers.

Part of the reason for the recent surge in production for Brown’s Grant Delpit is strong matchups. The other reason for his IDP returns is the state of the teams inside linebackers. They are decimated down to Deion Jones and someone named Tony Fields. Also retread for a long-time and below-average veteran Reggie Ragland. This certainly boosts this top 12 safety matchup versus the Commanders. He’ll also be playing in the box and collecting all those missed tackles in front of him.

It was just Week 14 that the Steelers and Minkah Fitzpatrick faced off with the Ravens. Those results? 11 combined tackles and a floor secure enough n this matchup again in Week 17 IDP leagues. He’s a proven winner that’s seen a drop in production recently, but we can trust he will bounce back in this divisional contest.

Minkah Fitzpatrick's open field tackling continues to be the most overlooked part of his game. Consistently excellent 1v1. Watch him knock down Josh Jacobs' arm on stiff arm and make the tackle.

Play called back on Vegas penalty but Fitzpatrick is more than a ballhawk. #Steelers pic.twitter.com/iaVqxmvRTy

The veteran has been slow and steady all season for the Colts. McLeod has been a solid streamer lately with an average of 6 total tackles. His ceiling of 10 combined is within reach in this game versus the Giants. New York breaks through to that second level as they always do. Rodney McLeod will be there to try to stop them in the secondary as he’s been doing all year.

Don’t let the Giants’ Jason Pinnock’s down game in Week 16 fool you. It happens to the best IDP players from time to time. Since becoming a full-time starter, Pinnock has proven he will overachieve in any given contest. Not that he’ll need to in Week 17 IDP leagues. Facing the second-best option in allowing points to Safeties in the league.

Jason Pinnock #27 is having a great game so far pic.twitter.com/I5HpsTF0yu

Over the last 5 games. The Texan’s Jalen Pitre has matched up great with some of the best Safety production in the NFL. Recording an astonishing 55 tackles in the process as a DB1. Versus the top 10 Jaguars this week, and with the flux at Linebacker in front of him, there’s no reason he won’t repeat those averages and record more than the eight total tackles.

The Bills Greg Rousseau was the only true Defensive End we could recommend in Week 17 IDP leagues. Why so? Well unfortunately all the upper-tier teams that allow a lot of production off the edge are facing 3-4 defenses. This means they are designated LB (OLB). That won’t do standard league managers any good unless you’re using somewhere like Sleeper. They might have them as dual-positioned players.

As far as Rousseau and this matchup versus the Bengals though, he’ll take care of business as usual when the matchups are right. Rosseau will get in the backfield of the Bengals, and show us why they are top 5 allowing IDP scoring of the edge.

Gets back up, takes a good pursuit angle to the ball carrier, then puts the brakes on & uses his length to his advantage. Great hustle & rep#Bills #BillsMafia #GoBills

There is no doubt that this veteran might not be available in your league. However with an up-and-down season recently, the Steelers Cameron Heyward can’t be denied as a strong option versus the Ravens this week. With 6 combined tackles just a few weeks ago against Baltimore, we don’t see why he won’t add a tackle for loss or two.

The Colt’s interior defensive lineman Denico Autry returned this past week from an injury with a big bang. We’re riding the hot hand with a known veteran if we’re lucky enough that he’s available. And as we mentioned above, you guessed it, the Cowboys run the ball a lot.

So that’s right up Autry’s alley to have just as good a contest as he did in Week 16 as a ceiling. Just don’t count on it including another forced fumble. Add a +1 for a better and top-12-ranked opponent allowing production in the interior.

Both B.J. Hill and D.J. Reader carry the same floor in a Week 17 IDP contest versus the Bills who rank top 10 in production given up to interior linemen. If we have a player A, it’s Hill. He’s the main guy right now and receives all the starter snaps available. Plus he’s been outstanding all year as a DT. He has overachieved this season in less favorable contests more times than he hasn’t.

D.J. Reader is just as talented, slightly older, and coming off an injury. To maximize the odds he might be available, he just flopped in what was a tough matchup versus the Patriots.  He’s averaged around 70% of the snaps, which is solid for a team’s DT2. This will afford Reader plenty of opportunity to record solid DL stats. This is a strong interior matchup which will help make sure we don’t take a big hit in the Week 17 IDP box score.

With the NFL playoffs just around the corner and almost all fantasy football league champions being crowned. This is the last of our 2022 in-season fantasy football footnote editions. We’ll be  back next week, same time, same place, and with plenty of 2023 prep content coming your way. So until then, have a happy New Year, and best of luck in all your fantasy football championships this weekend!