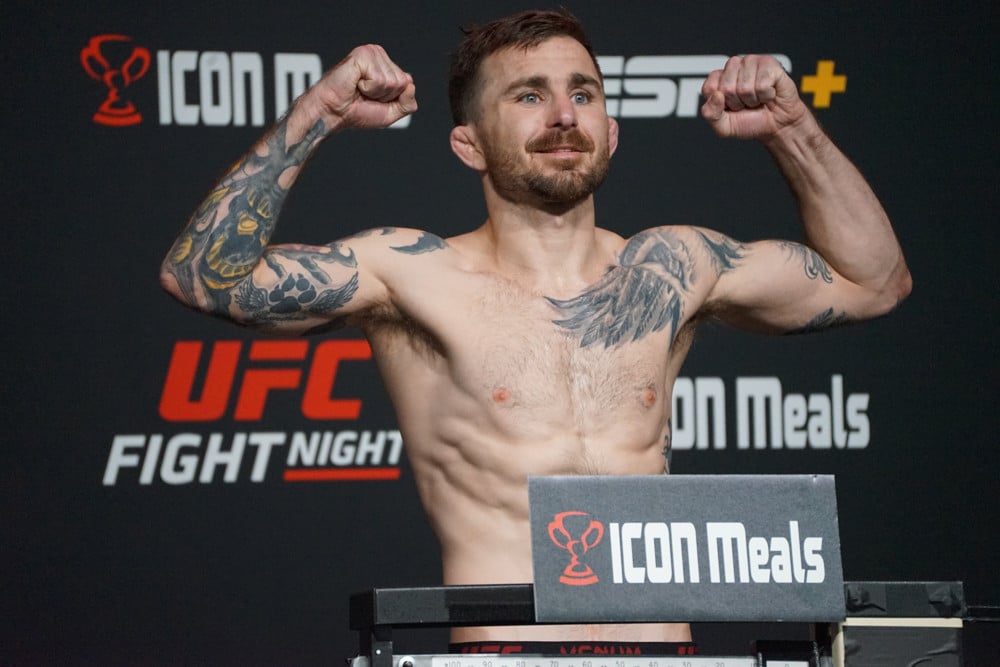 Depending on where you are in the world, you may have recently realized that betting on UFC is no longer available to you (or at least more restricted). If you’re not the type of person plugged into the behind-the-scenes of the MMA world, this can be confusing. We’ve got the quick notes for you to catch you up on what’s happened and what might be next.

What Happened in the UFC

On November 5th, Darrick Minner was scheduled to fight Shayilan Nuerdanbieke at UFC Vegas 64. Minner posted early on as an underdog, but not a particularly huge one. Then, at roughly 3:30 pm on the day of the fight, something happened. The odds on Minner nearly doubled. While he was short of being a +200 underdog when he woke up, he was now approaching +330. It was wild enough that talking heads on Twitter were wondering what in the world could be happening. 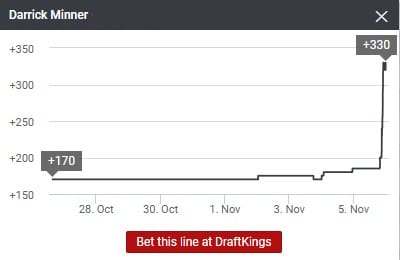 If this movement was alarming, the fight didn’t assuage those concerns. Within a minute of the fight, Minner appeared to be exhibiting an injury to his knee. Shortly thereafter, he went down, giving Nuerdanbieke the TKO victory.

While this is sketchy enough on its own, the details only make matters worse. Minner’s coach, former UFC fighter James Krause, was in his corner for the fight. And Krause just so happens to supplement his income by running a podcast and a Discord channel giving advice about UFC and MMA gambling.

While plenty of people were speculating right away about the connection of Krause and the quick exit of Minner, sportsbooks were not yet getting cautious surrounding it. That is, until it was clear that Krause was under investigation.

Just two weeks after Krause cornered Minner, he was scheduled to corner another of his UFC fighters, Miles Johns, in the same arena. As Johns walked out, Krause was suspiciously missing from the corner. After winning, Johns confirmed that Krause had been accosted the day prior and told he was barred from attending the event. That’s when the dominoes started to fall.

The first to fall was New Jersey. Within a day the New Jersey Division of Gaming Enforcement passed down a mandate to all books that they were not to take action on any fight that involved fighters who were associated with James Krause. Ontario was next, except they decided to outlaw the UFC entirely. Alberta followed suit with their Canadian neighbors and went with the full ban (however, within the past 24 hours they have lifted the ban).

What’s Next for UFC Betting

This was undoubtedly frustrating for some of these jurisdictions, especially given that sports gambling hasn’t been available in some of these places for all that long. However, there is a reason for optimism about it returning. After staying mostly off the record, the UFC finally got official with their statement on James Krause – outlawing him and any fighter associated with him from competing.

UFC has issued a statement to fighters announcing James Krause cannot train or corner them pending the outcome of a government investigation. Huge, huge piece of news in the developing betting scandal story. pic.twitter.com/b35HpBRw5w

This directly seemed like a play to show the books that the UFC was getting things under control. There has been no sighting of Krause since then. Many fighters have been seen posting from his gym, but clearly with other coaches. It’s likely by the first UFC card of 2023 this will have all blown over. Of course, there is a chance that the investigation reveals more issues. However, it seems unlikely for that to be the case at the moment.

If you’d like even more information on MMA and gambling on it, be sure to check out the MMA Gambling Podcast. The guys are dropping episodes every week to make you the smartest guy at the bar.