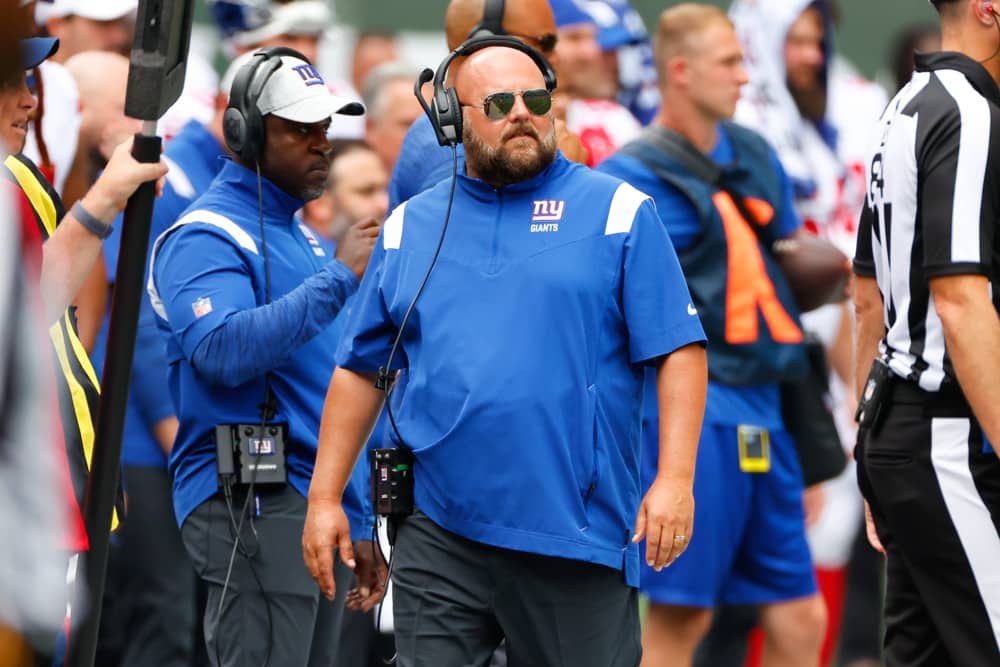 We check in on the latest odds from Caesars Sportsbook, and offer up our own choices on who we would vote for right now if given the chance.

Nick Sirianni (-170): He obviously has a lot of talent to work with. But winning 11 games is a highly significant accomplishment to this point. The Eagles have beaten everyone who they are supposed to beat and more, including Minnesota and Dallas. Being able to win almost every week is not easy at all, and pulling through nearly every time is truly admirable and not often sustainable regardless of opponents. Sirianni might lock down the award if Philadelphia wins at Dallas in Week 16.

Kevin O’Connell (+325): Fashioning a 10-2 record is obviously impressive, and his momentum increased with a Week 13 win over the Jets. A totally embarrassing loss to Dallas and having the second-worst defense in the league are factors against him in my view. But Minnesota has a friendly schedule the rest of the way and could finish with a great record that may ultimately notch the award for O’Connell.

Robert Saleh (+800): The QB switch to Mike White can help him contend for the award if it ultimately drives the Jets to a playoff berth. Overcoming the loss of Breece Hall would also be to his credit. But recent losses to Minnesota and New England may have hurt Saleh’s case. A win at Buffalo this week can significantly improve his outlook, as a season sweep of the Bills would be a huge accomplishment.

Mike McDaniel (+1500): The Week 13 loss at San Francisco damaged his odds, but McDaniel has guided the rise of Tua Tagovailoa and the revitalization of the franchise. Winning the Tagovailoa/Justin Herbert showdown this week and prevailing at Buffalo in Week 15 would shoot McDaniel back up near the top of the list.

Mike McCarthy (+1500): He does not get enough respect, maybe because the stench of his first season in Dallas lowered opinions of McCarthy. I think he should have no worse than the third-best odds to win the award right now. McCarthy kept the ship afloat when Dak Prescott was out. The Cowboys are fielding an elite defense and the offense is stomping out opponents in unrelenting fashion. If Dallas beats Philadelphia in Week 16, and wins at least four of five the rest of the way, McCarthy has to be taken seriously as a favorite.

Brian Daboll (+2000): He was my personal favorite until the Giants lost to Detroit at home in Week 11. Not winning at Dallas because of injuries can be excused, but no coach who is defeated on his own turf by the Lions and ties in a major divisional matchup should get the award. Daboll has still done a nice job overall with an undermanned roster all year, but his chances took a big hit in the last three weeks.

Pete Carroll (+3000): A loss to the Raiders at home in Week 12 hurt his case, as did two consecutive losses before the Seahawks got back on track with a Week 13 win over the Rams. When Seattle was 6-3, Carroll seemed to be a favorite to win the award. Much to his credit, many analysts and observers didn’t even expect the Seahawks to win six games. Carroll still has his young team in a playoff race and if Seattle wins most of its games down the stretch, his odds can improve again. A playoff berth has to make him a top favorite to win Executive Of The Year. He oversaw the drafting of an excellent rookie class along with GM John Schneider and maintained firm faith in Geno Smith, which may be the single most masterful player personnel decision in the NFL this season.

Kyle Shanahan (+5000): If he can win the NFC West without Jimmy Garoppolo, Shanahan will rocket up near the top of this list. Wins over Tampa Bay and Seattle in the next two games will be pivotal to his award outlook. This is one of the most compelling candidates to keep an eye on.

Zac Taylor (+7500): The Bengals have won four straight and six of seven, and a win over the Chiefs makes a bet on Taylor seem even more tempting. Like other candidates, how he fares against Buffalo (Week 17) could elevate his odds in a big way.