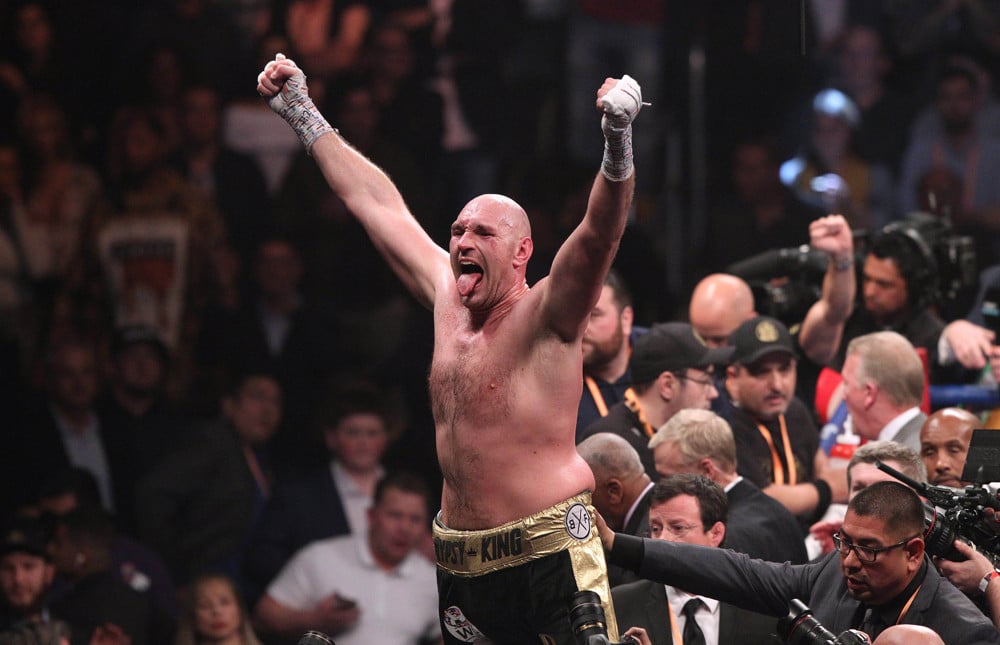 Although not against Anthony Joshua or Oleksandr Usyk, Tyson Fury will fight again this Saturday. The trilogy heavyweight fight between Derek Chisora and Fury will take place at Tottenham Hotspur Stadium in London, England. Note: it is an outdoor stadium and the weather in Fahrenheit projects to be in the high 30s. Both previous fights ended in Fury victories, one via KO, with the other going the distance, but this is the first fight between the two with a world title belt on the line. Boxing odds on the Whyte vs Franklin fight with picks and bets from the Sports Gambling Podcast Network are coming up. DING DING!

Derek Chisora has lost twelve times in his career. Since May of 2016, Chisora is 8-7 in his career and he has lost three of his last four. However, as a good friend of Fury’s, Chisora was at the top of the list to receive a phone call from Fury’s camp. Also, during the 8-7 stretch Chisora has only been stopped once, and three times total in his career (once via Fury). It’s safe to say Chisora is known as a declining veteran with a tough chin ready for a “war.”

The last time we saw Tyson Fury in action he knocked out Dillian Whyte in the sixth round. To our knowledge, Oleksandr Usyk decided to press pause on the historical undisputed heavyweight match and resume those talks in the year of 2023. In an effort to stay busy, a tune-up fight was pitched to fellow countryman, Chisora, who doesn’t pose much of a physical threat to Fury.

These heavyweights are fighting in wintery cold conditions. I’m taking into account that it may take a few minutes for their big bones to warm up. Also, the two are buddies. I look for Fury to hold his foot off the gas. Chisora, an inferior opponent, hangs around a little bit longer than he should.