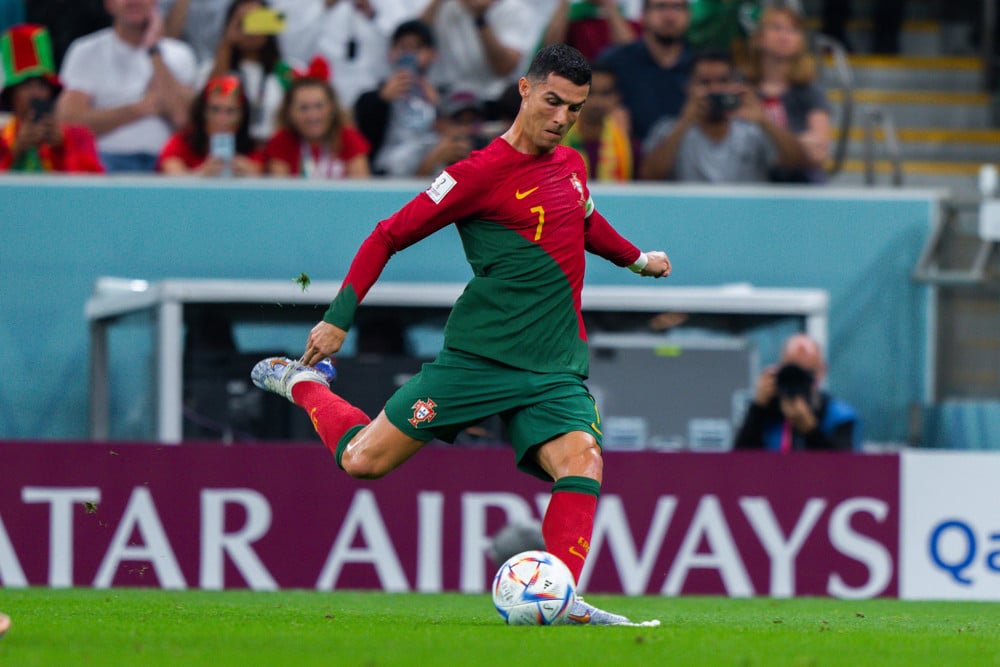 World Cup viewers on December 2nd are advised not to blink out of fear they might miss another stunning result. If Matchday 13 is anything like the last several days of action then we are surely in for another wild ride. The conclusion of group stage play will see all eight teams in Group G and Group H fighting for their place in the Knockout Round. For Portugal and Brazil they are at worst already qualified but by no means are things done and dusted. Hopefully you’ve been cashing those underdog tickets to build yourself a little extra holiday fund or pad the old bankroll. So let’s dive in and take a closer look at what’s on the docket in Qatar tomorrow.

The Korean’s are no stranger to facing a juggernaut and needing a result in their third match of group play. In fact, four years ago in Russia they found themselves against Germany and in a similar scenario for their third match. In Qatar, Korea will be eliminated with a draw or loss. If they can find a way through the Portuguese then it will take tiebreakers and a favorable result in Ghana vs. Uruguay to secure a spot in the Knockout Round. For Portugal, they win Group H with a win or a draw. They could also take top honors in the group with a loss and if Uruguay beat Ghana. Ultimately I think this match plays out in a similar way to how France approached Tunisia a couple of days ago. The Koreans will give everything they have, unfortunately it won’t be enough. Play: Both Teams to Score (-115)

For as poorly as they have played, Uruguay is not out of it just yet. One thing is for sure, a draw or a loss and they are on a plane home. The only way through to the Knockout Round is a win and a Portugal win or draw against Korea. Tiebreakers would come into play if they were to win and Korea beat Portugal. On the Ghanaian side, a win means they’re in and a loss means they’re eliminated. If the match ends in a draw, Ghana could still qualify if Portugal win or draw against Korea. It would take tiebreakers if Korea were to beat Portugal. I stand firm in my belief that Uruguay have been a disappointment at Qatar. Meanwhile, Ghana have shown great passion and tenacity. The African nations seem to find a way and I think Ghana will here. Play: Ghana Tie No Bet (+265)

For my money, Brazil have looked like the side in Qatar most ready to hoist the World Cup. They have scored three goals and have yet to concede one. A Brazilian win or draw in this match means they claim the top spot in Group G. A Brazilian loss by fewer than 3 goals and they would still top the group if the Swiss lose or draw. Meanwhile, if the Cameroonians draw or lose they are officially eliminated. It’s a tall order but if Cameroon do beat Brazil they would sneak into the Knockout Round if Switzerland win or draw against Serbia. Cameroon would require tiebreakers if they beat Brazil and Serbia beat Switzerland. The difference in technical skill and quality on the ball largely favors Brazil. Even if Cameroon will go for it but even if they do score I don’t see them keeping a clean sheet. Play: O2.5 (-135)