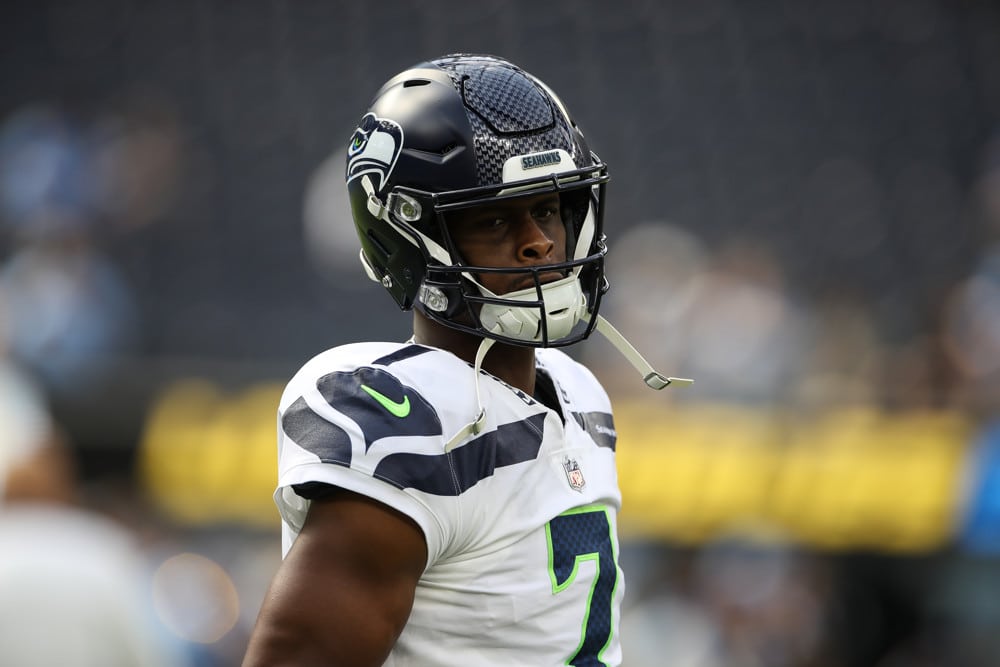 Through 11 weeks of football, the NFC West is not going according to our preseason plan, to say the least. For the first-place San Francisco 49ers, the Trey Lance experiment came to a halt due to injury. For the second-place Seattle Seahawks (I still can’t believe it!), Quarterback Geno Smith is a part of the MVP/Comeback Player of the year conversation. Finally, the expected first-place competition has seemingly become a last-place competition between the defending Super Bowl Champion Los Angeles Rams and the Arizona Cardinals. In this article, we will break down who we think the NFC West division winner will be, as well as analyze their projected win totals.

The Seahawk’s win total for this season was set at 5.5 wins. Unfortunately, I was one of many who forecasted an under for this team. The Seahawks cashed that over in week 9 with a win over the Arizona Cardinals. I still believe that the under was the correct call. They traded their franchise Quarterback Russell Wilson and lost their pro-bowl linebacker, Bobby Wagner. Regardless of how it turned out for those teams, they were significant losses for the Seahawks, indicating that this team was heading in a younger direction.

If I am handicapping the rest of the season, my best bet would take the under on the Seahawk’s live total at 9.5 wins. The Seahawks have the 6th toughest schedule coming out of their BYE. They have competitive matchups against the 49ers, Chiefs, and Jets. They also have two division matchups against the Rams remaining on their schedule. Historically, it is tough to win both matches. I foresee the Seahawks finishing their season with a record of 8-9 or at best 9-8.

With Trey Lance at the helm, Vegas had the San Francisco 49ers at 10 wins this season and I don’t think any of us thought twice about taking the under. Since then, things have changed in San Francisco. Jimmy Garoppolo is manning the ship and they acquired Christian McCaffrey from the Carolina Panthers. Currently, the 49ers are ranked in the top ten of total offense and they rank number one in total defense.

If I was looking for a way to handicap the remainder of the season, I would bet the San Francisco 49ers to win the division at around -130 and I would bet the live win total over 10.5 wins. It is not out of the realm of possibility that this team wins out the remainder of the season. Currently, they sit atop the NFC West with a record of 6-4. Looking ahead, they face the Saints, Raiders, Seahawks, Commanders, Buccaneers, and Dolphins. At worst, I see this team finishing 11-6. I would even grab a Super Bowl ticket on this team, they play lockdown defense, the offense is clicking, and they have momentum. This is probably the only NFC team right now that I can see holding their own in a shootout with one of the AFC juggernauts.

The Cardinal’s win total for this season was set at 8.5 wins. Prior to the start of the season, I was on the under for this team. Currently, the Cardinals are 4-7 and starting quarterback Kyler Murray has been sidelined with a hamstring injury. The Cardinal’s path to 9 wins will not be an easy one. They need to win five out of the six remaining regular season games. Looking at their schedule, they face the Chargers, Patriots, Broncos, Buccaneers, Falcons, and the 49ers. Let’s break that down further; four of those six teams are currently in the playoffs, and four of those six teams have a top-ten-ranked defense. That is not ideal if you are ranked third in your division with playoff aspirations.  Realistically, I see this Cardinals team finishing 6-11 or 7-10. I would stay away from betting on this team for the remainder of the season.

The Play: Stay Away!

Rejoice! We can cash this one early! What a disaster ‘running it back’ has been for the Los Angeles Rams. Before the start of the season, the books had the Rams win total at 10.5 wins.

I could not get to the window fast enough when I saw this win total. In the off-season, the Rams lost Von Miller, Darious Williams, Austin Corbett, Ogbonnia Okoronkwo, and Sebastian Joseph-Day. The unfortunate reality of this Rams team was that they got themselves in a cap-space disaster, fell victim to some retirements, and mortgaged their entire future on that Super Bowl. Yes, they won the Super Bowl, but their future looks bleak. It will be interesting to see if this Rams team can make it out of the season with more than 5 wins, what do you think?

If I am handicapping the rest of the season, I will look toward a live win total as well. DraftKings has the Los Angeles Rams win total set at 6.5 wins this season. I would bet the under, I cannot see a scenario where this Rams team finishes with more than 7 wins. They lost Cooper Kupp for the remainder of the season and in Week 11 Matthew Stafford went back into concussion protocol for a second straight week, indicating that he’ll also miss some time if not the entire season. Everyone on this team seems checked out, and if I’m Sean McVay, I’m shopping TV deals as soon as possible.

Thanks for checking out this NFC West Division Winner preview from the Sports Gambling Podcast Network. Check back daily for more NFL betting content.