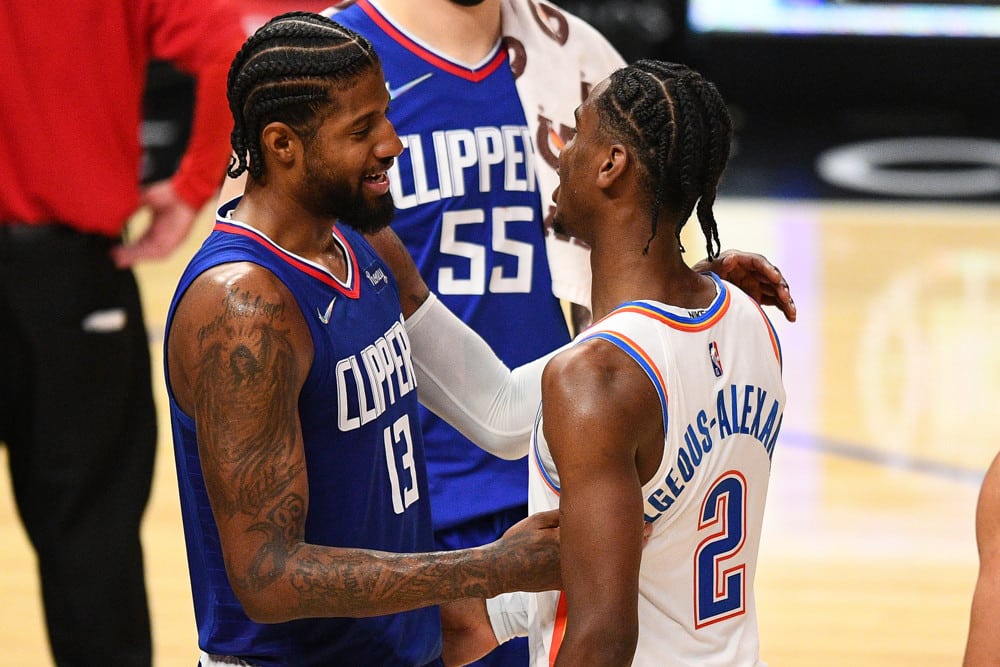 Everybody loves Fridays. Especially when we have a full slate in the NBA. Eleven games on the board across the league with some pretty interesting matchups. Instead of breaking down each game, in this article, we will break down five NBA player props that you can attack.

SGA has been balling! In the last ten games, he’s been averaging 33.5 ppg while putting up six 35+ games. He’s gone over this number in eight of his last ten games and the number is going to continue to rise. SGA can’t be stopped right now, and the Grizzlies haven’t been playing all that well. I don’t trust their defense against an OKC team that has shown us they can score. OKC’s offense runs through SGA, if he’s able to shoot anywhere from twenty to twenty-five shots, he’ll go over this number tonight as an NBA Player Prop Best Bet.

Now, this might not be an exciting game, but we can still make money. A lot of injuries for the Hornets which is good for Scary Terry. I think he’ll be their entire offense which means chucking up a ton of threes. If the Hornets attempt around thirty-three-pointers, I imagine Terry taking at least ten of them. Cleveland doesn’t do a good job guarding the arch which bodes well for a guy like Scary Terry.

This number seems low, but I’ll bite. Myles Turner has been balling and I expect him to continue against the Rockets. He’s gone over this number in three of his last four games. He’s averaging 18 ppg and I think he has a favorable matchup against Sengun. The Rockets don’t do a good job defending the paint and Turner can really expose that. Give me Myles Turner O16.5 points.

I love this play. Aaron Gordon is a beast on the glass. I can’t believe we are getting plus money on such a small number. Gordon didn’t play Wednesday against the Knicks due to an illness but before that, he’s gone over this number in seven straight games. I expect him to have even more of an opportunity Friday night with Jokic being out. The Nuggets are a much better rebounding team than the Rockets and plus money, I can’t get away from this play as an NBA Player Prop tonight.

Bias aside, Julius Randle has been balling out this month. He’s averaging about 21 ppg on the season but he’s gone over this number in five of his last seven games. The offense has been running through two guys, Jalen Bruson and Julius Randle. If he takes about eighteen to twenty shots, he’ll definitely go over this number. Let’s hope for a hot start from Randle. I love this NBA Player Prop to go over!

Julius Randle did it all for the @nyknicks, putting up a 30+ point double-double and making hustle plays late to secure the win! #NewYorkForever