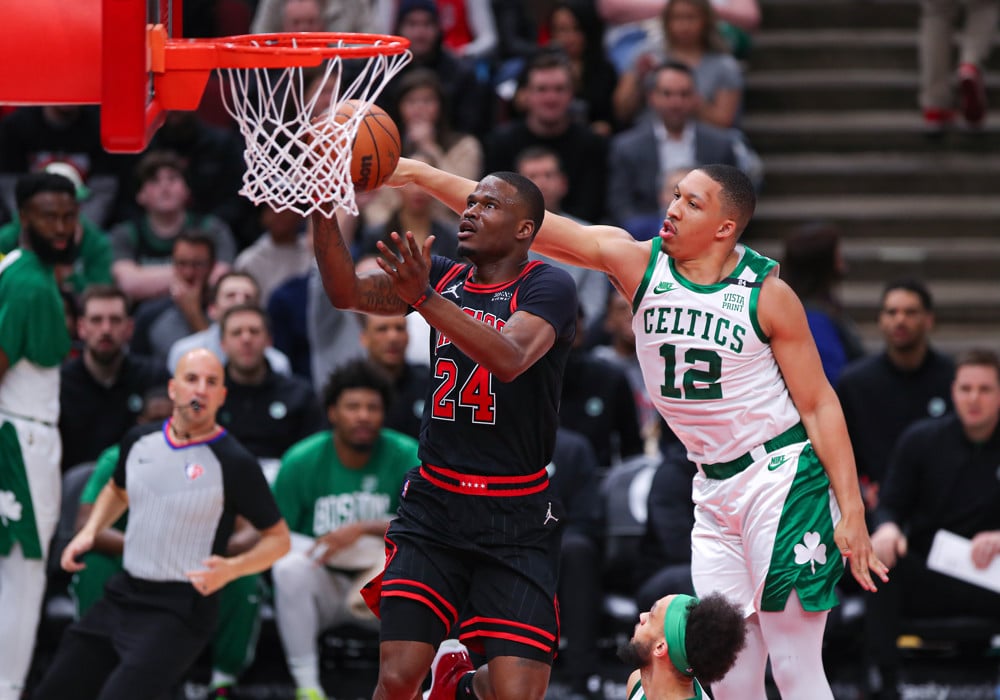 The fantasy basketball season rolls on, which means your lineup surely has some holes in it that you are anxious to fill. Whatever your needs may be, we’ve got ten players who can fill in various roles, positions, and stat categories to help out your team. And the best part is, they are more than likely available for free on your fantasy basketball waiver wire.

The sophomore jinx doesn’t exist in Trey Murphy III’s world, as he’s having a breakout second campaign in The Big Easy. He’s at the very least doubled all his stats across the board, including minutes played. Yet his efficiency has also improved despite the larger role in the Pelicans’ offense, as he’s putting up a sparkling shooting line of 47/39/96. He is prone to quiet nights more often than you’d like, but overall he’s a solid pickup.

Speaking of up-and-down players, here’s Grant Williams. Like Murphy, he’s shooting the lights out this season: 61/50/80, so that’s not the issue. But the consistency hasn’t been there this season. After a couple of blah outings, he posted 13/4/4/1/1, and 19/10/4 over two  weekend games. That type of output won’t have him sitting on fantasy basketball waiver wires much longer if he can keep it up. 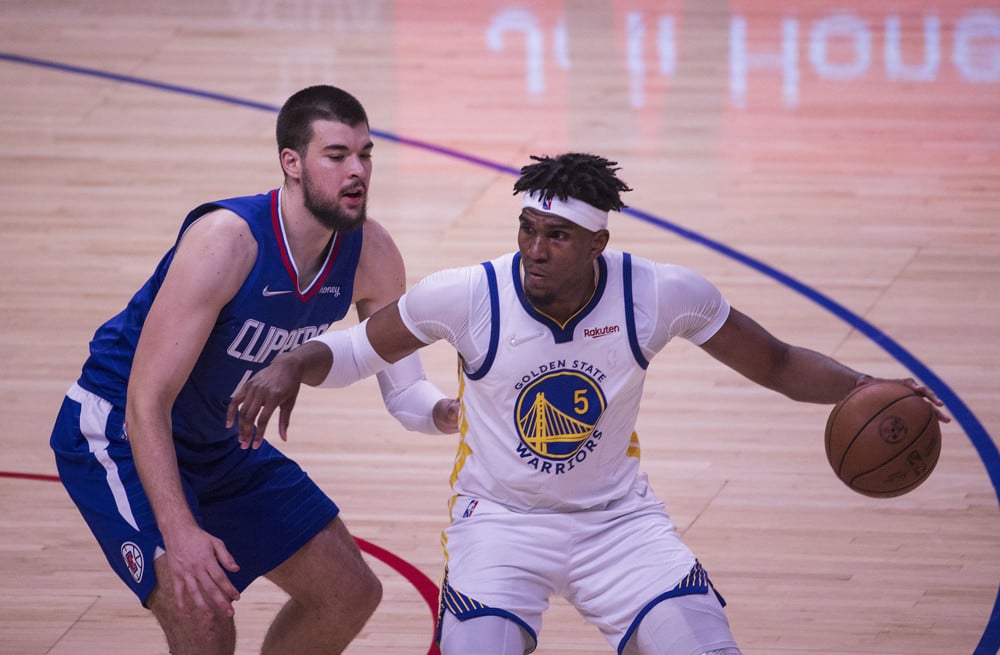 Kevon Looney keeps making his way onto this list for his solid and underrated play for the defending champions. Career-high scoring, career-high shooting, career-high assists, and second-best rebounding numbers show that in Year 8, Looney is still improving. More defensive numbers would be nice at the center position, but the rebounding is there, and the assists are a bonus. 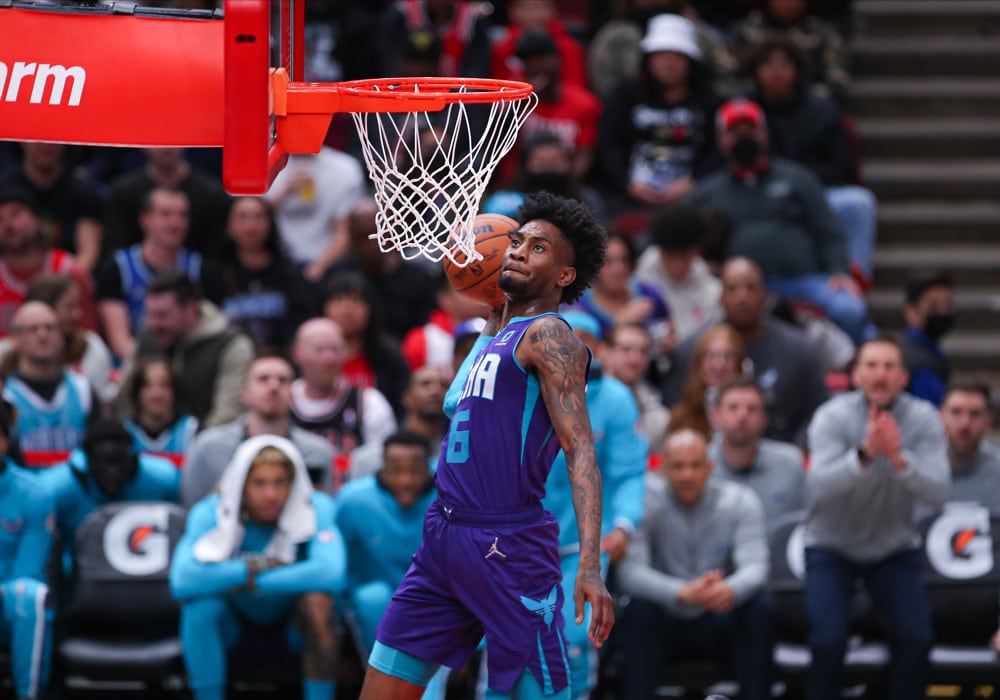 Jalen McDaniels is another guy having a career-best season in the early goings this year. Even on nights when the scoring isn’t there for him, he’s stuffing other parts of the stat sheet to help his real team – and potentially your fantasy team. Over the past week (four games), he averaged 10.3 ppg, 4.5 rpg, 2.5 apg, 1.0 spg, 0.5 bpg, and hit six three-pointers. And he’s still getting plenty of minutes for the Hornets, averaging over 26 a night.

Houston rookie Tari Eason makes a return appearance to our fantasy basketball waiver wire list on the back of another strong week for the Rockets. Once again, he’s a guy where the scoring isn’t always there, but he’ll help you in plenty of other categories. Last game he only scored five points, but he had three assists and three steals. The game before that, he posted 14 points, six boards, five assists, and five steals. He’s definitely a rookie to keep your eye on.

It doesn't get more NBA-ready than this. pic.twitter.com/HMX5qaduj7

This is surely a short time rental situation here, but we can’t overlook what Jevon Carter has done for the Bucks this season. Especially the past two games. Two games ago, he put up 36 points, four rebounds, 12 assists, and a steal, with five three-pointers. Last game, he dipped a tiny bit and “only” got 21 points, two boards, six assists, and a steal, with five threes. Ride it while you can.