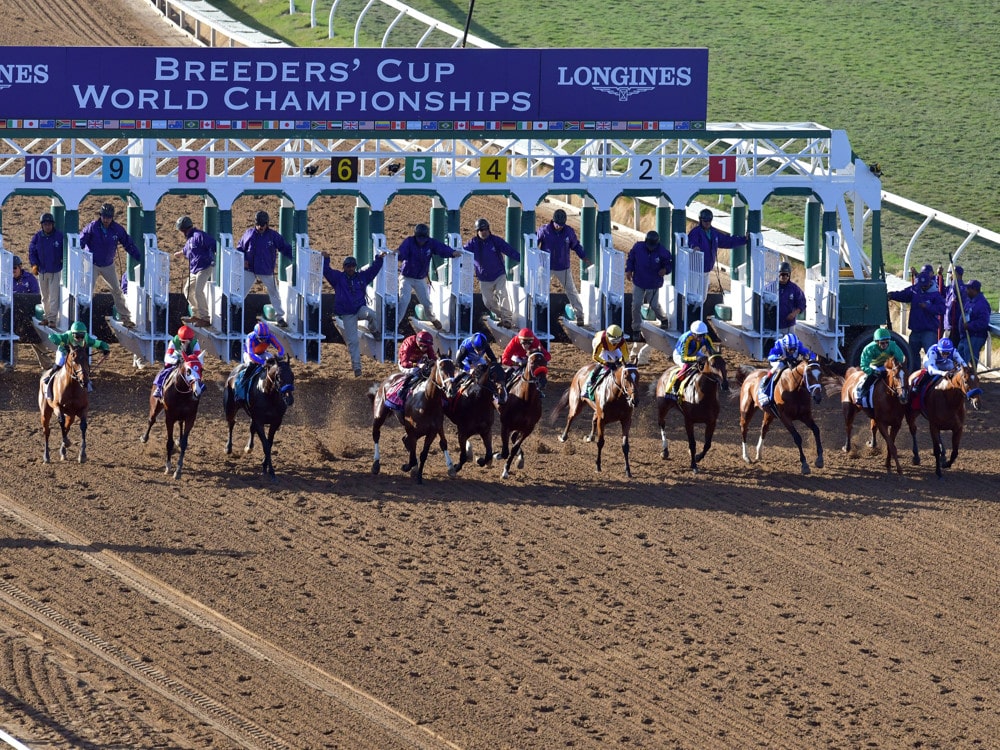 Keeneland in Lexington, Kentucky, hosts the Breeders’ Cup this weekend. The self-styled ‘World Championships’ of horse racing takes place on Friday and Saturday and is the focal point of the American equine calendar.

The best horses in the States will be tackled by an army of international challengers, a battle that always enthralls. The two-year-olds take center stage on Friday, before a full card of races for the older horses on Saturday. Here are my best bets across the two days.

The European Raiders are always hard to beat on the grass, and The Platinum Queen (+150) is a flying machine. Trained in Yorkshire by Richard Fahey, she’s shown great versatility in her seven races to date. The form of her Prix L’Abbaye win in France on going that didn’t suit her is the best on offer here. She’ll take a lot of beating.

Bob Baffert has the odds-on favorite here in Cave Rock, but I think there could be cut-throat speed up front, and the Todd Pletcher inmate Forte (+500) could be best placed to pick them off down the stretch.

Silver Knott (+175) represents powerhouse connections and the Charlie Appleby-trained two-year-old looks a good thing here. The horse has strong form claims after winning the Group 3 Solario Stakes at Sandown Park and is 3 for 5 so far this year. He’s a really strong traveler and I don’t think the oppo is up to snuff.

I like a couple here. Nashwa (+300) is the favorite and already has a classic under her belt, winning the French 1,000 Guineas at Chantilly. She was beaten last time by a 66/1 shot but that was in heavy conditions. She should fare better this time around. Tuesday (+900) represents the all-conquering Irish operation of Aidan O’Brien. She was another who got stuck in the mud in France but this will be much more up her street and at the price, I think she’s a great bet.

By process of elimination, I like Annapolis (+900) for Todd Pletcher. The two market leaders are European shippers, and I can pick holes in the chances of both Modern Games and Kinross. Annapolis has a progressive profile and can take advantage over an honest mile.

On paper, this very much looks like a match between Nest and Malathaat. Nest was runner-up in the Belmont Stakes and has since rattled off three straight impressive wins. However, the one I like is Society (+700) who is a real improver and has won five of her six starts.

One of the most interesting races of the meeting, and probably my best bet. Nations Pride (+450) has had three runs in the U.S. but crucially has not shipped back to Europe in the meantime. I don’t think the tight mile will suit the long-striding Rebels Romance. War Like Goddess would be a popular winner, however she always seems to find trouble. Nations Pride wins.

Flightline (-150) is an aeroplane. This horse has been so impressive that the others barely see which way he went.

I wouldn’t put you off taking that -150 price as a single, but if we’re looking for better payouts, let’s fill the exotics. Life is Good will go to the front and ultimately, I think that will be his undoing. Epicenter (+700) can capitalize and chase home Flightline, with Taiba (+1400) staying on further back for third.