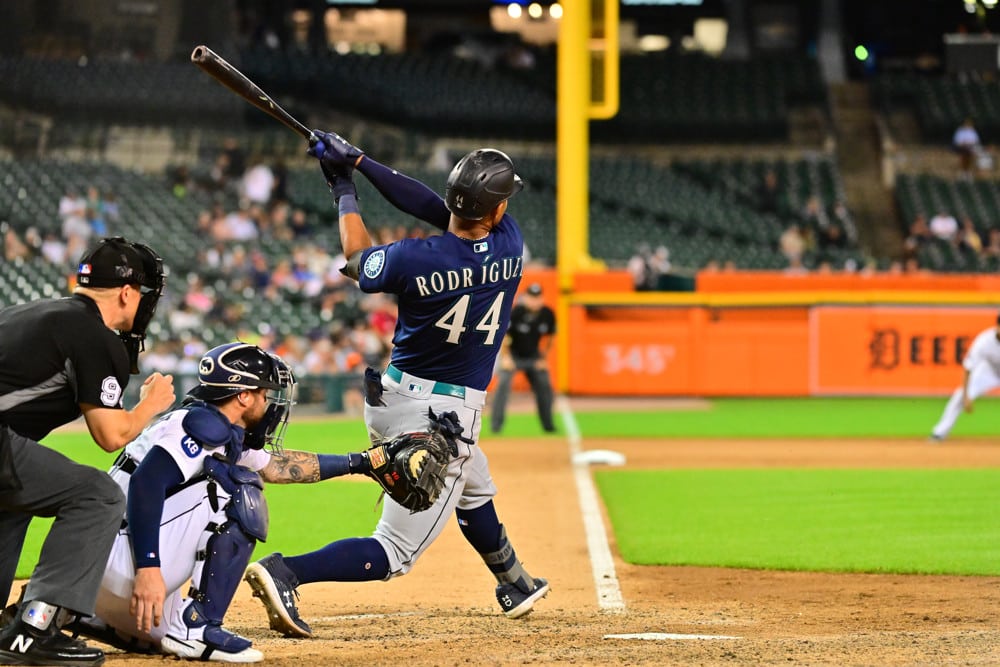 It was an electric Fantasy Baseball Season! One to remember with loads of new talent who broke out, and old talent who continued to shine. In this article, we’ll take a dive in and show some love and recognition to ten of those deserving athletes with the 2022 Fantasy Baseball Player Award Report! Full disclosure, only qualified players are being considered for these awards, meaning 162 IP for Starting Pitchers and 502 PA for Hitters. There isn’t an official number for Relievers to qualify, so let’s say 54 IP for an inning in one third of the season’s games. Happy World Series everyone and enjoy the report!

Ace of the Year

While Rodón finished the season with 20 less punchouts than New York’s very own Gerrit Cole, he also hurled 22.2 less innings. With that said, the 29 year old from Miami earns the crown for this player award. Rodón led all Starting Pitchers with a 33.4 K% and 12.0 K/9, and finished seventh in CSW% (15.5%), and eighth in SwStr% (32.0%). Let’s not forget either, he broke the San Francisco franchise record set by the Giants legend and 2-time Cy-Young winner Tim Lincecum, with 38 strikeouts across his first four starts.

Emmanuel Clase grabs his MLB-leading 34th save this season🔥🙌

The 27 year old speedster born in Santo Domingo of the Dominican Republic takes home this season’s player award as the steals leader among qualified batters. He did it in style with 35 swiped bags, and led qualified batters stealing in 6.6% of his plate appearances. The next closest qualified batter stole at a rate of 5.4%. However, I must break my rule and give a shoutout to Jon Berti. As many know, he was the unqualified 2022 leader in steals with 42! He dominated the category for all who owned him, as he snatched them in 10.1% of his 404 plate appearances! Great base running from the two.

The 2018 fifth rounder out of Oregon State gets rights to this player award after placing 468th in FantasyPros ADP list for 2022! King Kwan, a Rookie member of the young Cleveland squad at 25 years old, put up some numbers in 2022. First let’s touch upon his plate discipline, placing second in the league in both K% (9.4%) and SwStr% (3.5%). He posted the league’s 12th best AVG (.298), 13th best OBP (.373), and 21st best SB (19)! Fellow teammate Andrés Giménez (321 ADP) deserves a shout here too after posting near identical numbers in AVG, OBP, and SB. While he struck out more, the 23 year old from Venezuela also launched 17 biscuits.

Tyler Anderson, gave it his all for game 4 as well as all year . he didn’t miss a start and pitched the most innings on the team . he bet on himself took 1yr/ 8 mil . THANK U, I hope u stay pic.twitter.com/pM1cQ8EQbV

SGPN has more on the young stud here, by fellow writer Blake Meyer, but Strider posted a historic rookie season and deserves this Rookie Pitcher of the Year player award. He did not qualify, but no rookie pitcher did in 2022 for the record. We all know his strikeout stuff was immaculate. But the 24 year old from Columbus, Ohio did so much more. He would have posted the 11th best ERA (2.67), tenth WHIP (.995), fourth HC% (18.9%), and best AVG (.180). Also in just 22 starts, Strider finished with with 10 QS and 11 W!

Jrod should definitely be a Silver Slugger Winner. pic.twitter.com/79tJ4c3yOV