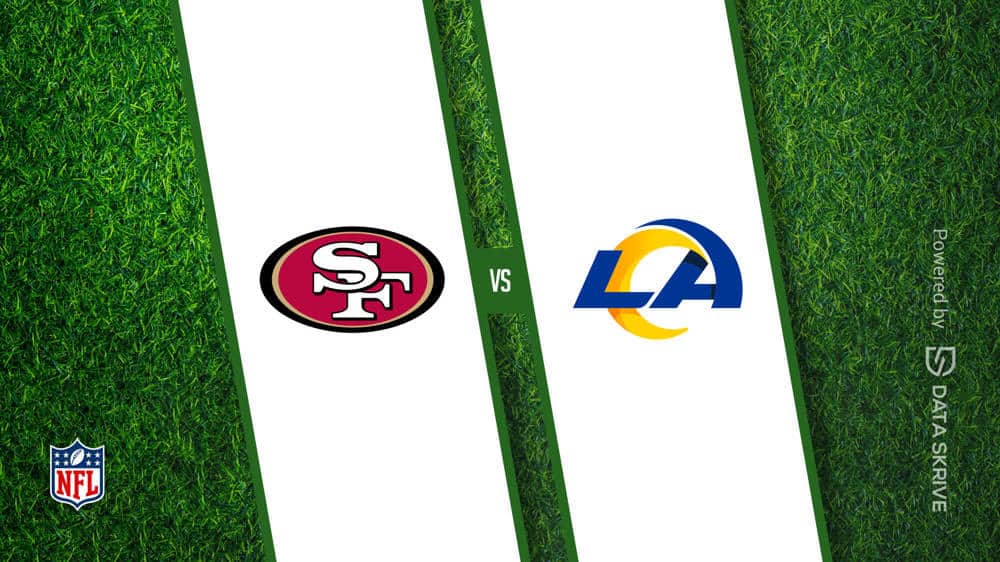 Oddsmakers project a tight contest when the San Francisco 49ers (3-4) visit the Los Angeles Rams (3-3) on Sunday, October 30, 2022 in a matchup between NFC West opponents at SoFi Stadium. San Francisco is favored by 1.5 points. The over/under is set at 43 points for the game.

Where To Watch 49ers vs. Rams