Is This The Season Where Cal Petersen Confirms His Value For The LA Kings? 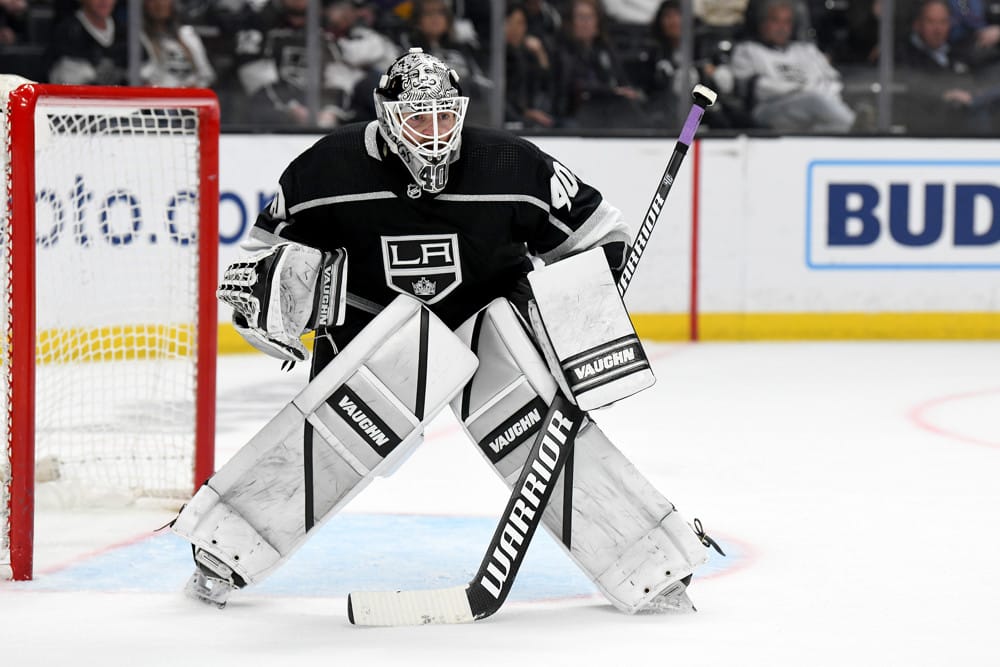 Goaltender Cal Petersen is entering his fourth year with the Los Angeles Kings. When they called him back in the 2019-20 season, he was expected to be the goalie of the future for the organization.

Still, with former All-Star and two-time Stanley Cup champion Jonathan Quick in goal, he has been unable to earn an undisputed starting spot.

One of Iowa’s best NHL players, Cal certainly has the pedigree of a first-rate goaltender. His father, Eric Petersen, played in goal for Division III Bethel University back in the day. Though relatively slight for a goaltender at 6″ 1 and 182 pounds, his positioning more than makes up for lack of size.

Indeed, scouts have noted that he appears far larger to shooters than he is due to his posture and excellent skating. The goaltender models himself after former Sabres star Ryan Miller, and the similarities are very apparent.

In 2013, Petersen stood in the draft and was picked 129th overall by the Buffalo Sabres. However, he chose to pass on the pros and attend Notre Dame instead. He had the ideal freshman year for the Fighting Irish, winning All-Rookie Team and First All-Star Team honors. In his last season at Notre Dame, Cal had a 2.22 goals-against average and was named captain.

His upside was clear. Scouts were divided over whether he would be an above-average player or a flat-out NHL no. 1 guy. But the Kings saw him as an integral part of their plans.

The LA Kings wanted him so badly that they commissioned famed comedian Will Ferrell to beg him to sign for the team. Hollywood stars aside, their storied tradition of developing top-notch goalies attracted Petersen to the team. Most notably, Rogie Vachon and, more recently, Jonathan Quick. Goaltending coach William Ranford was tasked with leveraging Petersen’s skills into a storied NHL career.

It was all going well for the goalie. Soon Cal was an AHL All-Star for the Ontario Reign. Petersen looked so calm and collected on the ice that a quick and successful promotion seemed a sure thing.

Not So Quick Cal

The young goaltender had a good start for the Kings, with a GAA of 2.64 in his few rookie-year starts. Petersen shared starting duties with Quick the following year, starting 35 games. But there has been little progress since. Meanwhile, the veteran has just been better.

Jonathan Quick is no spring chicken at 36 years old. But he seems to have discovered the fountain of youth in LA. In 2021-22 he had a strong 2.59 GAA, the lowest form Quick in the last five years. Meanwhile, Cal recorded a 2.89 GAA over the previous two seasons. So naturally, the veteran started more games than his hungry young rival, with 46 to Petersen’s 37.

So Who Will Start?

Going into the preseason, Quick has retained the coaching staff’s faith as the starter. It’s easy to see why. Petersen had a -11.8 Goals Saved Above Average last year, which placed him among the worst regularly playing goalies in the league. He was battered with 5 goals or more on no less than seven occasions, despite playing fewer games than Quick. Yet, by any objective criteria, the veteran is still a significantly better player.

Nonetheless, the Kings believe in Petersen and still see him as their future starter. Therefore, they will try to share the load between the two goalies once again. Of course, that means Cal will get his opportunities.

So, there is no reason to believe that the youngster will vault past Quick this year. Most likely, we will see only incremental improvement. My guess is that the Notre Dame product will have to await 2023-24 before coming into its own.