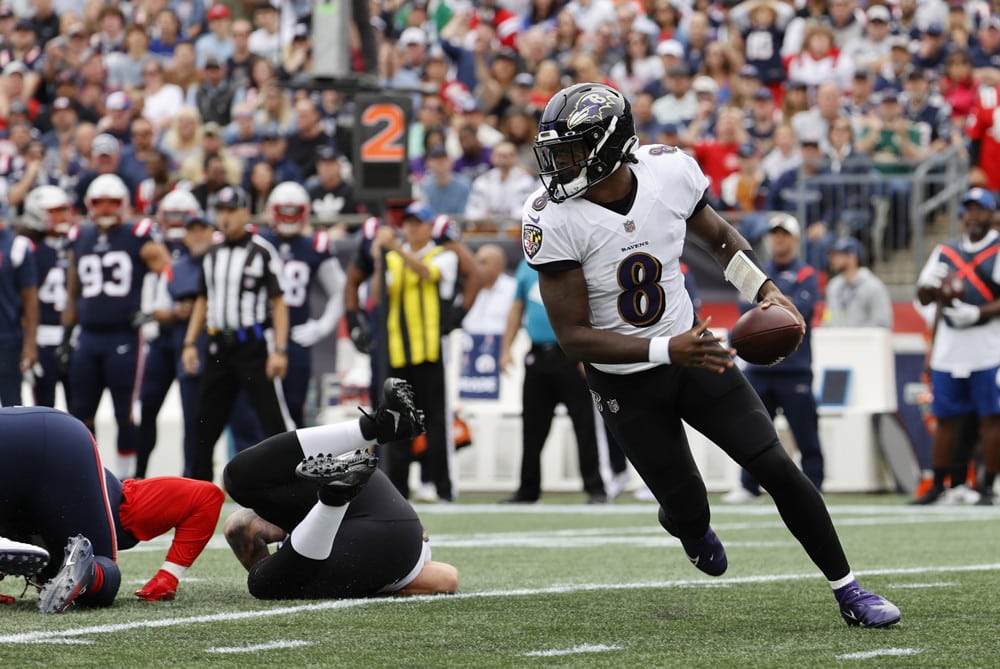 FOXBOROUGH, MA – SEPTEMBER 25: Baltimore Ravens quarterback Lamar Jackson (8) takes off during a game between the New England Patriots and the Baltimore Ravens on September 25, 2022, at Gillette Stadium in Foxborough, Massachusetts. (Photo by Fred Kfoury III/Icon Sportswire)

The Propcast drops its NFL Week 5 prop bets episode! Munaf Manji welcomes NFL Gambling Podcast co-host, Ryan McIntyre this week to discuss player props. The guys briefly discuss the Thursday Night Football game between the Colts and the Broncos. Next, the guys get into their player props for NFL Week 5. Munaf and Ryan give a couple of player props in the London game between the Giants and the Packers. Ryan also gives a few running backs to fade this week! As always, the guys wrap up the episode with best bets!