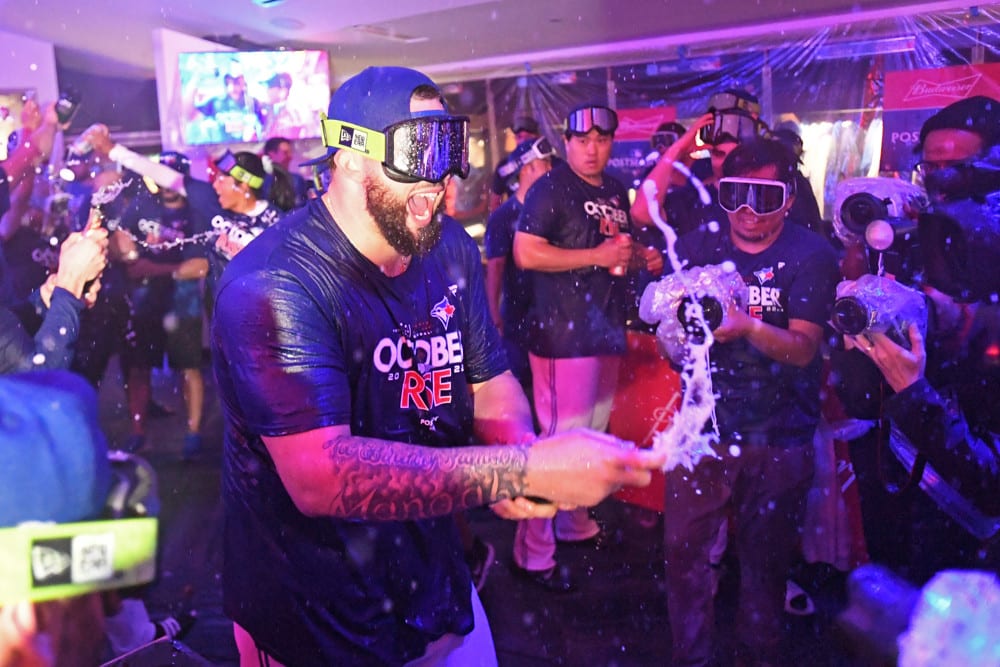 TORONTO, ON – SEPTEMBER 30: Toronto Blue Jays Pitcher Alek Manoah (6) celebrates making the playoffs in the clubhouse after the regular season MLB game between the Boston Red Sox and Toronto Blue Jays on September 30, 2022 at Rogers Centre in Toronto, ON. (Photo by Gerry Angus/Icon Sportswire)

The MLB Gambling Podcast gets its postseason betting preview started with the AL Wild Card series! The guys welcome a friend of the show, host of the Officially Unofficial Podcast, and superfan of the Toronto Blue Jays, Johnny Guinta. The episode gets a recap of the season series between the Tampa Bay Rays and Cleveland Guardians. Additionally, the guys give their picks for the series and game one picks. Later in the podcast, the guys discuss the Blue Jays hosting the Seattle Mariners. Johnny gives thoughts on his team for the season and their chances of making a World Series Title run! As usual, the guys give picks to end the episode!