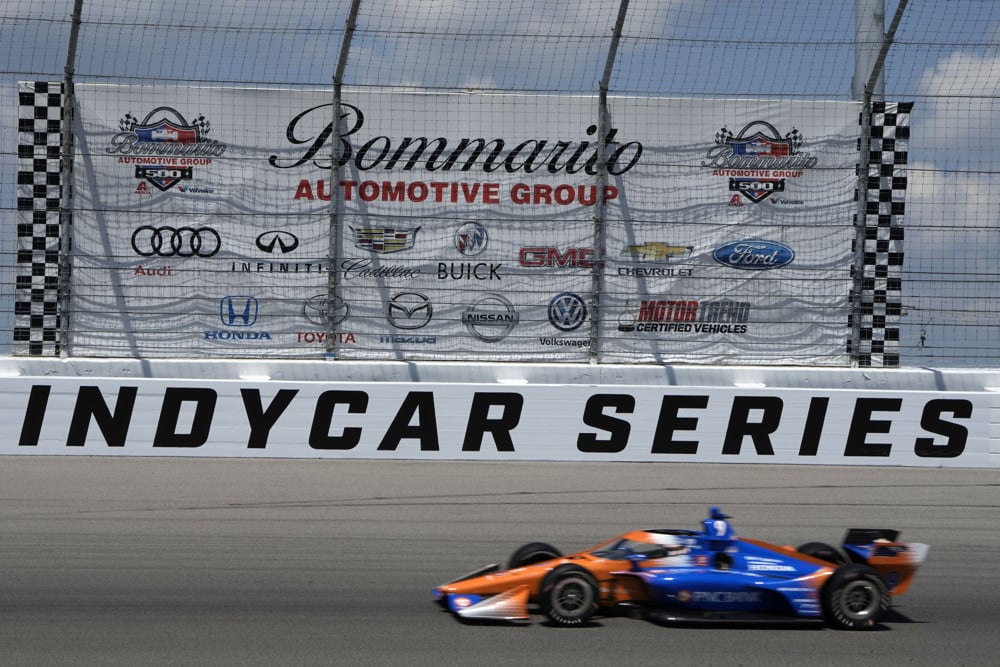 It’s championship week! This Sunday, we head to WeatherTech Raceway Laguna Seca for the Firestone Grand Prix of Monterey. The 11-turn 2.238-mile track will be the final test for the NTT IndyCar series as they crown their champion. Entering this race, 41-points separate the five drivers who have a chance to take home the title. Will Power has extended his points lead to 20-points entering this event. Josef Newgarden and Scott Dixon are tied for second place. Marcus Ericsson is 39-points back and Scott McLaughlin has a small chance at 41-points back.

Last week, drivers took on Portland International Raceway where Scott McLaughlin dominated. He led 104 of 110 laps on the day en route to his third victory of the season. Will Power scored the second-place finish to extend that points lead, and Scott Dixon rounded out the podium.

Herta has won the last two Firestone Grand Prix of Monterey races in both 2021 and 2019 (no race was run in 2020 due to the Covid Pandemic). Herta the rising star. At just 22 years old, he is waiting on a decision from the FIA on his super license. That license would allow him drive for Formula One next year. This may be Herta’s final IndyCar race for some time, and the young star would love to finish it off with another great run here. With two wins in a row and coming off a sixth-place finish at Portland, look for Herta to carry that into a top-3 this weekend.

Will Power went into Portland last week with just a 3-point lead. Power ran a clean race, brought it home second, and increased that lead to 20-points. The 41-year-old Australian is looking to lock in that second career championship. I don’t expect him to be overly aggressive, just run another clean race with a solid top-5 and bring home the big trophy everyone wants when the season begins.

Dixon is coming off a third-place finish at Portland, where he was also the top finishing Honda. Dixon struggled here in 2021 finishing 13th. However, in 2019’s event Dixon scored a podium finish coming home third. Herta should do well here, but at this +550, there is too much value here to pass on the six-time champion, who don’t forget is only 20-points out, and very much in contention for that seventh title.

Scott paid off for us last week and I can’t go against him this week. A dominating performance at Portland and coming off three straight podium finishes, four in the last five races. McLaughlin is on top of his game right now. While mathematically he has a chance to win the championship (-41 points back), it’s highly unlikely. If you can score the championship what better way than to end the season with a win?

Scott Dixon has a chance to become a seven-time IndyCar champion this year. He would've already gotten seven if he didn't run out of gas in the LAST turn of 2007 💔 pic.twitter.com/JeFXeuhPx9

The disrespect in this number. The six-time champ has a shot at the seventh title and is 12/1 to win this one. At 20-points back it’s going to take a full effort by this #9 Chip Ganassi team to get it done. Putting it in victory lane is his best shot, and at these odds, he’s too good to pass up. Don’t forget to bet him top Honda (+550) and get that double dip of great odds if he wins!

New episode! ⁦@rjvillagomez⁩ & ⁦@Husker_Zeeb⁩ break down the Dutch GP and place their bets for the Italian GP! #GamblingTwitter #Formula1 https://t.co/8fB5f2cbek