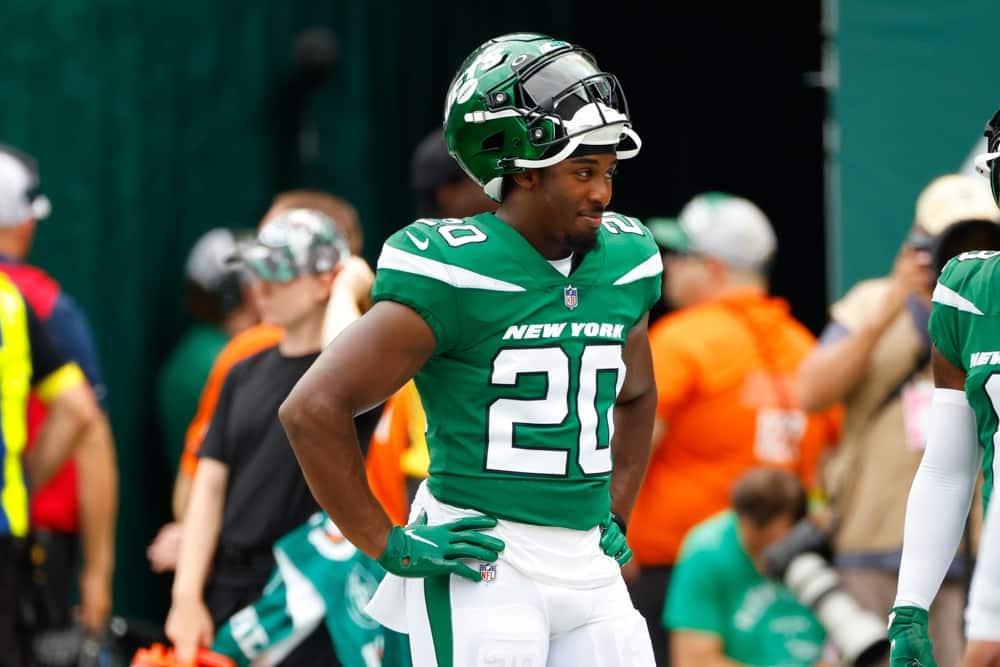 Sometimes it isn’t always the race for number one that is important (although it is). But for our fantasy draft, it matters because we all know that the fantasy draft is often won in the middle rounds and those players are often in the battle for the backup in their positions.

Now that the second preseason games are in the books, most of the rosters are taking shape. But there may still be battles for our fantasy hearts and minds. Going by positions, here are redraft battles that will affect our fantasy football fortunes.

Mason Rudolph is out of contention as the Steelers starting quarterback. Mike Tomlin and the coaching staff appear to be ready to start the season with Trubisky under center.

But are we drafting Trubisky or Pickett?

Can struggle to hit receivers on crossing routes

Arm strength to push deep outs without a problem

Elusiveness to escape and scramble for yards

Needs to take an incompletion instead of the sack

Who Do You Draft?

In this redraft position battle, who do you draft?

In the Steeler’s first six games, they play the following:

It was thought to be a foregone conclusion that Trubisky would be the starting quarterback for the Steelers in Week1. Now, however, with the play of Pickett in preseason games, things are a little bit muddled.

The redraft fantasy battle goes to Pickett. Trubisky could still get the starting nod, but the Steeler’s offensive line is not very good (they are bad), and four of their first six games are against the top half of the league in sacks.

Draft Pickett with an eye on the future.

The decision has been made; Mayfield will be the starting quarterback for the Carolina Panthers. This redraft position battle was anti-climactic. From the time the Panthers acquired Mayfield, it was assumed that the “quarterback battle” was a farce. The Panthers knew what they had in Darnold.

But Mayfield did not fare much better in Cleveland.

Sure, Mayfield probably played hurt for some of the seasons, but the inability to find a trading partner for him until late and desperate is disturbing.

Here is the thing you never want to count Mayfield out. His current ADP per fantasypros.com is #191 overall and QB24. He is sandwiched between Jameis Winston (QB23) and Carson Wentz (QB25), which feels right.

Darnold’s injury came after Mayfield was announced. For redraft, I would draft Mayfield just for game one. He is just stubborn enough to ball out against his former team, and you should be able to get him late enough that you have your starter for the rest of the season (unless it is Russell Wilson who you want to play game one too).

Smith may have a knee injury, and Lock is back after his battle with Covid. Both played in the first season game:

Lock did not play in the second preseason game (Covid, remember), but Smith did:

What we know is that the Seahawks want to be a running team. Last season with Russell Wilson, they were 20th in passing percentage per game (56.71%) and 32nd in passing attempts per game (29.1).

Smith got the nod, but seriously, in this battle, neither quarterback offers fantasy upside.

This is a battle bought on by regression. Logan Thomas has been taken off the PUP list but is still unlikely to play Week1. Cole Turner is recovering from a hamstring injury, and John Bates has a calf injury.

The tight-end pool for fantasy purposes is very shallow. If you are drafting a tight from this battle, your fantasy hopes at the tight end position are most likely doomed.

In the preseason, Conklin has been targeted four times with three receptions. Uzomah has one target and zero receptions. Conklin has also been the darling of training camp.

Uzomah is the better blocker of the two. Last season he was credited with one pressure on 41 pass-blocking snaps. That would give him a rate of 2.4%, which was the fifth best out of 49 qualified tight ends.

Conklin, on the other hand, is not known for his blocking prowess. He did play on 98 snaps that required him to pass block last season (the most of any tight end) and was on the field for 320 run-blocking snaps. But it is his ability to balance his blocking with his receiving skills. Last season he had a 15.6% target share while running 427 routes (7th best tight end in NFL). He finished with 87 targets, 61 receptions, 593 yards, and three touchdowns.

It looks like the Jets will utilize Uzomah as the blocking tight end and Conklin as the receiving tight end. This makes Conklin the winner for the redraft battle of tight ends.

This is becoming the most talked about position battle. Last season Gibson led the NFL running backs in fumbles with six. It didn’t help that on his second possession in the preseason, he once again fumbled the ball.

In their second preseason game, Robinson had eight carries for 31 yards. Gibson had two carries for three yards and three receptions for 37 yards. Gibson was also on the field to return for the opening kick-off.

It is apparent that Gibson is losing his footing as RB1 in Washington.

This position battle currently goes to Robinson. But with JD McKissic also in the running back room, expect a running back by committee approach.

Robinson’s injury is unfortunate. For anyone to suffer what he has is unfortunate. Gibson still can’t be trusted at his current ADP. It is a lot of draft capital for someone who led the league in drops last season.

Last season the Jets running backs had 22.4 rushing attempts per game and averaged 4.35 targets per game.

While it appears to be a running back by committee, Hall has shown in training camp that he is a three-down back. While Carter is listed first on the depth chart, fantasy pros have Hall’s current ADP RB20 and Carter RB38.

Carter is still listed as RB1 on the depth chart. Hall has more potential to be every down back. It’s Hall.

The question is, can you count on any of the Dolphins’ running backs in your redraft?

Mostert has not played preseason. Edmonds played in the second preseason game, collecting three touches for three yards. Both are seemingly solid starters. Michel and Gaskin have played, with Gaskin having eight touches in two games for 39 yards and Michel accounting for four touches for minus two yards.

For fantasy purposes, head coach Mike McDaniels comes from the FU fantasy school of running backs. He will play two or three on a revolving door basis. For redraft, it is best not to count on any as your RB2 until the muddy waters clear.