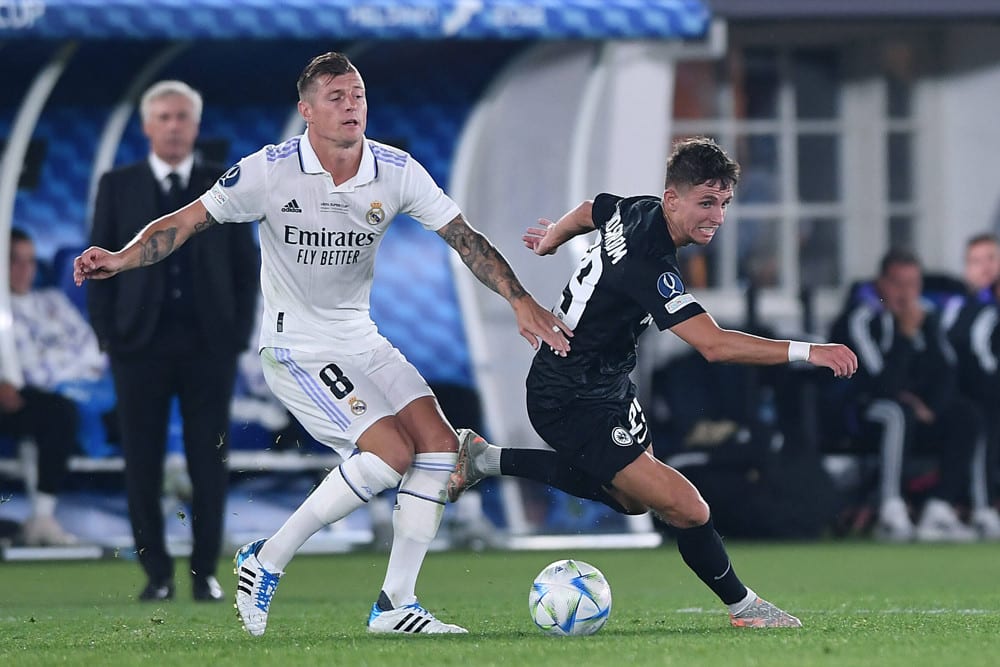 The worlds of football and casinos have become closer over the years and mix frequently though sponsorship deals. The casinos and sportsbooks are no longer just the destination for the fan, but a partner to clubs and leagues around the world.

It is essential for the casino to find the right player and club to sponsor in order to build it image. The marketing campaigns of each company will target finding the biggest audiences in the regions they operate, and how they build their reputation through partnership with respected clubs.

Casinos will not just focus on one nation. With gambling laws differing across different countries and leagues it is vital that each study and identify the best markets in which to operate.

The opportunity to grow through online gambling has given casinos the chance to operate in multiple markets and countries. Swedish nätcasino (online casino) sites have shown that investing and operating abroad is a viable option for online casino operators.

Some of the biggest clubs in the world receive sponsorship from casinos. The laws in which each team operates depending on its location will dictate how the sponsor is able to be used.

To be linked with global superstars like Vinicius Junior, Karim Benzema and Luca Modric, the company is able to tap into the football supporting public who provide a huge following globally for Real Madrid.

The two companies are able to reach each other’s markets, building both reputations in Asia and increasing their market shares.

A Chinese based company, they operate worldwide, with shares listed on the NASDAQ Global Select Market. It operates a number of different casinos in Macau and the Philippines as well as having a large online presence.

Once again, these two companies are able to share their targeted markets, with Manchester City gaining more of an imprint in the Asian market, while Melco can gain customers and markets through their link with a successful team that is filled with superstars like Erling Haaland, Kevin De Bruyne and Ederson.

The French club chasing European glory are another side with casino sponsorship. Kindred Groups Unibet brand is the official sponsor, paying around £5 million per season over the next three years.

Unibet has used its links with PSG to significantly expand its operations and presence in France which they see as a key growth market in Europe.

To be linked with PSG is to be linked with some of the most marketable players in the world. Neymar, Kylian Mbappe and Lionel Messi all represent for the French club and have huge global reach for any company sponsoring them or the club the play for.

On the pitch there has not been too much to celebrate for Everton. Struggling last season in the Premier League and surviving in the final two games when the threat of relegation seemed all too close.

Off the pitch, they have been able to increase their revenue with an agreement with Stake.com to become the main sponsors of the club.

Stake is a global casino and sports betting firm who also operate in crypto currency. The company’s logo will be placed on the front of the shirts and seen by the millions of people who tune in to watch the Premier League every week.

This lucrative deal is great news for Everton who will be able to invest the revenue coming in on their new stadium build as well as replacing key players like Richarlison who have left this transfer window.

For Stake.com they are able to enhance their presence in English football where they already sponsor Watford who play in the Championship.

Casinos and sportsbooks will know that the sponsorship deals they have with football clubs enables them to reach such a wide market of people who may be harder to reach through other avenues.

The fans of each team, and the leagues they play in, make up huge percentages of the population in every country. Being able to market themselves alongside clubs and players who the fans watch every week enables them become the first destination when a person is choosing their preferred casino.

It works well for the clubs as well, they are able to attract the users of the casinos to their club by lending their name to games and advertising campaigns. By doing this, clubs can access different markets which can be harder to reach, knowing that they can attract global attention and compete with the biggest clubs around for supporters and revenue year after year.