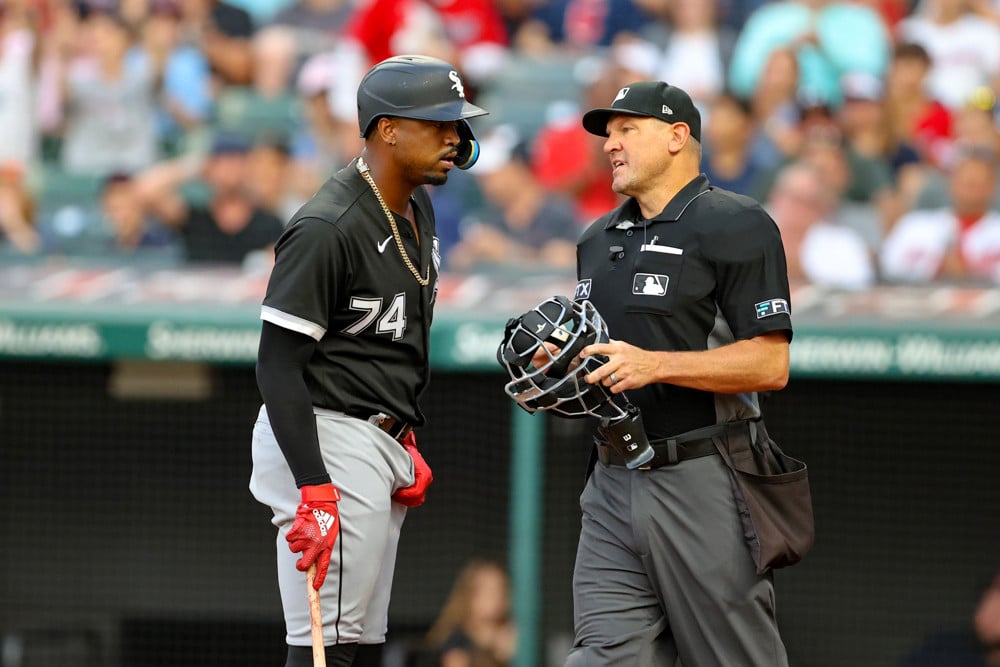 Covering baseball’s biggest overachievers has slowly become just as fun as the monthly underachievers have been. Like always, sample size plays a part in how lucky or unlucky a player has been. Sometimes, though, a player’s stats are just too ridiculous to overlook. Those are the guys we’re going to cover today.

While guys like Donovan Solano and Jeff McNeil are leading the league in BABIP for the month of August, Eloy isn’t far behind. At .452 currently, Jimenez’s BABIP points to him having arguably the luckiest month of his career. Especially when you break it down.

Jimenez’s batted ball profile for the month is a bit odd for him. As a predominantly fly ball hitter, Jimenez has actually lowered his fly ball rate (28.1%) and raised his ground ball rate (53.1%) for the month. Yes, ground balls and line drives certainly help boost a player’s BABIP. When you’re in the 20th percentile in sprint speed, though, ground balls should actually be a hindrance. Not only that, Jimenez’s 6.3% barrel rate is less than half of his current season number (14%).

For someone putting up elite hitting numbers this month, Jimenez fits the bill as a guy that’s one of baseball’s biggest overachievers. Expect his batting average to come back to earth sooner rather than later.

All-in-all, Garcia is having a fantastic 2022 season. The first player this season to 20 home runs and 20 steals. A career-best .258 batting average. While it has been an exciting season thus far, it hasn’t come without its overly lucky moments.

Take August for example. Through august 25th, Garcia has a BABIP of .403 while not seeing much positive change in terms of his batted ball profile. In fact, his profile for August looks worse. His 12.1% line drive rate is almost 10% below his season average. His 56.3% ground ball rate is 12% higher. He has been making better hard contact (56.3%) but his barrel rate is essentially the same and he hasn’t seen that hard contact result in positive power numbers. His two home runs and .413 slugging percentage for the month leave a lot to be desired.

Adolis is a speedy guy and seeing your line drives start to change to hard-hit grounders isn’t always the worst thing. But when you hit nearly 60% ground balls and have a BABIP over .400 it’s always a sure sign you’ve been one of baseball’s biggest overachievers. Expect him to regress back to the mean at some point, but enjoy the batting average boost while you can.

Much like Garcia, the BABIP in August just doesn’t seem to be something that’s sustainable for Arroyo. Through the 25th, Arroyo has a BABIP of .400 which is just shy of 100 points higher than his career average. While he does have a little oomph behind his bat (90 MPH average exit velo), he really doesn’t offer up much else in terms of batted ball profile that suggests this is sustainable.

Unlike Garcia, Arroyo has actually seen a slight bump in his line drive rate which is always good. He’s been an 18.7% line drive guy for his career but in August has seen that number jump to 22%. He’s also seen his hard hit rate jump from 33% to 39.4% this month. What he hasn’t seen a jump in, though, are things like barrel rate (7.6% in 2022, down to 4.5% in august). When it comes to a player’s BABIP, you can oftentimes see a correlation between a high barrel rate and a high BABIP. At least in these smaller sample sizes. Seeing a player’s BABIP spike while their barrel rate cuts in half isn’t…good.

As a player who’s pulling the ball less, and hitting more ground balls it’s hard to argue that Arroyo’s major jump in BABIP is something he can continue. He’s had a pretty excellent season thus far by his standards, but he’s still been one of baseball’s biggest overachievers this month.

I swear I’m not picking on the Red Sox, but when it comes to a list of baseball’s biggest overachievers for the month it’s hard to leave Verdugo off of it. The doubles-hitting savant has had an exceptional season, but everything he’s doing in the month of August just doesn’t seem to add up.

What he lacks in home run power (seven on the year) he makes up for in doubles. Verdugo’s 32 this season is good for 15th in baseball. His .397 August BABIP, on the other hand, is good for the 12th best. That’s saying a lot for a guy who’s at just .319 for his career. The interesting part is that much of Verdugo’s high BABIP has come…out of nowhere. His line drive rate has increased from 20.5% to 23.4% which is nice, but his fly ball rate has seen a fairly large increase as well. That rose from 33.7% to 42.2%. Normally you could write this off if he had a big power surge for the month, but with just one home run that flyball increase should have actually had a negative impact.

For the month, Verdugo has shown the rare ability to upgrade to a home run hitter’s swing without actually hitting home runs. While this may one day lead to Verdugo becoming a 25 home run guy, it certainly won’t lead to him having an almost .400 BABIP consistently. Whatever he has going on this month is good, but to say he’s anything other than one of baseball’s biggest overachievers of the month is crazy.