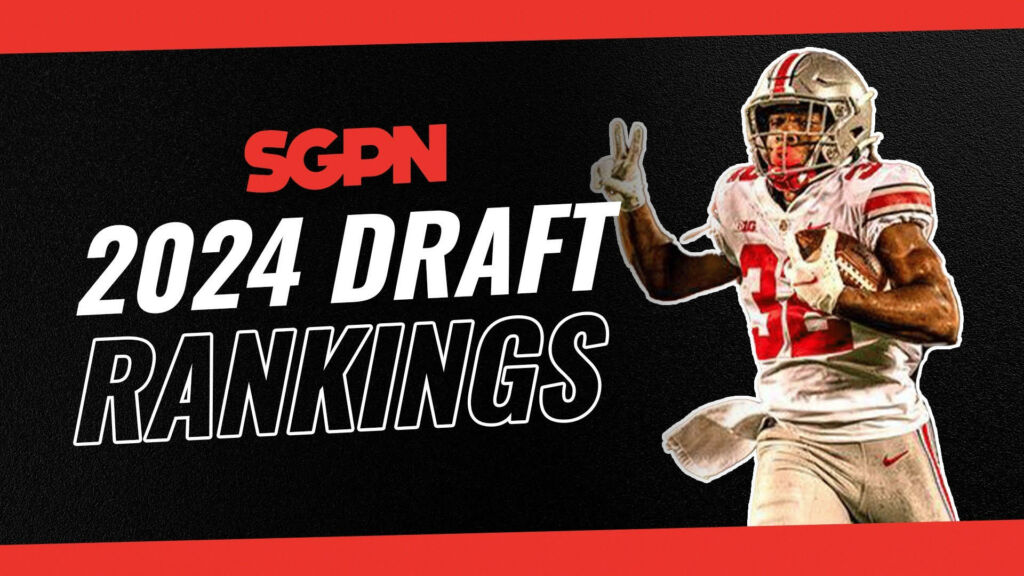 There is also some serious depth in the 2024 class, and if you are rebuilding, please do not turn away these picks. Of course, you would prefer the 2023 picks, but the 2024 picks have some value. People are also much more likely to part with them; go take advantage. Let’s take a quick look at the class.

Caleb Williams is at the top of the class for me. As a freshman, he took Spencer Rattler’s job. When Lincoln Riley left for USC, he followed, and so did Jordan Addison. Williams has all of the tools that you are looking for, and I love the situation. Williams had the highest red zone passing grade in 2021, according to PFF College (92.2). Riley’s offense is very quarterback friendly and has produced Heisman trophy winners.

Baker Mayfield and Kyler Murray both were 1 st round picks coming out of this offense. They both were also #1 draft picks. Williams should be set up for success at USC and will very likely be the top QB in 2024. Here is the rest of my top 5 quarterbacks.

TreVeyon Henderson is my top running back, and it isn’t particularly close. Henderson is another freshman that burst onto the scene. He could have easily been one of the running backs in the 2021 class. Henderson broke the school’s single-game rushing record as a freshman with 270 yards. Henderson is 5’10” and 210 lbs currently; expect him to add a few lbs as he prepares for the NFL.

He averaged 6.8 yards a carry and 11.6 yards a reception. His ability as a receiving back separates him from the class and could make him an elite fantasy option.  Here are the rest of my top 5 running backs.

Emeka Egbuka is my top WR as of now. Yes, another year and another Ohio State Wide Receiver on the top of the board. I also have Marvin Harrison Jr. in my top 5 as those two will both be competing for this top spot. I like Egbuka’s ideal size at 6’1” and 203 lbs. Egbuka was the #1 WR in his class with a 5-star 99 rating.

He has ideal size, sticky hands, and is a really physical wide receiver. Emeka is definitely a name you will remember at the end of this
season.  Here are the rest of my top 5 wide receivers.

Brock Bowers is my number 1 tight end due to his pass-catching prowess. Georgia has a conservative offense that is run-heavy, so you will not see gaudy numbers. Bowers is Jeff Bell’s #3 Tight End currently and the top guy in the 2024 class as well.

Matt Miller is already talking about Bowers in a mention with Braelon Allen as two guys on his watch list. Bowers’ athleticism stands out amongst his peers and will help his game translate to the NFL.  Here is the rest of my top tight ends.