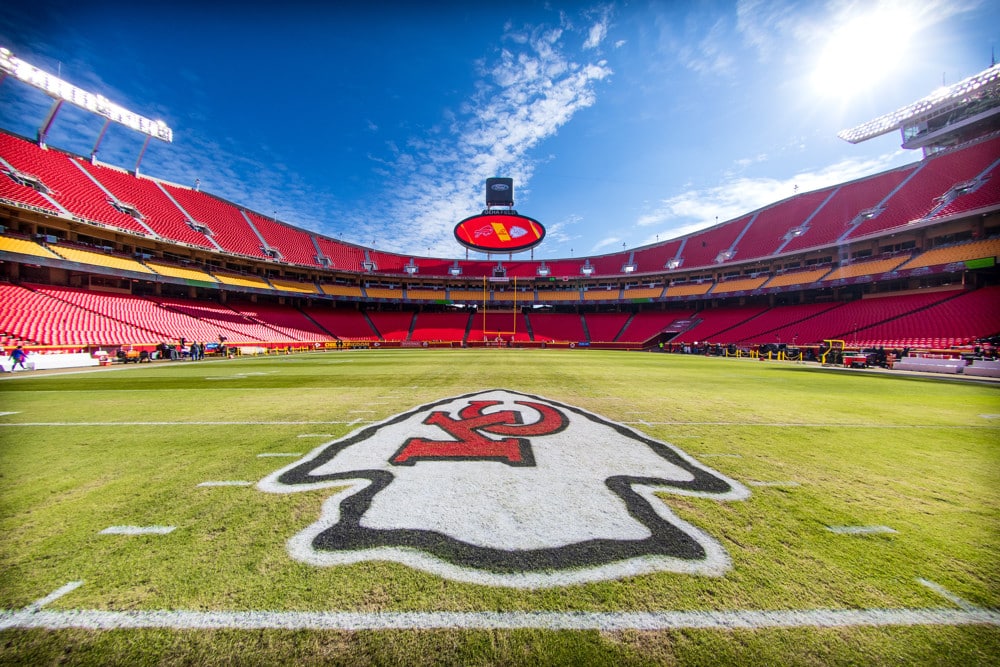 The Pro Football Hall of Fame game between the Las Vegas Raiders and Jacksonville Jaguars kicked off the preseason in style. The Raiders dismantled the Jaguars 27-11 and marked a perfect start to life in Sin City for new Raiders head coach Josh McDaniels.

The 2022 regular season is just over a month away, and we can’t be more excited about all the action waiting to be unleashed. As September 8 draws nearer, football fans all over the country are beginning to have a clearer glimpse of what to expect in the coming season. Bettors can also start getting ready for what promises to be a season full of drama, surprises, and a high-level display of football.

The Super Bowl futures market has been looking pretty interesting for the Bills, Buccs, and Chiefs, who are, as of this writing, the only three teams in triple digits. But the Rams, Packers, and Chargers are not so far behind.

This week, the biggest downward movement came in the wake of Deshaun Watson’s suspension. The Cleveland Browns’ odds had initially improved from +3000 to +1800 after trading Watson from the Houston Texans. However, the Browns dropped back to +3000 after the news broke that Watson would miss six regular season games.

The Buffalo Bills have once again strengthened their grip at the top of the Super Bowl odds ranking after pushing from +750 to +650 at FanDuel. Buffalo currently holds the most tickets of any team.

As expected, news of Tom Brady’s un-retirement has pushed the Tampa Bay Buccaneers back to early season favorites. The Buccs currently sit at +750 on FanDuel after they had initially dropped to +2200 when Brady announced his retirement.

Up next are the Kansas City Chiefs, who are currently sitting at +950 on FanDuel after initially starting the offseason as +750 favorites (tied with the Bills). The market appears to have reacted negatively to the Chiefs’ offseason, especially Tyreek Hill’s trade to the Miami Dolphins. On the other hand, the Broncos, Chargers, and Raiders all made significant improvements to their roster, which also contributed to the Chiefs’ drop in probability.

The Los Angeles Chargers could be giving the favorites a run for their money following a busy offseason, and the NFL betting market agrees with this. It appears to be a tough schedule for LA, but the franchise can count on superstar Justin Hubert and other key pieces like new signees Khalil Mack, J. C. Jackson, and Mike Williams, who signed a new three-year deal worth $60 million.

The Denver Broncos have finally landed a superstar quarterback in Russell Wilson. It comes as a huge boost to the franchise, which has been linked to several quarterbacks over the years, including Green Bay Packers’ Aaron Rodgers. Of course, the Broncos saw their Super Bowl odds improve from +2500 to +1600. As of this writing, the Broncos are at +1700 to win the Super Bowl.

Unfortunately, Denver’s rise in the rankings was at the expense of Wilson’s former team, the Seattle Seahawks. The Seahawks were always among the Super Bowl favorites since Wilson got drafted in 2012, but his trade led to a massive drop from +3500 to +15000.

The Seahawks aren’t the only team to take a hit due to offseason moves. A.J Brown’s trade from Tennessee to the Philadelphia Eagles led to a probability drop from +2200 to +2800 for the Titans. FanDuel lists their current Super Bowl odds at +3000.

Here’s a timeline of some of the biggest drops and improvements during the offseason:

Although the Los Angeles Rams had just lifted the highly coveted Lombardi trophy, it wasn’t too early for the betting market to start making its predictions for the next Super Bowl. The Chiefs and Bills were listed as joint favorites to win Super Bowl LVII at +750 odds.

It signaled that the market favored an AFC team to win the Super Bowl. The newly crowned champions were the highest listed NFC team with +1100 odds, while the Packers and 49ers were both listed at +1600.

Probably the biggest news of the offseason: Tom Brady makes a U-turn on his initial retirement announcement. This news changed how oddsmakers viewed the Buccs going into 2023. Tampa Bay surged +2500 odds to +750 in a conference that was already concluded to be weak.

The Chiefs, on the other hand, saw their odds plummet to +900 after Tyreek Hill’s trade, while the Bills improved to +650. The defending champions remained stable at +1100 odds. Despite Devante Adams’ trade to the Raiders, the Packers improved by -500 to tie with the Rams.

San Francisco also made a jump to +1400, while the Los Angeles Chargers, Dallas Cowboys, and Denver Broncos all made upward movements to +1600 odds.

The Cowboys (+) and Browns (-) were tied at +1800 Super Bowl odds. Surprisingly, AFC winners Cincinnati Bengals and the Baltimore Ravens were both listed at +2800.

There weren’t many shakeups on the Super Bowl odds ladder in the summer. The Carolina Panthers didn’t improve much despite trading for Baker Mayfield.

However, the Chargers continued to gain more momentum on the FanDuel board and were the second-most bet team in July. Things started to look shaky for the Browns as talks of a potential suspension for new signee Deshaun Watson began to circulate. Four women are accusing Watson of sexually assaulting them during massage sessions.

The news came as a big blow to the Browns, who acquired Watson from the Texans for a record five-year deal worth a fully guaranteed $230 million, the largest of its kind in league history.

Watson was handed a six-game ban by federal judge Sue Robinson on the first day of the month. The news wasn’t well received by the market as the Browns dropped to +3000 from their initial +1800 high after Watson’s deal was announced.

Cleveland has moved up to +2400 on FanDuel since the sharp drop. However, things could get pretty ugly if the NFL’s appeal of the judge’s decision is successful. The league is pushing to ban Watson for the whole of the 2022/23 season.

Here’s a roundup of the current top five favorites to win the Super Bowl, according to the FanDuel Sportsbook:

The Bills were the favorites to win Super Bowl LVII. They were ranked the best defense and had the highest point differential during the regular season. But the Chiefs proved to be the Bills’ kryptonite, eliminating them for the second year in a row.

Many agree that the Bills deserved to advance to the AFC finals. Some bettors even believe they had what it took to beat the Bengals in the AFC finals and the Rams at the Super Bowl had they gone past the Chiefs.

Once again, the Bills are heavily favored to lift the Lombardi trophy as superstar quarterback Josh Allen seeks to win his first championship. The Bills can count on the experience of new signee Von Miller who is a two-time Super Bowl winner and Super Bowl 50 MVP. Miller agreed to a six-year contract after a successful one-year stint with the LA Rams.

The Buccs should be thanking the heavens that Tom Brady changed his mind after previously announcing his retirement. The NFC is the weaker conference, and the Buccs’ only significant competition appears to be the Rams. Barring any injuries or unwarranted suspensions, the Buccs are surely going to go all the way.

Patrick Mahomes and the Chiefs surprisingly fell apart against the Bengals, but they are right back on top of things as one of the early-season favorites. The Chiefs may be made to rue the absence of Tyreek Hill, who signed with the Dolphins during the offseason. But you can’t write a team that boasts Mahomes and Travis Kelce off.

The Rams acquired Bobby Wagner after he was released by the Seahawks and Allen Robinson from the Chicago Bears. Although the defending champions lost Von Miller to the Bills during the offseason, they should be just fine.

Aaron Rodgers will hope to finally put his playoff woes to bed, but this time, he must do it without superstar receiver Davante Adams. The four-time league MVP will be looking to lead the City of Green Bay, Wisconsin, to its first title since 2008, and the oddsmakers have them sitting at No. 5.