Bold Predictions For The 2022 Fantasy Baseball Second Half 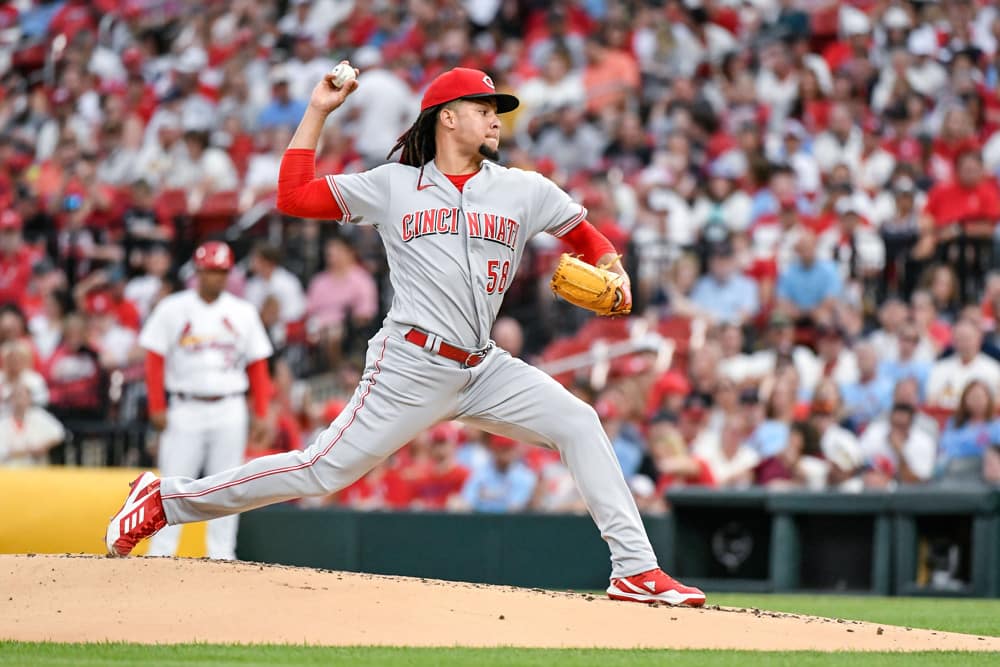 After an incredibly exciting first half, the “second half” of the baseball season is underway. Often times people like to do their best in predicting who they think will break out in the second half. This isn’t that article. While much of what this article entails will be stat based, we’re going for predictions of the bold variety. Not so bold that you’ll have yourself thinking “This is the dumbest article I’ve ever read…there’s no way someone like Jeff McNeil ends the year with 50 home runs”. We’re going for bold with a realistic twist.

1. CJ Cron Ends The Season Ranked Outside The Top 10 At First Base

Through the first 90 games of the 2022 season, Cron has been an absolute savage at the plate. His .296 average, 22 home runs and 70 RBI have him tied with Pete Alonso for sixth at the first base position in category leagues. But there’s a slight problem. That problem…is Coors Field.

The field itself hasn’t been a problem for Cron, as he’s hitting a robust .352 there this season, it’s being AWAY from Coors that has been the problem. On the road, Cron is hitting just .229 with five home runs and 16 RBI. With that said, on the road is where the Rockies will be spending the majority of their second half. After playing just 40 games on the road in the first half, the Rockies road heavy second half of the season doesn’t look to be too kind to Cron moving forward.

If you roster Cron currently, take advantage of his home heavy first half. Try moving him for someone with a higher upside in the second half.

To say this has been a breakout season for Walker would be an understatement. Through 92 games this year, Walker has the ninth most home runs with 22. Just seven shy of his career high. Much of that improvement has come from his much improved bat-to-ball contact.

Why hit one home run, when you can hit two?

As it sits, Walker’s currently in the 91st percentile in barrel rate, 92nd in xwOBA, 94th in xSLG and 90th in chase rate. Not only is he making solid contact he’s also seeing the ball incredibly well. The hangup comes from the news that the Dbacks are interested in moving their slugger by the trade deadline. Depending on where he would end up, there are few ballparks as suitable for mashing home runs as Chase Field. If Walker were to go somewhere like Yankees stadium, of course his power is still going to translate, but the chances of the Yankees being in need of a new first baseman are all but zero.

If Walker stays in Arizona, I don’t see a reality where he doesn’t end up hitting 40-45 dingers. It all depends on his landing spot. With the high likelihood that he ends up in a much much less forgiving stadium moving forward, betting on him not hitting 40 seems like one of the safer bold predictions to me.

3. Luis Castillo Is A Top-30 SP The Second Half Of The Season

Let’s face it, the Reds ace is pretty damn good. Despite the fact that he’s been plagued by some fairly inconsistent seasons in the past, Castillo is showing that this season is shaping up to be dominant once again. His 2.77 ERA and 9.46 K/9 are impressive, especially for someone pitching their home games in the very hitter-friendly Great American Ballpark.

Luis Castillo ends his night with a K and loves it!! pic.twitter.com/f6M3nweSEh

Much like Christian Walker, much of what makes this one of the bold predictions is the trade rumors surrounding Castillo. Overall his numbers for the season are dominant but it’s his numbers away from Cincinnati that are most intriguing. Through 43 IP away from Great American Park, Castillo has an excellent 2.09 ERA, 45 strikeouts, .188 batting average against, and 2.74 FIP.

If Castillo were to be moved to a contender, his value should and will shoot through the roof. He has the pitch arsenal and effectiveness to be dominant anywhere. Well, as long as he limits the use of that sinker. This is the second year in a row people are hitting over .300 off of it. The .138 batting average against on his fastball through 421 uses makes up for the sinker’s shortcomings, though. Castillo is on a hot streak currently so his fantasy value will be fairly high, but this production seems to be what you can expect going forward.

Michael Harris II is proving to be one of the players where his minor league ability has transferred over to the major leagues exceptionally well. His .289 average, speed, and power have all been equally as good, or better, since joining the Braves. Somehow, the Braves seem to have a knack for finding guys with exceptional speed and power who play excellent defense. The fact that they have a roster with Acuna, Harris, and Albies on it is pretty damn impressive.

Harris’s 10.4% barrel rate, 89.7% average exit velo, and 34.8% sweet spot rate are all well above league average. His 5.1 degree launch angle will hinder his power numbers a bit, but he does have the bat-to-ball ability to still flash 20+ home run power. His speed isn’t lacking either, currently sitting in the 91st percentile in all of baseball.

As a whole, the future star that is Michael Harris II is still somewhat of an unknown. Coming into the 2022 season he had played just 154 minor league games across two seasons. In those 154 games, though, Harris hit .299 with 34 doubles, seven triples, nine home runs, and stole 35 bases. Harris is an extra base machine that is going to put the league on even more notice in the last half of the year. As far as bold predictions go, this is probably my favorite to actually happen.