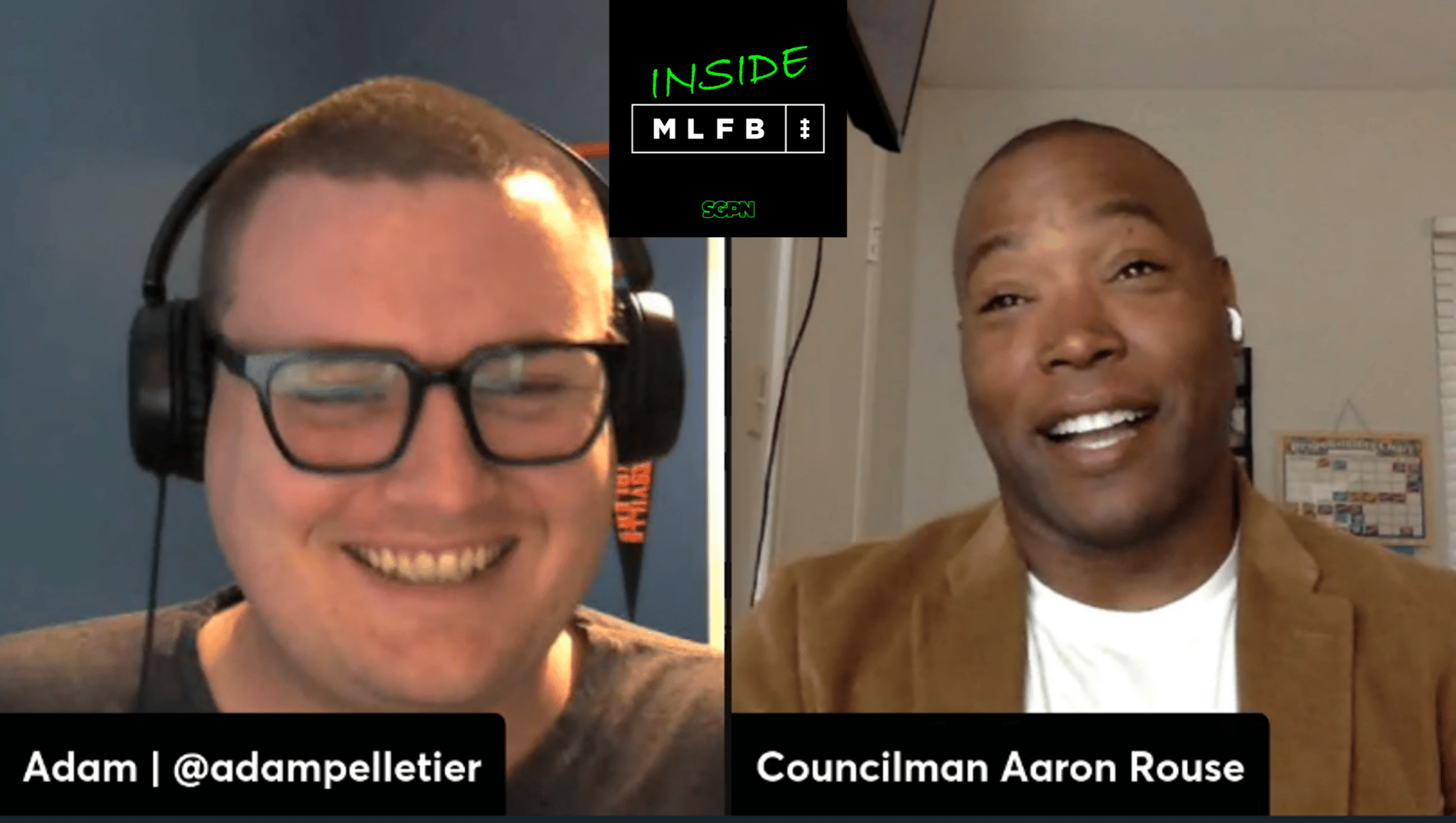 Virginia Beach City Councilman Aaron Rouse (@AaronRouseVaBeach) joins Adam Pelletier (@adampelletier) as they talk all things Major League Football (@MLFBofficial). Councilman Rouse had a storied career for the Virginia Tech Hokies. He was later a third-round draft pick by the Green Bay Packers. Later in his career, he returned to play professional football in his hometown for the Virginia Destroyers of the UFL. He talks about what it means for Virginia Beach to be back on the professional sports map and how MLFB can benefit Virginia Beach. Later on he talks about what he would teach the young men of MLFB on and off the field, and he makes a bold promise if the Virginia Armada wins the MLFB Championship Game.

Aaron Rouse spent time all across the NFL and was MVP of the 2011 UFL Championship Game. His time with the Virginia Destroyers is remembered by football fans as they watched him record three interceptions in that game. Since leaving football, Rouse has been elected as a City Councilman in Virginia Beach. He speaks fondly of his time in the NFL, UFL, and Virginia Tech. They were experiences that shaped him and helped him achieve all he has. The Virginia Armada and MLFB kick off with a home game on August 9, 2022 at the Virginia Beach Sportsplex.