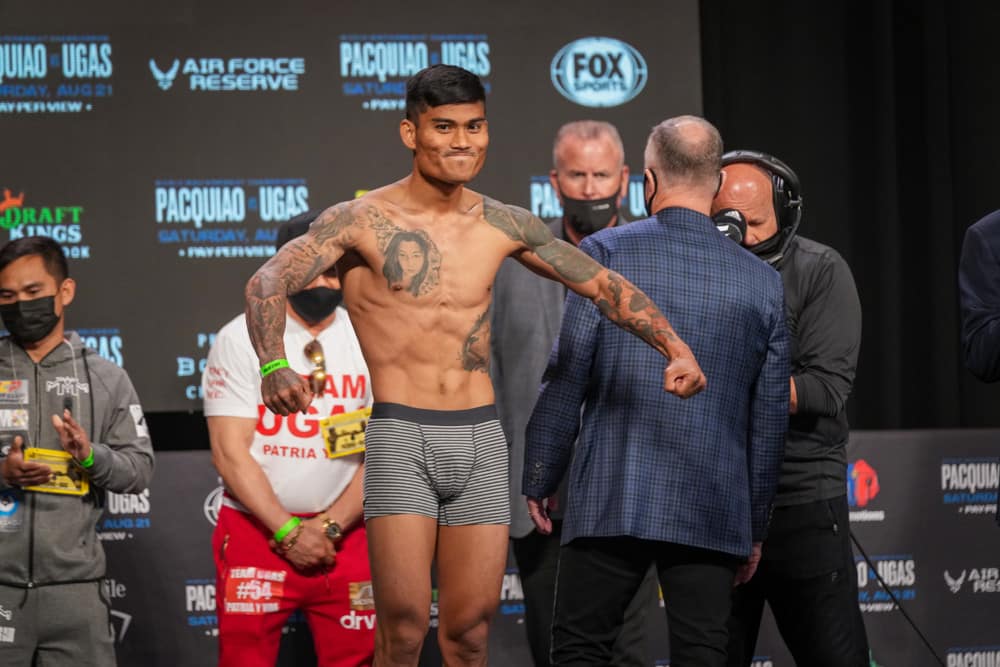 This Saturday night, DAZN and Showtime are showcasing some intriguing boxing cards. On DAZN two well-known heavyweights, Derek Chisora and Kubrat Pulev will match up in a rematch, and on Showtime, Mark Magsayo looks to follow up a surprising victory over Gary Russell Jr. with what he hopes to be an impressive win against Rey Vargas. Can Chisora do anything different to defeat Pulev in the rematch? Does Magsayo prove that his first big title fight win wasn’t a flash in the pan? Boxing betting odds on these fights, with picks and bets from the Sports Gambling Podcast Network coming up, DING DING.

After breaking his leg in training, former 122 lb World Champion Rey Vargas gets a new title fight opportunity in a new weight class. Vargas has a perfect record and says he deserves the shot at the title against Mark Magsayo. There are still questions fluttering around Magsayo’s title fight against Gary Russell Jr. Was a majority decision really that impressive against Russell who had an injured shoulder? Vargas doesn’t think so and he’s the one coming in with the longer reach and four-inch height advantage. Nevertheless, it was a brilliant performance by Magsayo, who is in his prime, in a match that could’ve maybe been ruled a wider margin of victory.

Magsayo pressured Russell Jr. early and often to get the decisive win. The Filipino didn’t allow the swift counter-puncher to get comfortable with short and powerful shots round after round. Magsayo will need to emulate that formula in order to beat the taller Vargas. The 31-year-old Vargas is making his second appearance at 126. Normally at 122, Vargas is the bigger man coming into his fights. For once though, Magsayo is bigger and stronger than him. This poses an issue for Vargas if his loopy body shots don’t fully connect to the sturdy build of Magsayo.

Both fighters like to fight at close distance and in my opinion, this favors Magsayo. Up close is exactly where the smaller man wants to be against a fighter with size and reach. Expect a dogfight and it to go Over 10.5 rounds (-375) and I think Magsayo emerges victorious by decision (+175). With a victory, the asterisk placed upon him after his Russell Jr. victory would disappear and he will prove to himself and to his haters that he is a true World Champion.

Boxing’s heavyweight division has been put on pause as Tyson Fury “swears” that he’s in retirement and we’re waiting for the Oleksandr Usyk-Anthony Joshua rematch. Meanwhile, we get a fun rematch between two guys nearing the end of their careers. 41-year-old Kubrat Pulev is the better boxer in the matchup and displayed it in the first matchup vs Derek Chisora. The UK native Chisora brings the “war” though, as he packs a punch and could put Pulev on the canvas at any point during the bout.

Lately, Chisora has fought the better competition, but at what cost? Since the Pulev loss Chisora has faced Dillian Whyte twice, Usyk once, and Joseph Parker twice, and has lost all five fights. In fact, he’s lost his last three matches coming into July 9th. After over a year away from boxing Pulev, and fans thinking he retired, Pulev returned to a win in a fight on Triller.

I expect Pulev to keep his distance and use his great jab effectively in this fight. I don’t think Pulev has the determination and the power to stop Chisora. Therefore, the picks for me are Pulev to win the fight (-260) by decision (+125), therefore cashing the Over 10.5 rounds (-185).

THE BET: Kubrat Pulev by Decision +125