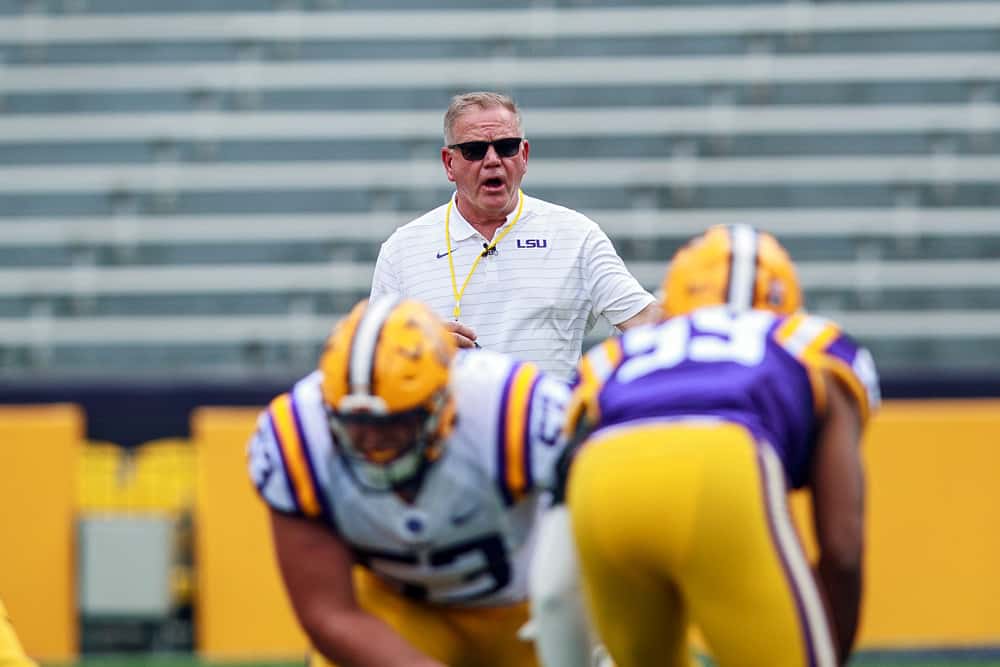 Is the ACC and Pac 12 going to make it through all of this? Will Notre Dame and Stanford be joining the Big Ten over the next week or two? Should Oregon State and Washington State remain power 5 programs? Is the Sun Belt and Mountain West Conference now the conferences with the real heartbeat of college football programs? Could the Big 12 be the beneficiary of all of this? Will Brian Kelly and the LSU Tigers give Alabama more than they bargained for this year in Baton Rouge? Will BYU score some revenge on Boise State after Andy Avalos and Hank Bachmeier beat them in Provo a season ago? Will Dave Aranda and Baylor continue to a thorn to the Oklahoma Sooners? Can Jack Plummer and the California Golden Bears stick it to their rivals the USC Trojans in Los Angeles?

Will Appalachian State at Coastal Carolina in Conway, South Carolina on Thursday night be one of the best games to watch all season? Can Dabo Swinney and the Clemson Tigers survive the cold weather trip to South Bend, Indiana against Marcus Freeman and the Notre Dame Fighting Irish? Could the Bo Nix and the Oregon Ducks get caught up on the road against Alex Fontenot and the Colorado Buffaloes in Boulder, Colorado? Will Mike Leach and Mississippi State make it two in a row against the Auburn Tigers?

Does Matt Campbell and the Iowa State Cyclones continue to handle JT Daniels and the West Virginia Mountaineers in Ames, Iowa? Will Don Brown at UMass and Jim Mora Jr. at UConn end up playing a great Friday night northeast battle? Will Jonathan Smith and the Oregon State Beavers give Michael Penix and the Washington Huskies a tough battle in Seattle on a Friday night? Could James Madison grab a huge power 5 win on the road at the Shack against Malik Cunningham and the Louisville Cardinals? Will Wake Forest and NC State Week 10 matchup decide the fate of the ACC Atlantic division?

Will the Miami Hurricanes and Florida State Seminoles rivalry start to get back on track this year? Could Mike Gundy and the Oklahoma State Cowboys get dealt a tough road game against Lance Leipold and the Kansas Jayhawks? Will Chip Kelly and UCLA take a beat down in desert against Emory Jones and the Arizona State Sun Devils? Will Frank Harris and the UTSA Roadrunners survive a tough road battle against the UAB Blazers without Bill Clark? We talk it all and more on this episode of The College Football Experience.