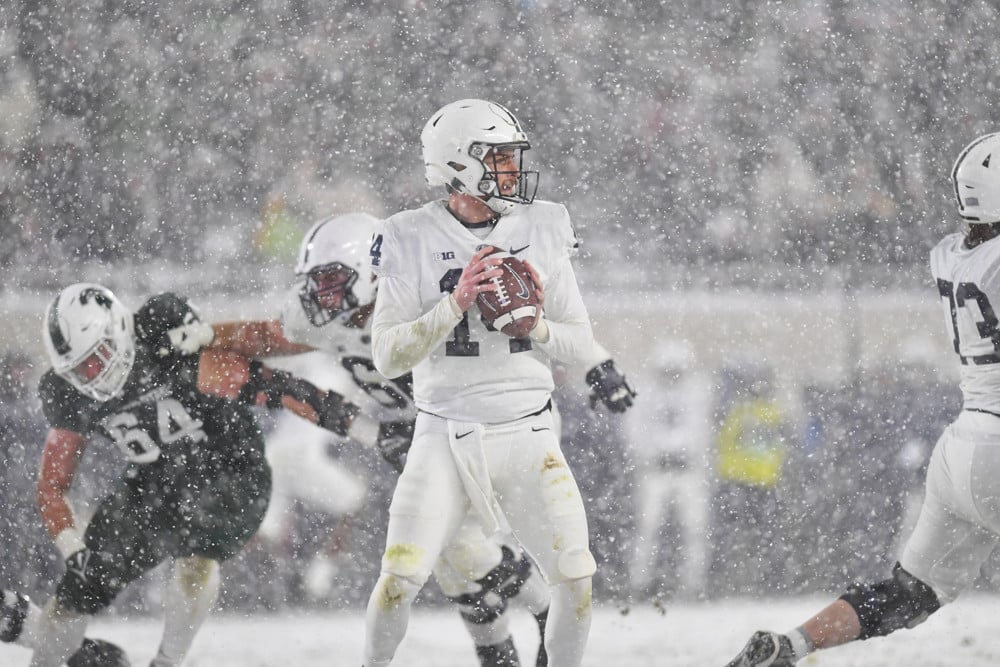 The College Football Experience (@TCEonSGPN) on the Sports Gambling Podcast Network continues its 2022 week by week college football preview series with the Week 9 2022 college football preview. Pick Dundee aka (@TheColbyD), Patty C (@PattyC831) & NC Nick (@NC_Nick) break down all the weeks top matchups and key in on what will happen and which games are going to be the best to watch. Plus the guys react to the brand new scheduling announcemnet about the future ACC scheduling, Arch Manning to Texas, Satterfield NIL at Louisville and more. Will Sean Clifford and the Penn State Nittany Lions pull off the upset over CJ Stroud and the Ohio State Buckeyes in Happy Valley? Is Miami Hurricane football back with their current NIL run on players?

Is there any chance that Billy Napier and the Florida Gators give Stetson Bennett and the Georgia Bulldogs a game in the Worlds Largest Outdoor Cocktail Party? Will Gus Malzhan and the UCF Knights get revenge on Luke Fickell and the Cincinnati Bearcats? Is this the year that Sam Pittman and the Arkansas Razorbacks take down Bryan Harsin and the Auburn Tigers? Will Dillon Gabriel and the Oklahoma Sooners get knocked off by Matt Campbell and the Iowa State Cyclones? Will Cameron Rising and the Utah Utes suffer a tough road loss when they head to Pullman, Washington to take on Cameron Ward and the Washington State Cougars? Did the ACC mess things up by not having the Miami Hurricanes play the Virginia Tech Hokies every year? Will Lane Kiffin and the Ole Miss Rebels make it two in a row against Jimbo Fisher and Texas A&M?

Will Tanner Morgan and the Minnesota Golden Gophers take care of business against Greg Schiano and the Rutgers Scarlet Knights? Will Southern Miss be a nice fit in the new Sun Belt Conference? Can Joey McGuire and Texas Tech take down his former team in the Baylor Bears? Will Adrian Martinez and Kansas State be a force in the Big 12 this year? Will David Shaw have the Stanford Cardinals playing much better ball this season? Did Old Dominion schedule a great out of conference schedule this season? Is Brennan Armstrong the most underrated QB in America? Are Syracuse and Florida State really rivals?

Can Mel Tucker make it 3-0 against Jim Harbaugh and the Michigan Wolverines? Will Justin Wilcox beat his old Oregon Ducks after turning down the Ducks job offer? Will Jaren Hall and the BYU Cougars survive a tough home game against Holton Ahlers and the East Carolina Pirates? Will Devin Leary and the NC State Wolfpack get the win against Grant Wells and the Virginia Tech Hokies in Raleigh, North Carolina? Do Emery Jones and the Arizona State Sun Devils grab a huge road win over Alex Fontenot and the Colorado Buffaloes? Does Jay Norvell and Colorado State give Andy Avalos and the Boise State Broncos a tough game in Boise on the smurf turf? Will San Diego State get revenge on the road against Jeff Tedford and the Fresno State Bulldogs? Will Jim Mora Jr. pull off the upset against Phil Jurkovec and Boston College? Can Will Levis and Kentucky beat Hendon Hooker and Tennessee in Knoxville? We talk it all and more on this episode of The College Football Experience.