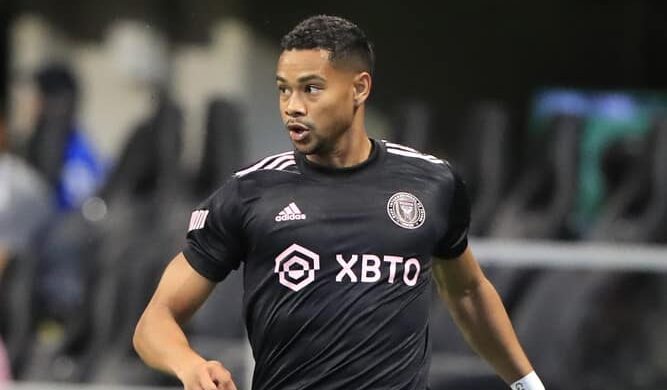 Another full slate of MLS games this weekend with some great matchups and some great value! Last week we had a couple bad beats but this week I’ve found a ton of value on plays that I really like so let’s get into it!

When you first look at this matchup you probably don’t get too over excited (unless you’re a fan of one of these teams). But I think there is some value in this one on the home side. Miami is unbeaten in six home games while Minnesota has lost their last three and have not kept a clean sheet in nine straight games.

71' | Drake with another one 🚫 pic.twitter.com/C3Z6MVWIGS

Minnesota has one of, if not the top keeper in MLS in St. Clair, and I expect him to be tested in this one. He’ll have to continue to play at the level he has been at all season for Minnesota to get a result on the road in this match.

In eight games at home, Miami has four wins, two draws, and two losses. They have only lost one match in their last five and have not lost in their last six home games.

H2H Stat: These two teams have not faced each other.

This is another game that I am looking at the home side to get all three points. Real Salt Lake is unbeaten in their last four home games, they have only lost one of their last five and rank 2nd at home this season.

Their one loss that they had recently was on the road at Vancouver where they gave up a very late penalty to cost them leaving that match with any points.

This guy is so good pic.twitter.com/wrgygq98Ut

The win was on the road against Atlanta in a game they got absolutely outplayed and extremely lucky to find anything in that match.

Salt Lake has not lost at home this season, they have six wins and one draw. Columbus has only won once on the road and was that most recent win that they were very fortunate to get.

H2H Stat: Real Salt Lake has not lost to Columbus at home in their last four.

This should be an excellent match to watch Sunday afternoon! Two of the top teams in MLS in a match that I expect to be hard fought, back and forth with plenty of tempo.

Los Angeles FC has only suffered one defeat this season at home while conceding just about a goal a game in those matches. They have lost two of their last five and have only kept one clean sheet in their last six matches.

Red Bulls on the other side rank first away from home but have struggled in their last two away games, not being able to find the back of the net in both of them.

They have a record of five wins, one draw, and two losses on the road while scoring almost two foals a game and conceding one per game.

Both teams have strong offensive pressure and skill. But both teams have also shown vulnerability on the back end and can be beaten if pressed and by getting balls into the box.

This match features two middle-of-the-pack teams but I actually expect goals to be scored in this one. Vancouver is not the most electric team to watch but they always seem to find a way to be in the game or pull back a goal when getting behind.

They have played very well at home, unbeaten in their last six. That’s four wins, two draws, and only losing once. They have also been awarded the most penalties this season with five and have only lost one of their last five matches. They are coming into this game in form for sure!

WHITE WITH THE BRACE!!!@_BrianWhite42 gets his second of the game in the 74th minute to put the ‘Caps up by 2!

New England has also been playing well of late. They too have only one loss in their last four but have not kept a clean sheet in their last nine matches. They have only won two away games this season in seven matches and have conceded over two goals a game in that time.

I like Vancouver at home in this match vs an opponent that has struggled on the road and has really struggled defensively away from home.

H2H Stat: Vancouver has scored in every home match vs New England Revolution.