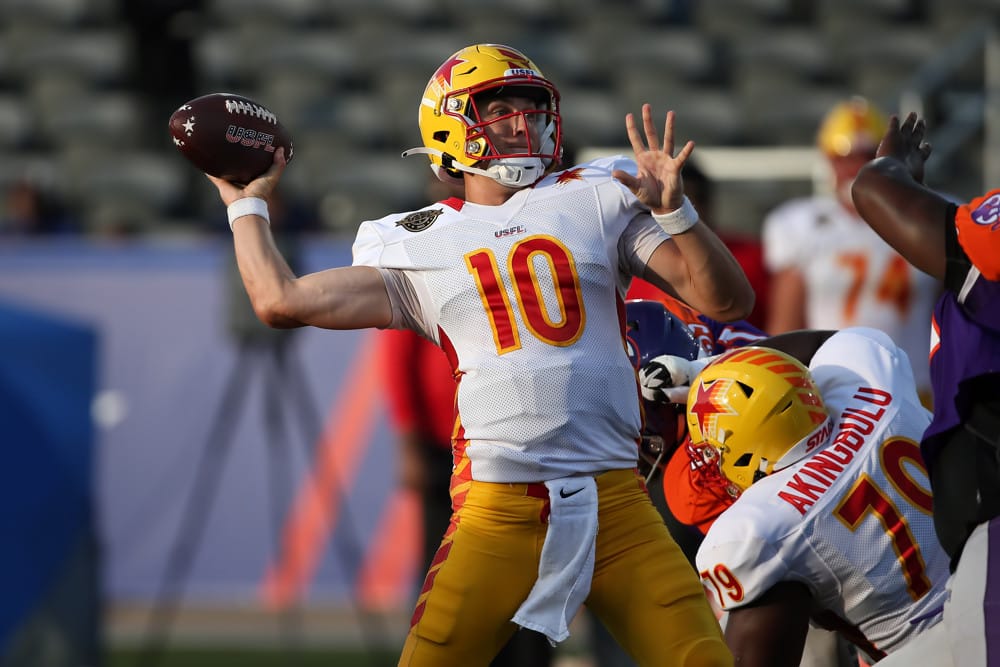 Welcome to Episode 104 of the SGPN Fantasy Football Podcast! This week, Rod Villagomez welcomes Justin Mark to the show. Justin and Rod recap the fantasy championship week of the United States Football League and give you some of their favorite players from the inaugural season.

Does Bug Howard deserve a look from an NFL camp? Can Bo Scarbrough continue to be a dominant USFL running back for years to come? Has KaVontae Turpin turned enough heads to be playin on Sundays in the fall? Did the Houston Gamblers defense win you a USFL Fantasy Football Championship? Who was your favorite player this season? Justin and Rod give you their thoughts on these USFL Fantasy Football Championship questions in this week’s episode.